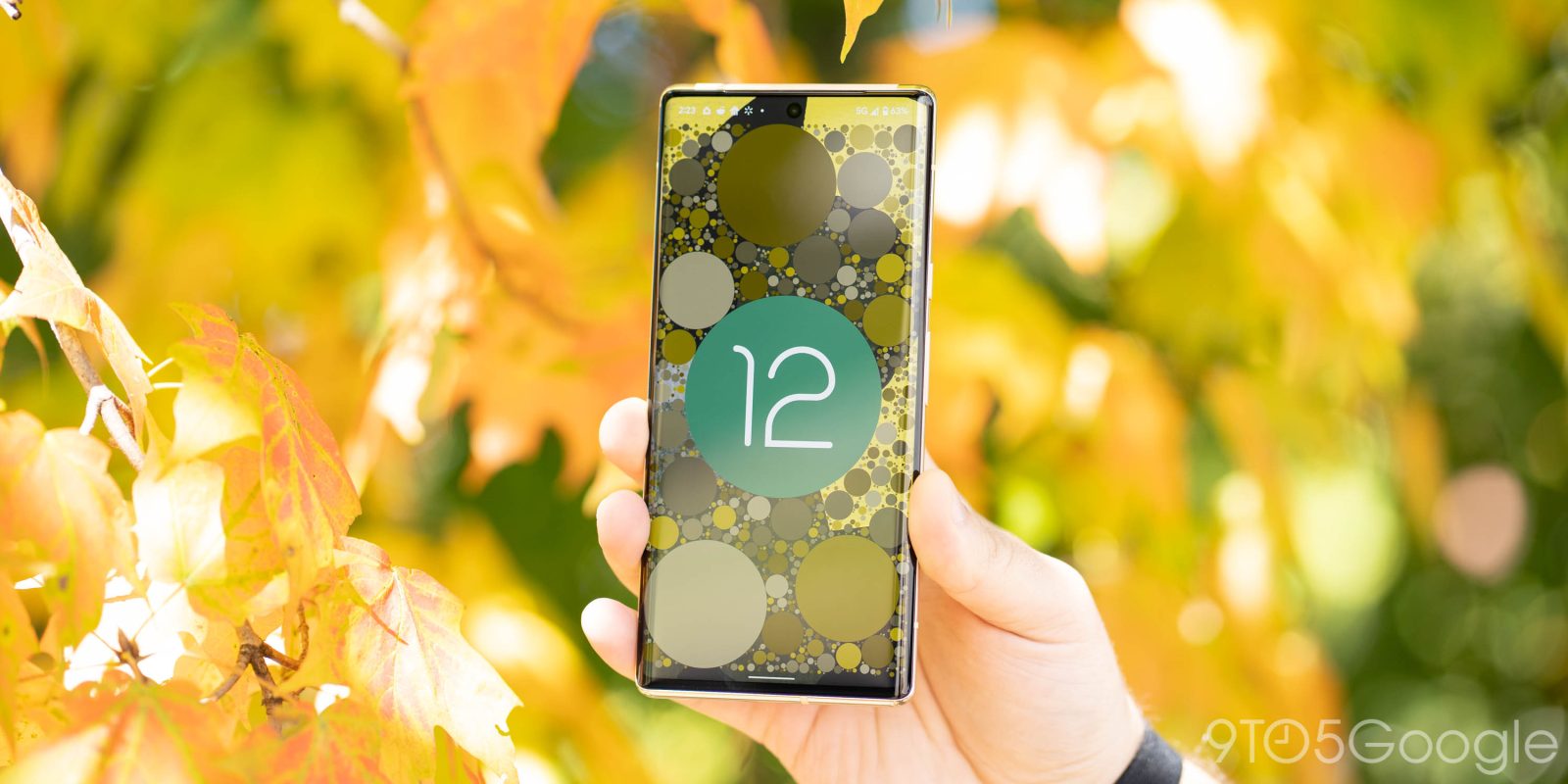 At the 2021 Android Dev Summit, Google announced Android 12L as a “feature drop” for foldables, tablets, and Chrome OS, but it will also be coming to phones, and Pixel devices – in the future – can sign-up for a Beta.

Google today is “keeping the focus” on large screens as “most of the new features won’t be visible on smaller screens.” That said, the images made available allude to possible tweaks for phones.

We see “Device controls” referred to as “My Home,” which could be a sign that the custom name of your “home”/grouping in the Google Home app is now used to title the QS tile, while the number of available devices is now listed in the line below. Lastly, there’s a new logo that matches Google Home’s Themed icon.

Similarly, the “GPay” quick setting uses the new app icon rather than a generic credit card.

Instead of a small dot, the media player looks to use a wider pill to note the active now playing session.

Lastly, the graphic of the new quick settings and notification shade across different screen sizes shows a dedicated tile for Wi-Fi rather than the combined “Internet” approach that’s in stable today. That said, Google on Monday defended the unified panel, so it’s not clear whether this render is reflective of the final build.

Android 12L is Google’s opportunity to address various usability complaints in the current stable release. Developers today can preview the large-screen features via an emulator. “Later in the preview,” Google will make 12L available through the existing Android Beta Program for Pixel phones.

Beta 1 will come in December, with Google explaining last week that the Beta Program will remain open and how end users have until then to opt out before the next cycle begins. The Pixel 4, 4a, 4a 5G, 5, 6 and 6 Pro will be eligible.