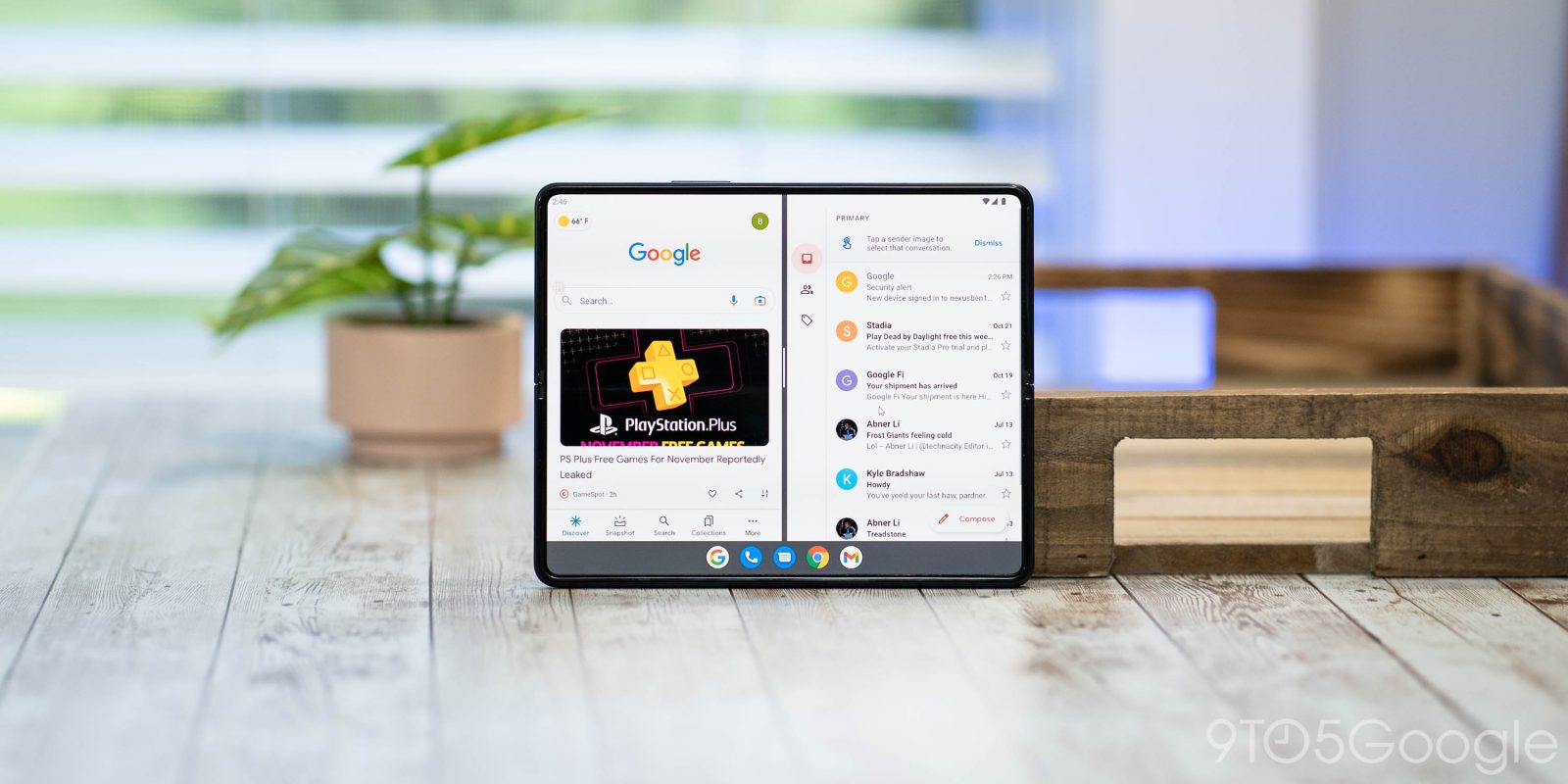 Google is renewing interest in big-screen Android devices with the announcement of Android 12L. The upcoming “feature drop” add-on to Android 12 brings enhancements to multitasking and usability on these larger devices and, thanks to an emulator, we can see what those changes will actually look like on the Galaxy Z Fold 3’s form factor and how the Android 12L taskbar works.

Booting up Android 12L in the Android Studio emulator, we can set the screen size to match that of the Galaxy Z Fold 3 (7.6-inches at 2208×1768). This gives us a good idea of how Google’s new ideas work on one of its key target form factors, foldable smartphones that “open” to turn into a tablet.

One of the first places Android 12L is supposed to be identifiable is through its notification/quick settings tray, which adds a side-by-side layout in this update. Interestingly, this only works on the Fold 3’s display when it is rotated into landscape, as pictured below.

In both orientations, though, we can see Google’s multitasking enhancements. The new multitasking screen shows one app in large view with a new “Split” shortcut underneath, and further apps are shown in a 4×4 grid off to the left of that one app.

The split-screen mode is also notably tied to device orientation in Android 12L. If the Fold 3 is in Portrait Mode, windows can only be stacked on top of each other, and in Landscape mode it only works side-by-side. This is opposed to Samsung’s method in One UI which allows for either option at either orientation. Luckily, there’s plenty of time to change this.

We also see Android 12L’s new taskbar, which allows users to grab apps from the bar and drag them into split-screen mode without leaving their current app. Even in just this brief test, this feels more intuitive than anything on Android today, even One UI. I do find it interesting, though, that there is no way to turn the constant taskbar off in 12L’s current state. Apparently, this is due to a bug that Google is aware of in the emulator version of 12L.

I am glad to see that the taskbar also doesn’t activate on the Fold 3’s outer display by default.

The taskbar in Android 12L also works differently from how you might expect. Instead of being a customizable dock, it simply mirrors the dock on your homescreen, which is still limited to just 5 apps.

Rounding out what we’ve found so far in Android 12L. App pairs are live, as we initially reported were coming almost 10 months ago.

Android 12L will be in development for the next few months with a full release in the first quarter of 2022.