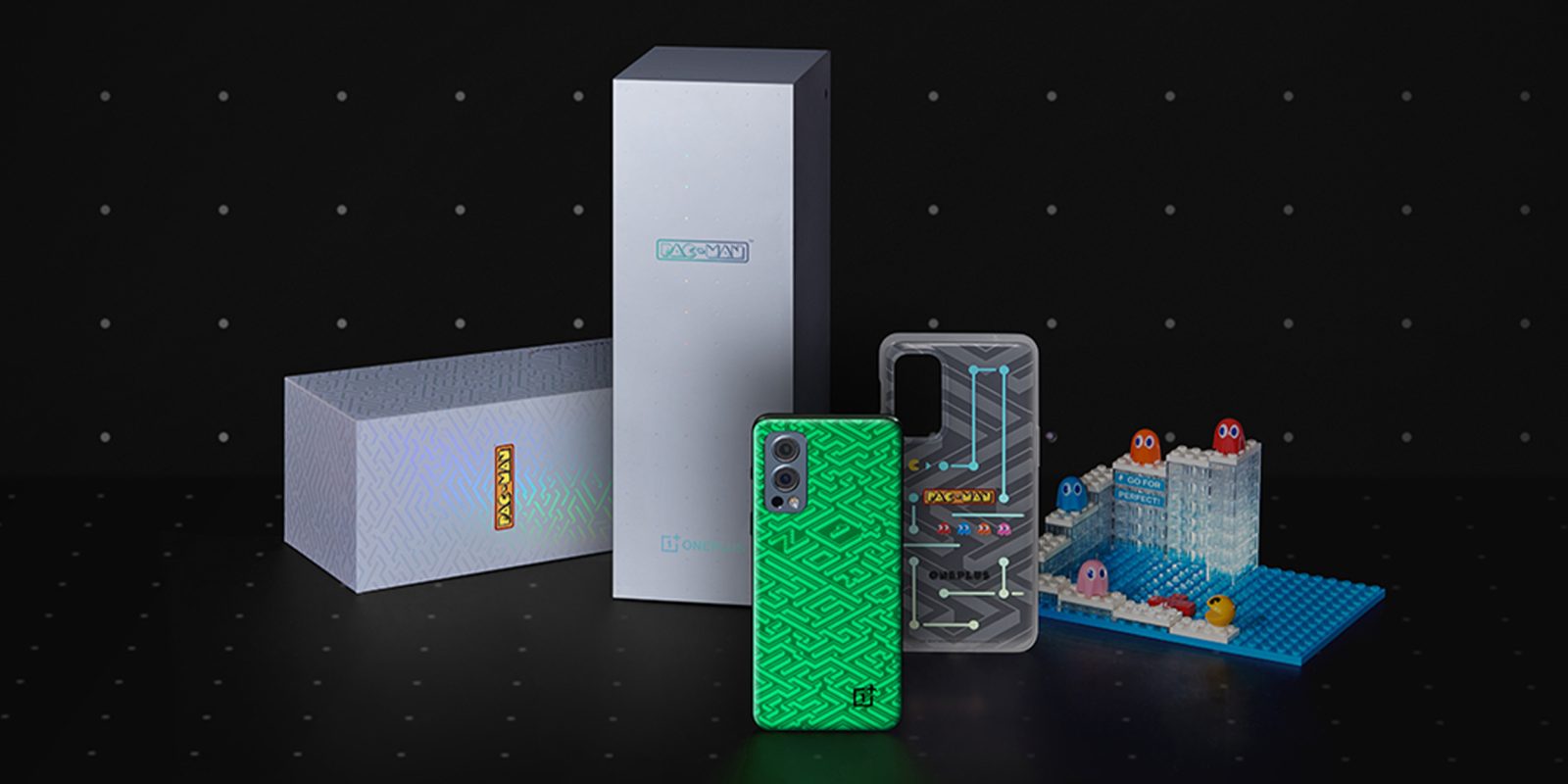 After evidence found that OnePlus planned to launch a Pac-Man-themed device, the company has “unveiled” the Nord 2 Pac-Man Edition device.

[Update 11/15]: After announcing the device, OnePlus has now courteously allowed us to get a glimpse of the OnePlus Nord 2 x Pac-Man Edition, and it actually looks pretty darn good. The original Nord was okay, the Nord 2 was rather nice, but this special edition is probably the best of the bunch.

OnePlus has gone all-out on the collab here with the device coming with a wonderfully themed case plus a little Lego-like stand that comes complete with Pac-Man and perpetually chasing ghosts. This is arguably the coolest part of the special buyers kit and is a great extra.

As for the actual smartphone hardware, the two-tone finish has two elements. Firstly, the “main” color features a simple design that has power pellets and a Pac-Man icon, but the secondary color only activates when dark. The glow-in-the-dark finish shines in a neon green color and features a design that mimics a maze with “Nord” and the OnePlus logo.

The alert slider of the OnePlus Nord 2 × Pac-Man Edition sports the same dark blue color as when in-game ghosts become vulnerable to attack when Pac-Man eats a power pellet. This is a very subtle touch that you might not even notice at first glance.

The actual software includes all manner of tweaks with Pac-Man ringtones, audio, and photo stickers. OnePlus touts a special Pac-Man camera filter with a version of the classic arcade title pre-installed for you to sink your teeth into. Overall it’s a strange combination but a tastefully done collaboration for OnePlus.

The announcement came via the OnePlus Forums, but frustratingly the Chinese firm didn’t even share a single image of the phone. That said, OnePlus has said that this smartphone glows in the dark, which we guess channels some of the classic arcade cabinets of yesteryear. One of the saving graces is that OnePlus confirmed that they won’t “just slap a new logo on an existing device and call it a day.”

The announcement goes on to hint that the new glow-in-the-dark finish will include some other Pac-Man tweaks to help properly differentiate from the standard OnePlus Nord 2. One of those is touted as a “maze inspired by the classic game.” We’ll just have to wait and see how they have achieved this once the device hits online store shelves. OnePlus has confirmed that OxygenOS is being tweaked with Pac-Man tweaks and UI alterations for this special edition smartphone. It’s not clear if the smartphone will run Android 11 or Android 12.

No word was shared upon the internals, which previous leaks suggested could include the Qualcomm Snapdragon 778G chip. However, the only official confirmation of the OnePlus Nord 2 Pac-Man Edition’s internals was that it will come in a single configuration that includes 12GB of RAM and 256GB of internal storage.

Like the original OnePlus Nord and the Nord 2, this Pac-Man Edition will only be available in European and Indian markets. However, it isn’t having an ordinary sale period or availability. You can try your hand at a special version of Pac-Man over at https://pac-man.oneplus.com and post a high score to be in with the chance of winning one for yourself.

If you don’t win, you’ll get an early access code to pre-order the device for yourself. Three lucky winners will be chosen between November 8-11, while a further contest extension between November 12-15 will give you a code to get a free pair of OnePlus Buds Z with an early order of the device. Yep, we’re unclear as to when you’ll actually be able to order the phone. However, it will cost €529, £499, and ₹37,999 when it does inevitably go on sale.