Google nets Giannis Antetokounmpo as ‘new face’ of the Pixel 6 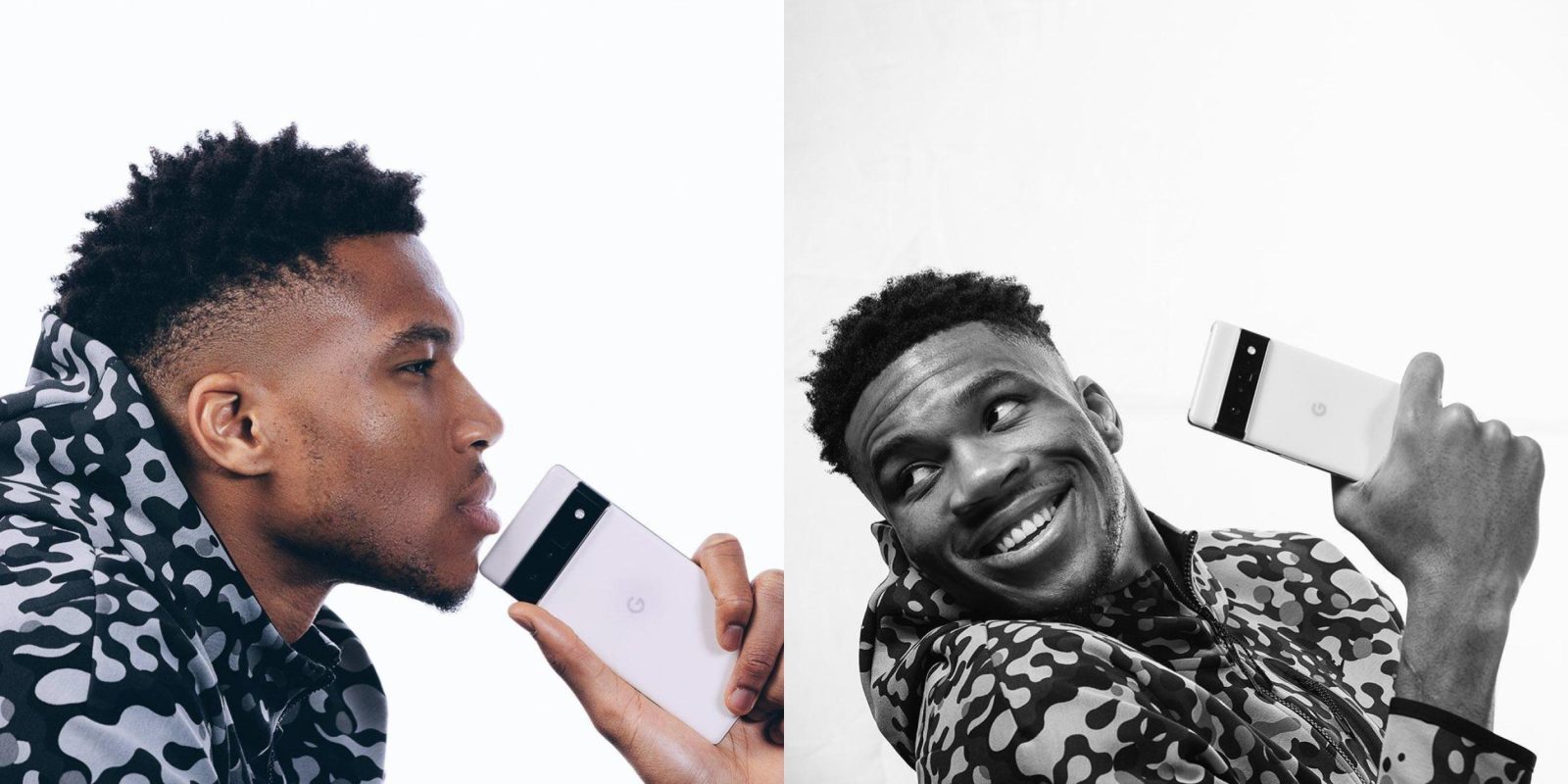 The Pixel 6 has seen more advertising than any past Google device, and the marketing campaign is continuing with Giannis Antetokounmpo becoming the “new face” of the NBA’s “Official Fan Phone.”

Just before the Pixel 6 and 6 Pro unveil in October, Google and NBA announced a renewed partnership that saw Pixel become the Official Fan Phone of the NBA, NBA G League, and NBA 2K League. The multi-year partnership also involves Google working to “create exciting immersive experiences for fans using our 3D and AR technology,” presumably in the form of AR athlete models in Search.

In the post-season, Pixel will be the first-ever presenting partner of the NBA Playoffs, while YouTube TV remains “presenting sponsor.” In 2019, Google Pixel “presented” the NBA Eastern Conference Finals.

Giannis Antetokounmpo announced on Instagram and Twitter — yes, the Android app was used — this evening that he’s the “new face of the Google #Pixel6.” It includes a mini-photo shoot that sees him with the Cloudy White 6 Pro, and a selfie shot using the ultrawide angle front-facer. Another image shows him using the phone in the official case.

The phone looks normal-sized in Antetokounmpo’s hands. The Milwaukee Bucks power forward is 6′ 11″ and was NBA Finals MVP last year.

Aligning with the NBA is a high-profile move for Google. Another recent example is how Stephen Curry “teamed up” with Palm on the small phone revival several years ago. Meanwhile, it’s odd for Google — with its Bay Area roots — not to do something with a Warriors player.