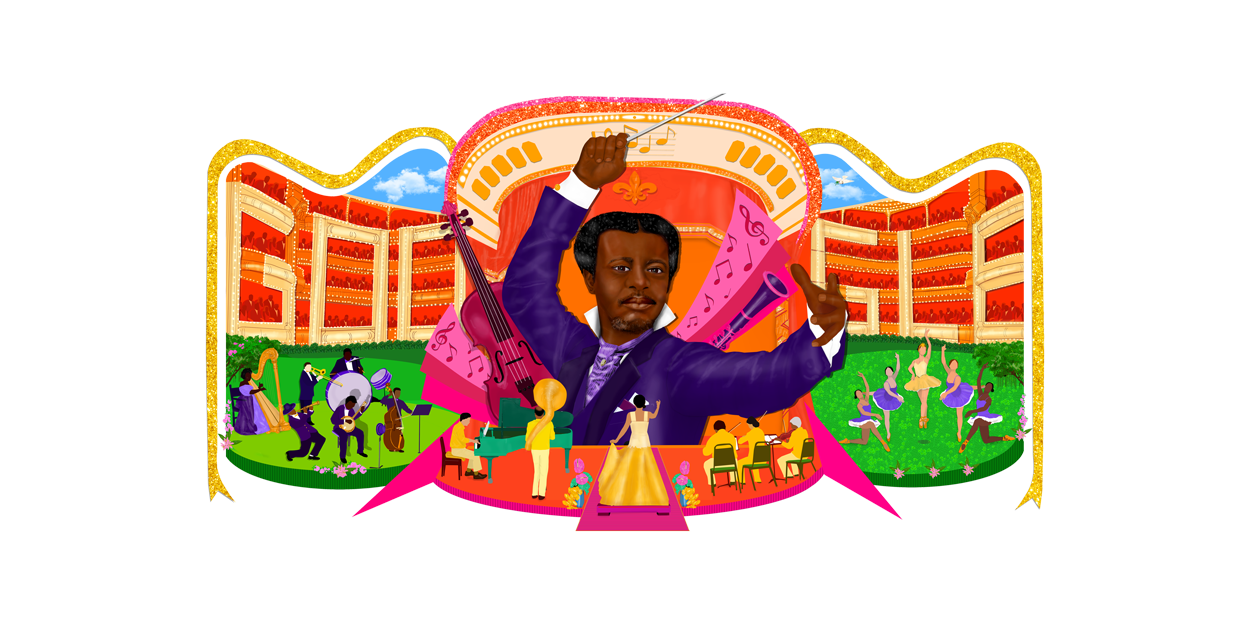 Google is celebrating the 194th birthday of Black Creole composer Edmond Dédé by replacing its homepage logo with a Doodle in his honor.

Edmond Dédé was born on November 20, 1827, in New Orleans, Louisiana. Not much is known about Dédé’s early life, but he did learn the clarinet at a young age, as his father was a music teacher. Dédé later switched to violin, an instrument at which he would soon be considered a prodigy.

Many prominent musicians and composers taught Dédé how to compose his own music. That is, until the end of the Mexican–American War in 1848, when Edmond Dédé left the country to seek a job in Mexico and a reprieve from the significant racial oppression found in the southern United States.

In 1851, Dédé published “Mon Pauvre Cœur,” his earliest surviving work of sheet music. Later that same year, he moved back to the United States and began working hard to save enough money to move to Europe to continue studying classical music. He finally moved to Paris in the late 1850s and began studying at the Conservatoire de Paris.

A few years later, Edmond Dédé married a French woman, Sylvie Leflet, and together they moved to the city of Bordeaux, where he accepted the position of assistant conductor for ballet at the Grand Théâtre. Between this role and a later job at Théâtre l’Alcazar, Dédé found opportunities to let his creativity loose, crafting hundreds of songs, operettas, and ballets. Many of his compositions are still preserved in the Bibliothèque nationale de France, in Paris.

Only once after his move to France did Edmond Dédé ever return to New Orleans, in 1893. During the voyage, his vessel was shipwrecked and while the passengers were able to be rescued, Dédé’s favorite violin was lost. Fortunately, he was able to obtain a suitable replacement ahead of his sole performance in New Orleans. Edmond Dédé died a few years later on January 5, 1901.

Today’s Doodle was commissioned by Google from Brooklyn-based artist Lyne Lucien, and it depicts Edmond Dédé conducting an orchestra, with a violin and clarinet behind him. In true Google Doodle fashion, the rows of opera seating on either side have decorations that spell out “Google.”

Over on the Google Doodle Blog, you can find a few early drafts of the artwork, along with an interview with Lyne Lucien.

As a Haitian-American artist, I took pride in depicting Edmond Dédé, an incredible artist of Haitian descendent. Through his music compositions, he captured the joyful and vibrant spirit present in Haitian culture. Dédé’s revolutionary music compositions reminded me of my childhood growing up in Port-au-Prince, which was colored in passion and spirit.