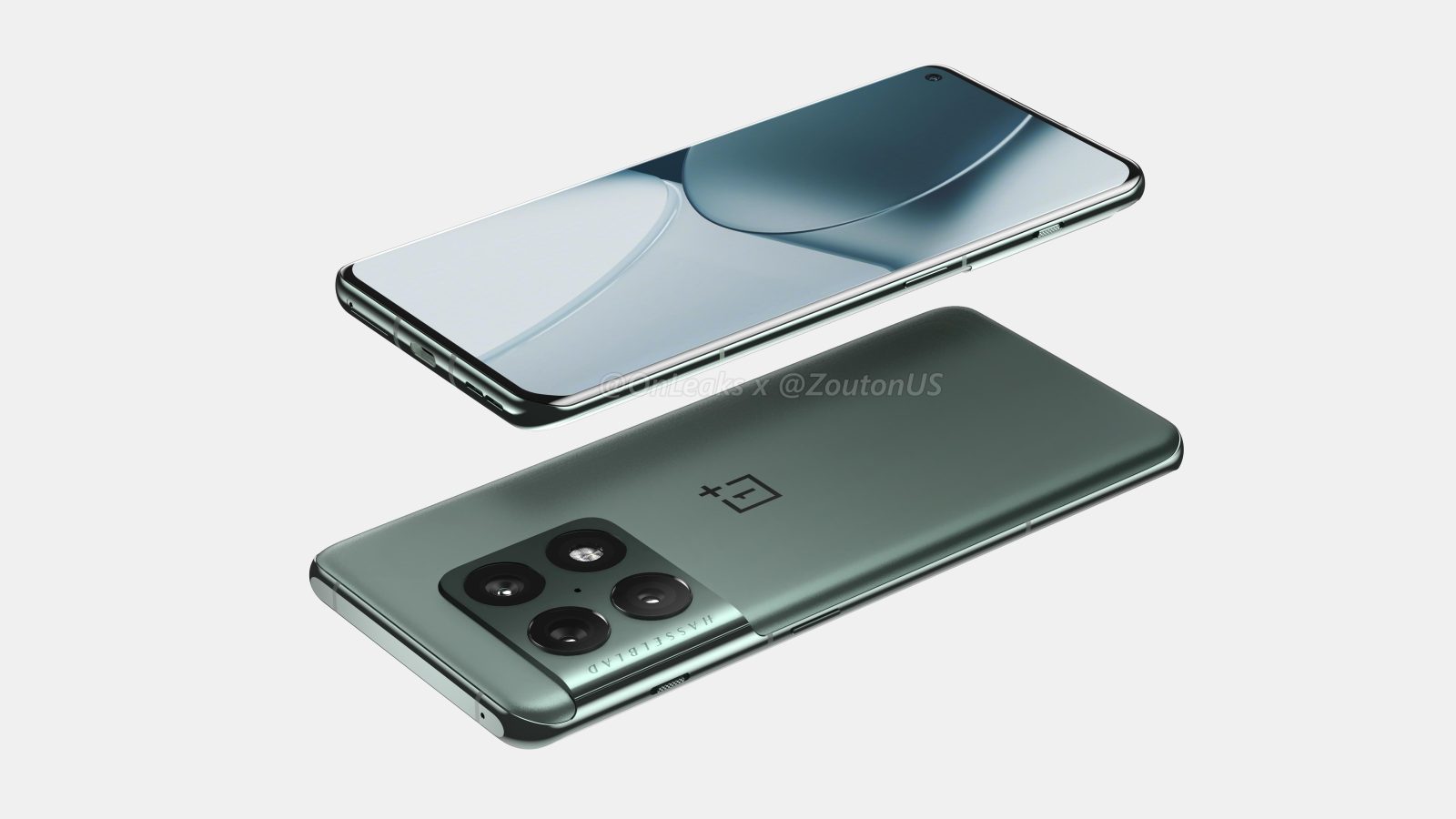 A fresh leak offers up our first potential look at the OnePlus 10 Pro’s specs, and it seems to be a relatively minor upgrade on the whole.

@OnLeaks and 91Mobiles published a partial list of the OnePlus 10 Pro’s specs, confirming details such as the cameras, processor, and more. According to the report, most core specs aren’t going to change. The display will be a 6.7-inch QHD+ display at 120Hz, the same size and refresh rate as the OnePlus 9 Pro.

Under the hood, up to 12GB of RAM and up to 256GB of UFS 3.1 storage will be paired with the next-generation Snapdragon flagship. Apparently, that chip will be called the “Snapdragon 8 Gen 1” instead of the Snapdragon 898. Qualcomm recently teased this name change.

Rounding things out, a 5,000 mAh battery will power the device and act as a 500 mAh upgrade, with an IP68 water resistance rating keeping everything safe. The camera array will also allegedly include a 48MP camera, 50MP camera, and 8MP camera on the back, making up the primary, ultrawide, and 3.3x telephoto cameras respectively, in line with last year’s release. It appears the monochrome sensor has been removed altogether. Meanwhile, the selfie camera will be a 32MP sensor, twice the resolution of what is on the OnePlus 9 Pro and matching what’s in the OnePlus Nord 2.

The OnePlus 10 series is expected to arrive in the first two months of next year with an exclusive release in China first before releasing globally at a later date.