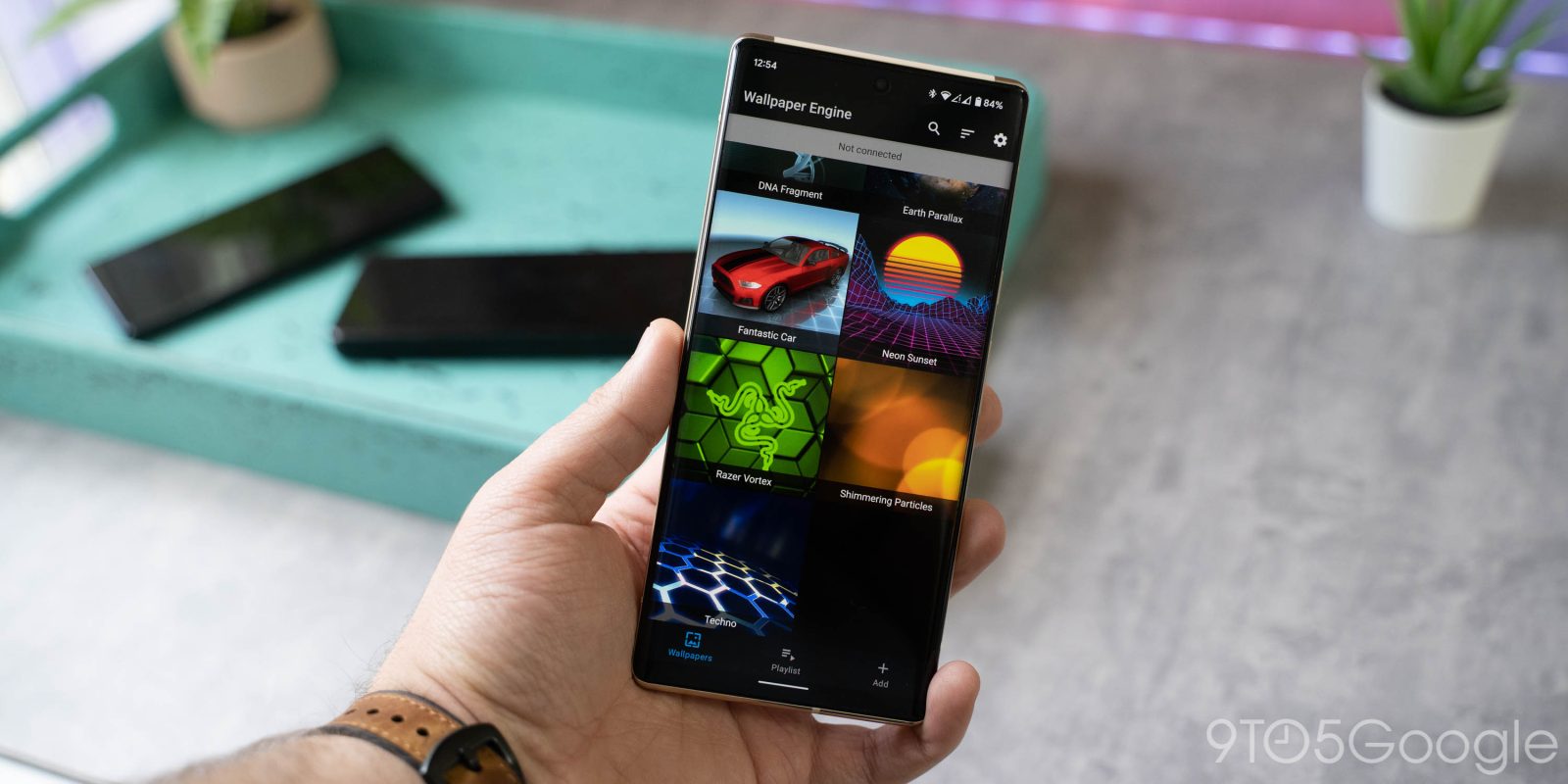 Animated wallpapers can be a lot of fun, and on PCs, there’s a useful app called Wallpaper Engine to offer a huge amount of flexibility in creating their wallpapers. Today, Wallpaper Engine is making its way to Android, with support to bing the same wallpapers on your PC over to your phone.

Wallpaper Engine consists of two primary functions. For one, users can create their own animated wallpapers using their own assets. There are a variety of effects that can be applied, including a new Depth Parallax effect added in Wallpaper Engine 2.0. Alternatively, the Steam Workshop is full of wallpapers created by a community of other users.

The Android app has a small collection of wallpapers pre-loaded including “Dino Run,” “Neon Sunset,” “Techno,” and more. These offer an idea of what the app is capable of including options such as the playback rate, color options, and more. The settings vary with each wallpaper. Videos and GIFs can also be imported to the app to use as a live wallpaper. These options don’t require the paid Windows app.

Paired to the Windows app, Wallpaper Engine can greatly expand with access to thousands of other wallpapers and more powerful customization tools.

Wallpaper Engine supports Android 12’s Dynamic Color, motion based on the gyroscope, and can even act as an audio visualizer for songs on supported wallpapers. The app also pauses all effects when your phone goes into power-saving mode and has performance settings to reduce power consumption.