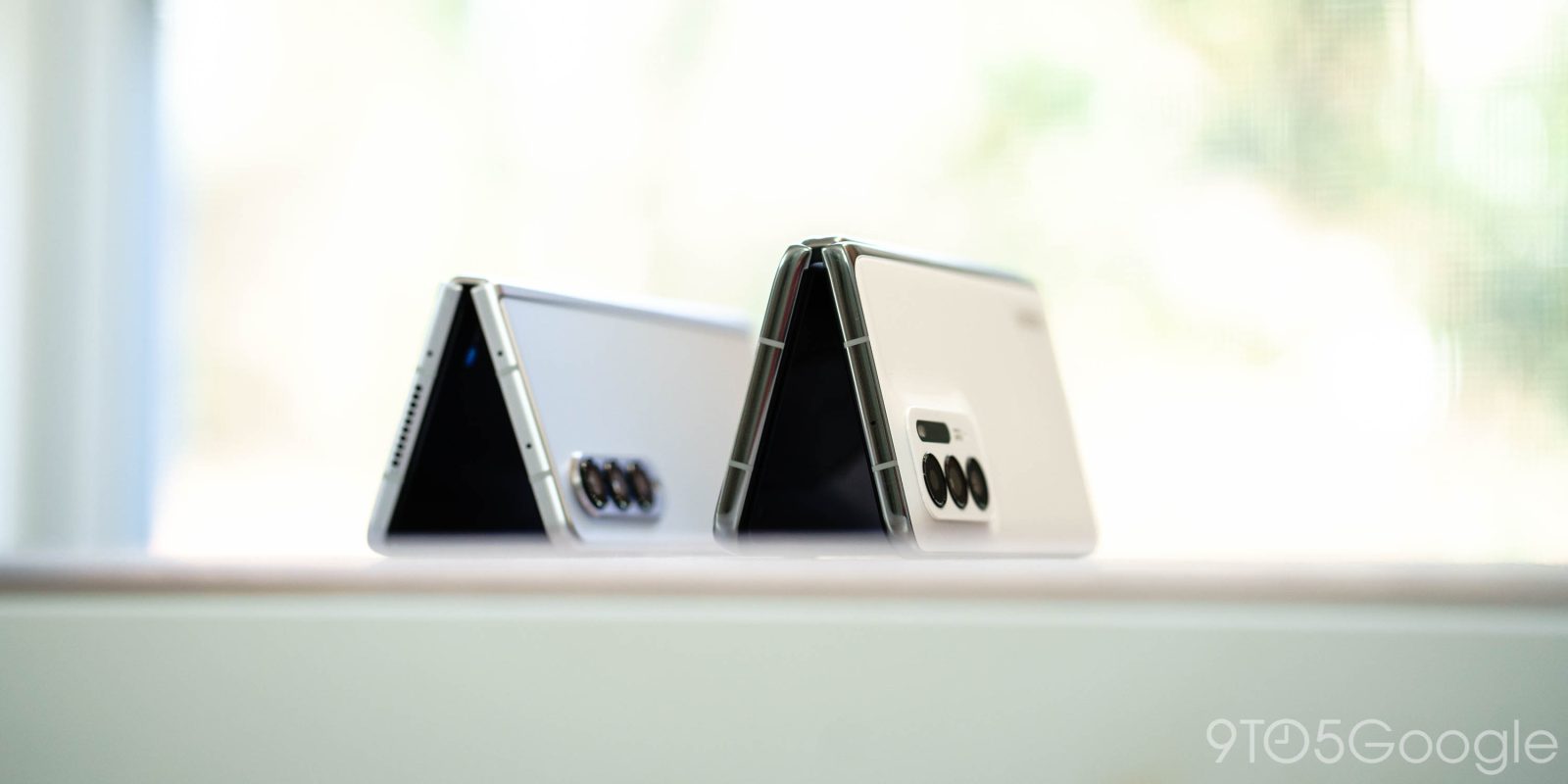 Foldable smartphones still feel like a technology of the future, despite having been real and for sale for over two years at this point. I still nerd out just a little bit every time I open up my Galaxy Z Fold 3. Last week, Oppo unveiled its first foldable, the Oppo Find N, and it actually addresses a lot of the Fold’s pain points while still showing there’s no “right” way to make a foldable.

Oppo Find N: What it brings to the table

The Oppo Find N is a “book” style foldable, just like Samsung’s flagship and, on the spec sheet, it’s a pretty similar product.

The Find N comes with a 5.5-inch outer display and a 7.1-inch inner display. It has a Snapdragon 888 under the hood, up to 12GB of RAM, and up to 512GB of storage. There’s a side-mounted fingerprint sensor, Android 11, a 4,500 mAh battery, wireless charging, 33W wired charging, and a solid camera array. A 50MP primary camera is backed up by 16MP ultrawide, 13MP telephoto, and a pair of 32MP selfie cameras. It’s a flagship by pretty much all means.

What really makes the Find N stand out, though, is how Oppo has worked to address some common complaints about Samsung’s approach to foldables. The main thing that’s getting attention is, of course, the hinge and the crease that it reduces. Each of Samsung’s foldables has shipped with a prominent crease down the center of the screen, and it’s something that the company hasn’t really addressed in any way, while it’s also seemed to be a cause of issues in some cases.

Oppo, on the other hand, has employed a new hinge design that essentially eliminates the crease. The “Flexion” hinge leaves some extra space in the hinge to give the screen a bigger curve when it closes. In action, this works wonderfully, and unless you hit the light just perfectly, it’s virtually impossible to see the crease on this screen. It looks and, more importantly, feels flat. That said, it’s hard to say if this will last. Motorola employs a similar method on its Razr foldable, and the lack of crease doesn’t stick around forever, whereas Samsung’s crease doesn’t change over time.

This design also means that the hinge leaves no gap when the phone is closed like Samsung’s design does. It looks visually better and keeps pocket dust out of the inner display. The hinge also feels significantly better than Samsung’s, with a springy feeling as it opens and a satisfying “thud” as it closes.

Something else that Oppo looks to address is the comfort of using the inner display as a tablet. The inner display is wider than Samsung’s by default, which means that most of the time you’re opening the phone, you’re immediately launched into a tablet experience. The benefit of this is that, for tasks like reading or web browsing, you’ve got a wider canvas for running two apps at once and consuming content. It’s also better for video by default, making this an awesome media device.

The outer display, too, is a bit more useful because it has a wider aspect ratio. The Fold’s outer display, on the other hand, is very narrow and, in turn, a bit hard to type on comfortably. The Find N’s outer display is basically a normal smartphone display, just smaller at 5.5-inches.

Samsung’s foldable still has the edge… for now

While the Find N does get a lot right, it’s not perfect, and Samsung has some advantages overall.

First and foremost, there’s the software. Oppo’s Find N is a device destined solely for the Chinese market, with no plans for other regions at this point. As such, the version of ColorOS on this phone is frustrating to use for anyone in other regions. Even though Oppo set up review units with Google Play Services, the experience is full of apps that don’t translate to English and a very heavy skin that breaks a lot of other features. Messaging notifications from Telegram, Google Voice, and Slack were often delayed by several minutes compared to other devices – if they arrived at all. And that’s even with battery optimization turned off for those apps. Samsung’s One UI has its flaws and its haters, but it is hands down a better experience than ColorOS.

Samsung’s software also feels more thoughtful for the foldable experience compared to Oppo’s. Oppo has some neat gestures to active multi-window and the same floating app feature, but Samsung allows users to put three apps on-screen at once. Samsung’s launcher also allows users to have a different layout for their outer screen and inner screen, something Oppo doesn’t do. This means the outer display feels cramped on the launcher, while the inner wastes space. Something I’ve learned while using a foldable is that the inner and outer screens are mostly used for different things, and it’s nice that Samsung allows the home screen to reflect that. Plus, Samsung added neat extra features like a side-mounted taskbar that Oppo doesn’t offer.

Oppo’s software isn’t all bad, though. There are some really neat ideas, like the ability to resume an app on the outer screen by closing the inner, then swiping up. Samsung only allows this as an all-or-nothing option on apps you choose. However, I did find myself triggering this constantly by mistake on the Find N.

It’s an unpopular opinion, but I also think Samsung’s funky aspect ratio on the Fold 3’s outer display is a benefit more than it is a hindrance.

The super-narrow aspect ratio makes the very thick closed device feel more comfortable in the hand, especially for one-handed tasks. And, generally speaking, the things happening most often on the outer display are one-handed tasks like scrolling social media or responding to messages. The narrow screen is uncomfortable to type on with two thumbs, but with swipe typing, it’s actually quite nice once you get used to it. That said, the Find N’s delightfully compact form factor makes up for the thickness and wider display, but the minimal difference makes me wish I had more grip on the hardware that a narrow aspect ratio would provide.

And then, of course, there are just the advantages Samsung has after three generations of this technology. Samsung’s latest foldables have water resistance, the Find N does not. We know the durability and lack thereof of the Fold 3, thanks to its predecessors. With the Find N, we don’t. Samsung is using under-display cameras to improve the display experience (mostly). Oppo doesn’t offer that, and honestly, I find the corner hole punch really distracting on this model. Perhaps most compelling, Samsung’s foldable works with a smart stylus while Oppo’s does not.

Where do we go next?

There is no “right” way to make a foldable smartphone yet. We know the “wrong” way based on today’s materials, those, of course, being the now-rare outward folding devices. Samsung’s Galaxy Z Flip format has its place, but I’ve always felt the Galaxy Z Fold 3 and, now, the Oppo Find N are the form factor to beat and the one people actually want.

Oppo has made some great strides in improving this design and fixing the sore points, but the Find N isn’t perfect. Neither is the Galaxy Z Fold 3. We’re still in the early days. The best thing about the Oppo Find N is that it’s trying hard to compete, and that’s only going to push Samsung to get better. And over time, every future foldable will benefit from that competition.

Note: Since the Oppo Find N is currently a device that will only be sold in China, and the software reflects that, we won’t be publishing a full review of the device. That may change if Oppo decides to release it in other markets.