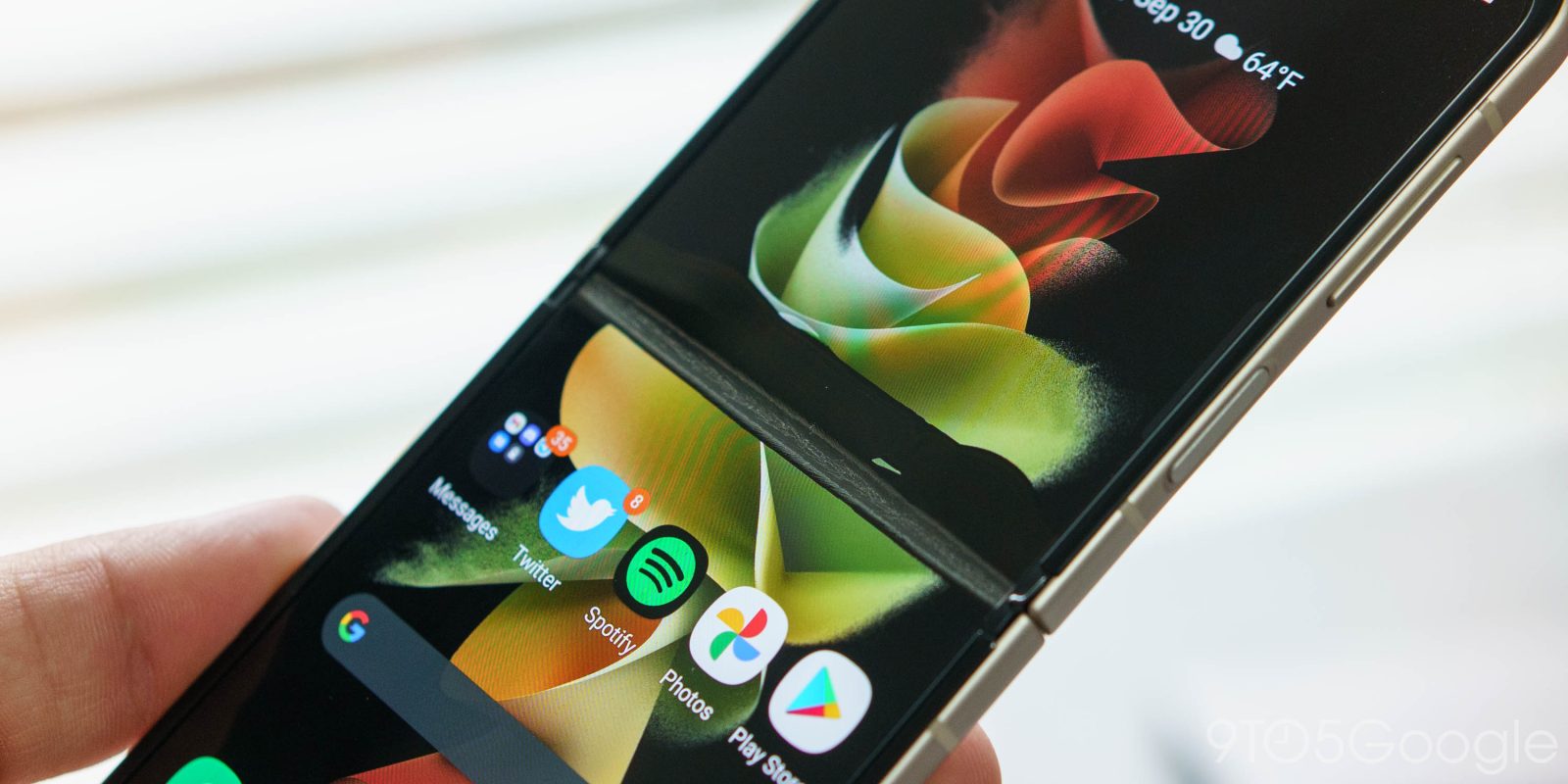 I’ve been enamored by foldable smartphones ever since Samsung launched its original Galaxy Fold, but there’s no denying this technology is in its early days. Even as phones like the Galaxy Z Fold 3 and Galaxy Z Flip 3 inch their way into the mainstream market, it takes just one flaw to serve as a reminder that these phones still have some progress to make when it comes to durability, specifically with the glass.

Samsung has pioneered several major improvements to the foldable space, particularly when it comes to strengthening these designs and making them more viable for everyday use. Perhaps the biggest win the company has had to date came with the debut of the Galaxy Z Fold 3 and Galaxy Z Flip 3, both of which are the first folding smartphones to pack any sort of water resistance. It’s still not quite at the level of other flagships due to the lack of proper dust resistance, but these phones can take a dunk and keep on kicking. A recent durability test really shows just how far Samsung has come.

Another area of the foldable concept Samsung has made major improvements in is the hinge. Following its public stumble on the original Galaxy Fold, the Galaxy Z Flip introduced a special “brush” inside of the hinge that is designed to keep the mechanism free of debris. After four foldables have now applied that technique, with those original issues basically gone, it seems safe to say that the tech has done a pretty good job.

However, there’s still one area where Samsung is still struggling to figure out the perfect formula when it comes to foldables, and that’s in regards to what lies on top of the OLED panel. In the case of the Galaxy Z Fold 3 and Flip 3, that’s a layer of ultra-thin glass, and in fact, the same layer was also applied to the Galaxy Z Flip, Z Flip 5G, and the Galaxy Z Fold 2. What do all of these devices have in common? A mysterious issue that sees the glass shatter for seemingly no reason.

Recently, I picked up my Galaxy Z Flip 3 review unit after a few days of no use, and I was shocked to see that the ultra-thin glass had broken. I hadn’t dropped the phone in recent days (only once in my usage, weeks beforehand), I hadn’t exposed it to extreme heat or cold, I hadn’t even really touched it over the course of at least a few days, so the shattered glass came as a genuine shock to me.

Over the course of the day, the issue only got worse after the screen had been folded and unfolded a couple of times. The broken glass initially didn’t affect the functionality of the phone, but later on, the digitizer for the touchscreen started to malfunction. Hours later, I noticed that the OLED panel itself was starting to fail.

While these sorts of problems are ultimately not the norm, I’m not the only person who has had this problem. Samsung’s ultra-thin glass has had this issue on quite a few different occasions, and social media has documented it well. In fact, one user ran into the issue just this past week, 3 days after buying the phone. Michael Fisher also documented his experience with the same problem earlier this year on a Galaxy Z Fold 2. It definitely seems to be more common on the Fold series, but it’s happening on the Flip as well.

Why is this happening? That remains mostly unclear at this point, as Samsung hasn’t offered up official details. External forces such as temperature, drops, and other factors can certainly play a role. We’re hoping to learn more from Samsung as the company investigates this broken review unit. At the time of publication, Samsung was unable to provide any insight into what may have happened in this particular case.

Regardless of the reason, though, this obviously should not be happening. Normal smartphones generally don’t have their underlying display fail hours after the glass breaks, and that glass also doesn’t generally break without a clear cause. Ultra-thin glass is amazing, and it does elevate the experience of using a phone, but Samsung clearly has work to do.

It can be easy to spend a few wonderful weeks with a foldable like the Flip 3, have a great time, and write it off as a well-done piece of tech. But time is the teller for new technology, and for foldables especially. Each movement inherently puts stress on the hinge, on the display, and on the glass. While I’d argue that the majority of users may never run into issues like this, the sheer number of cases we’ve seen like this indicates that there is something worth being concerned about.

Ultra-thin glass is an impressive feat, but in the end, it’s still a sheet of glass. Glass is glass, and glass breaks.

But the real problem is not that ultra-thin glass can break, but rather that ultra-thin glass seems to be more susceptible to breaking for reasons outside of what one would consider normal. Your average smartphone’s cover glass doesn’t just shatter for no obvious reason. Clearly, Samsung has something to figure out.

Incidents like this one serve as a reminder that foldable technology is still far from mature. The phones are solid, and almost every other issue has been solved, but Samsung and others have plenty of work to do to improve the form factor. That work is certainly happening. Just last month, LG announced a new material designed for future foldables that is entirely plastic, but the company claims it is just as tough as glass without the concern of it potentially breaking. Hopefully, that idea will work as well as LG claims.

In the meantime, what can customers do if this happens to them? Speaking with Samsung, the company pointed to the 1-year warranty which covers defects and other hardware failures. Beyond that warranty, screen repairs can be handled by Samsung or its Authorized Service Centers, such as Asurion (previously uBreakiFix). The screen repair cost for the inner display would be $369. Alternatively, there’s the offer of Samsung Care+, a monthly subscription that protects the device against more forms of damage and lowers the cost of a screen repair to $249 (up to three times per year).