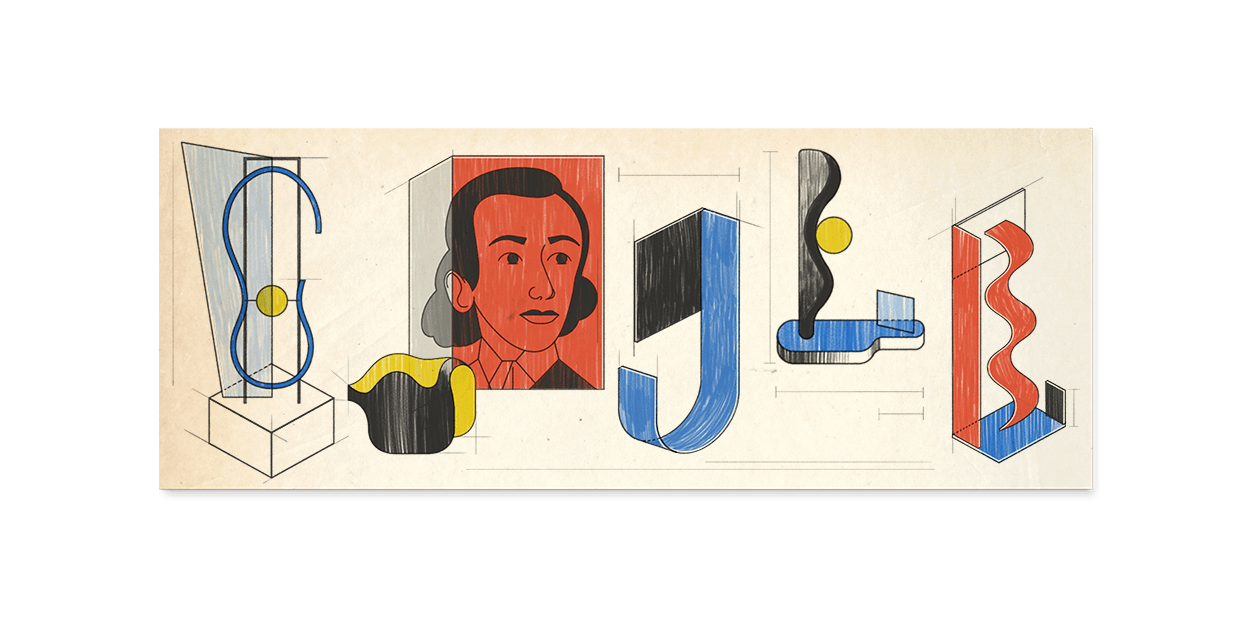 Today’s Google.com homepage Doodle was created in honor of the 124th birthday of Katarzyna Kobro, a Polish sculptor who included scientific discoveries into her artwork.

Katarzyna Kobro was born on January 26, 1898, in Moscow, though at the time her family lived in the area now known as Latvia. In her teen years, Kobro and her family moved to Moscow, where she studied art from the prestigious Moscow School of Painting, Sculpture and Architecture.

Katarzyna Kobro married Władysław Strzemiński — a respected avant-garde artist in his own right — in 1920. Around that same time, Kobro created her first sculpture, TOS 75 – struktura, from a mishmash of materials like cork and metal. She and her husband moved to his home country of Poland two years later, where she would live out the rest of her days.

Starting in 1925, Katarzyna Kobro made her mark in the modern art world through the creation of a series of Kompozycja Przestrzenna — or Spatial Compositions. Where traditionally a sculpture is considered a single, shaped object, Kobro’s works in this series emphasized the open spaces.

The style is the product of a time period that sought to blend art into everyday life through architecture and science. This ambition was best put into words with “The Dimensionist Manifesto” in 1936 — of which Kobro was a cosigner — which sought to create an explosive expansion of art “towards completely new realms” in the same way that science was simultaneously experiencing.

Katarzyna Kobro died in Poland in 1951, at the age of 53. Today, you can see some of Kobro’s surviving or restored works in a collection at the Museum of Modern Art in New York. The pieces are courtesy of Muzeum Sztuki in Łódź, which Kobro, Strzemiński, and other artists of the time — all collectively known as the “a.r.” group — originally helped to found with their personal art collections. Every year, Muzeum Sztuki also awards a particularly progressive artist with the Katarzyna Kobro Prize in honor of the late artist.

Today’s Google Doodle apes the designs of some of Katarzyna Kobro’s artworks, with slight modifications to properly form the letters of “Google.” For example, the initial letter “G” is clearly inspired by Rzeźba Abstrakcyjna (2) — or Abstract Sculpture (2). Meanwhile, the first letter “o” and the second “g” are inspired by two pieces in Kobro’s series of Spatial Compositions.