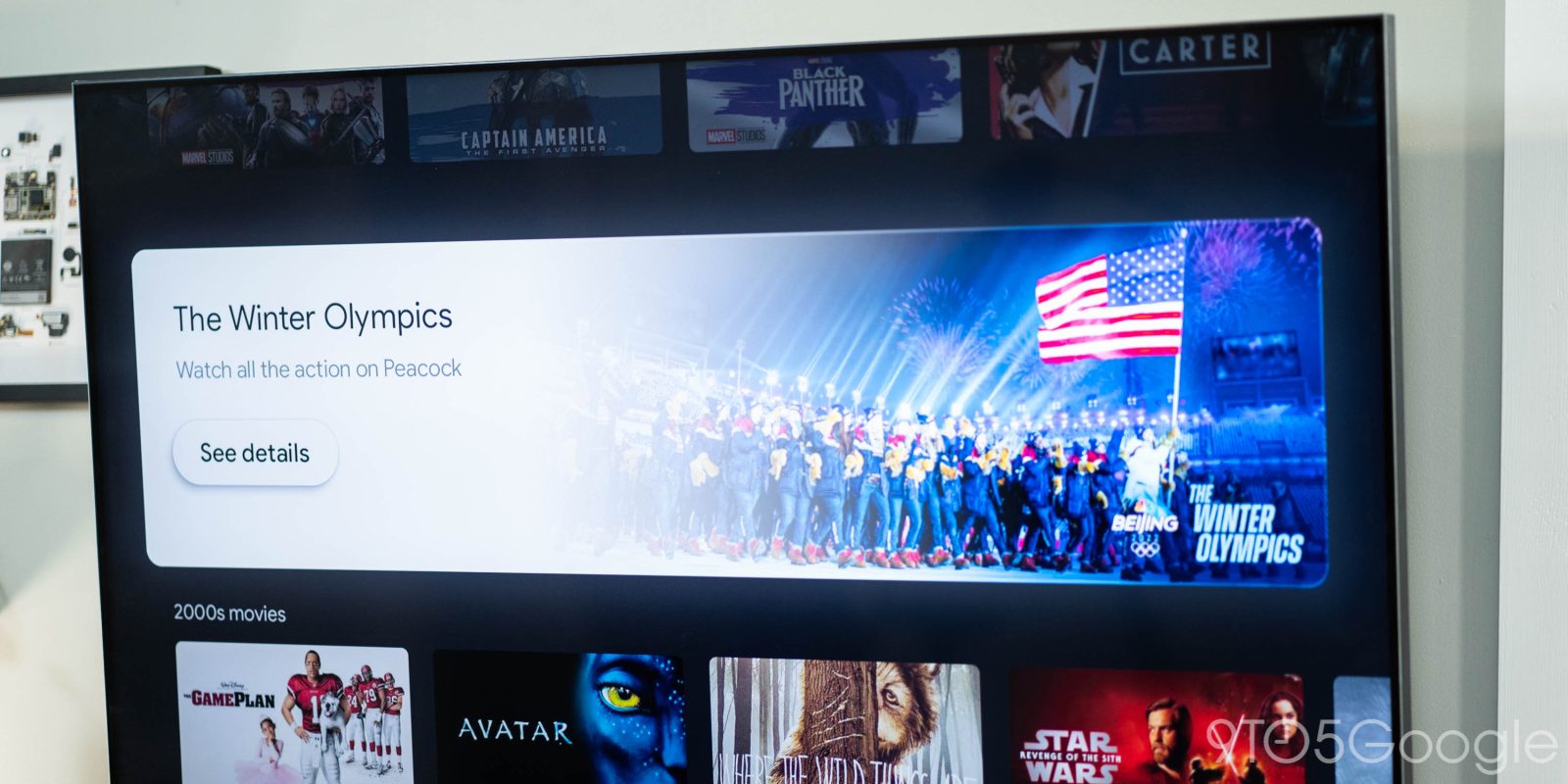 Google TV is all about putting the shows and movies you want to see in one place, despite the ongoing streaming wars fracturing that content to dozens of different streaming services. This week, Google TV is expanding on that goal by rolling out a hub for 2022 Winter Olympics coverage.

The 2022 Winter Olympics officially kick off today, February 4, and runs through February 20. This year, the games are being hosted in Beijing, China.

If you boot up a Google TV device today, including Google’s own Chromecast as well as smart TVs from TCL and Sony, you’ll likely see the Winter Olympics hub on your homescreen. In our testing this morning, we’re seeing the Winter Olympics as the primary “ad” in the top carousel, as well as in a prominent card about halfway down the “For You” homescreen tab.

Within Google TV’s Winter Olympics hub, you can see clips from the games on YouTube, a section for live and upcoming events that can be streamed on live TV services such as YouTube TV, and links to Peacock and the NBC Sports app, where NBC is handling most of its Olympic coverage. The bottom of the hub also includes links to Peacock, NBC Sports, YouTube, YouTube TV, Hulu, and Sling.

This isn’t the first time Google TV has had a hub for Olympic coverage, but this is the first time the feature has been used since the platform has expanded to more customers, thanks in large part to TCL’s growing Google TV lineup.