Samsung’s Galaxy A33 leaks in official-looking renders, 4G Galaxy A13, too 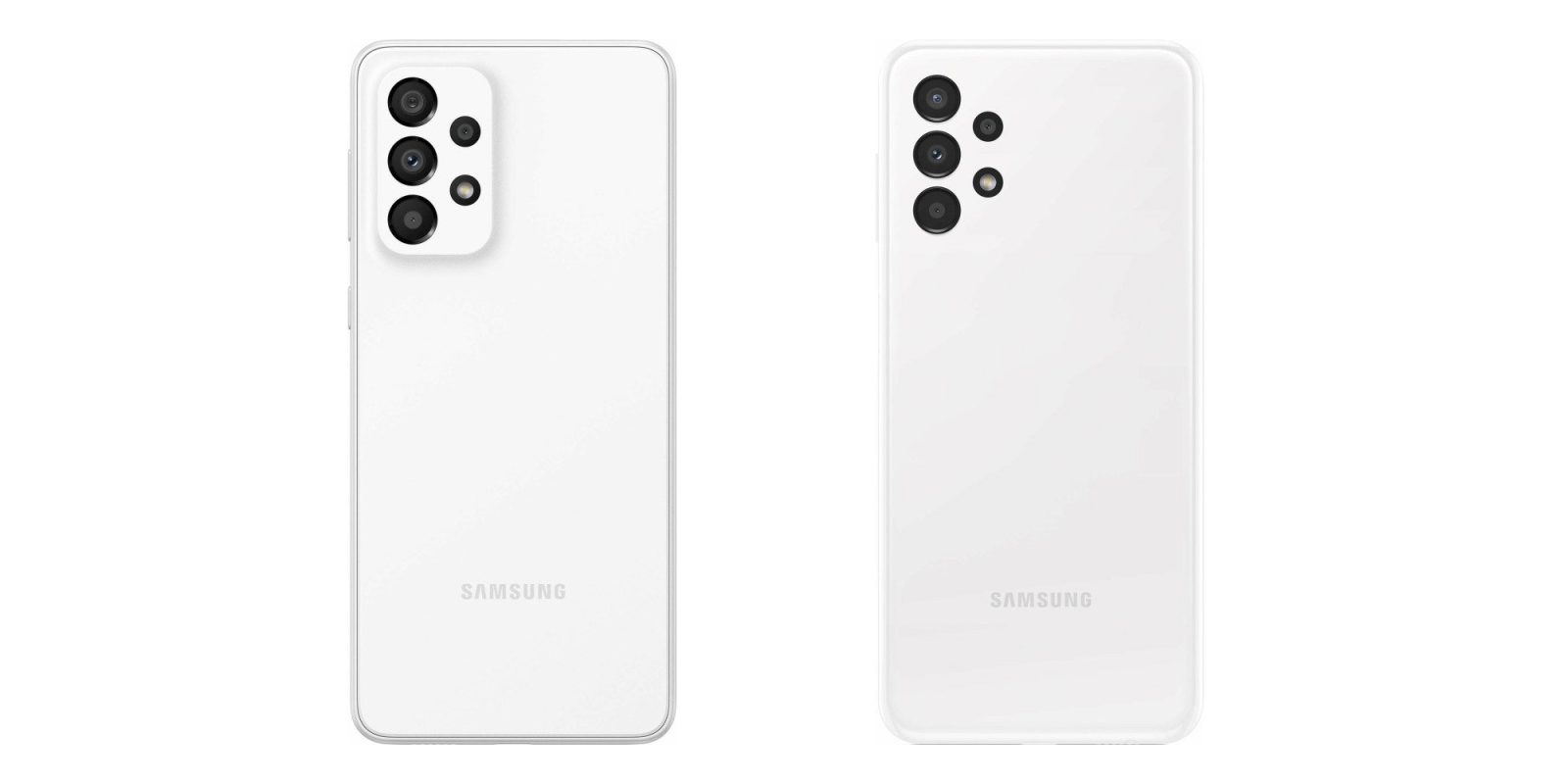 Samsung has been hard at work developing smartphones for just about everyone, including those who want budget devices. As expected, Samsung’s still working hard on its A-series and photos have surfaced recently to prove it. Those renders showcase the Galaxy A13 and Galaxy A33 in all of their budget glory.

Photos of the two devices – shared by WinFuture – give us a great look at what we should be expecting from Samsung’s budget line this year, along with what comes under the hood.

The Samsung Galaxy A33 will apparently come 5G-ready and packs a pretty reliable spec sheet, while also looking pretty good in the renders. The A33 is said to house an Exynos 1200 with 6GB of RAM. To add, the A33 will be packing 128GB of internal memory. One of the best things about the A33 so far is the 5G modem packed into the SoC. The same Exynos 1200 is likely to debut on the A53, as well. As far as battery life goes, users will get 4,000mAh to play around with.

On the surface, users will be interacting with a 2400×1080 OLED display coming in at 6.4 inches. It looks like the display will have a refresh rate of 90Hz, as well as a camera notch instead of a punch-hole cutout.

As far as the A13 goes, it looks like this smaller device will get a 6.6-inch PCS LCD display with a display of 2408×1080. The front camera – also in notch form – will be an 8MP sensor, while the back array houses a 48MP main sensor and 5MP ultra-wide camera. In these Galaxy A13 renders, the main visual difference between the A33 and the A13 is going to be the lack of a camera bump on the latter.

Internally, the A13 is likely to get an Exynos 850 that’s accompanied by 4GB of RAM and an internal storage amount of 64GB. The killer spec for the A13 is going to be the 5,000mAh battery packed into it, leaving a lot of freedom before needing a charge. The main disadvantage with the Galaxy A13, however, is the lack of 5G on the European model. The US Galaxy A13 model is 5G ready and houses a slightly different spec sheet than the upcoming Galaxy A13. The Galaxy A13 SoC’s modem will unfortunately only be able to handle a 4G connection, which might be the kicker for a lot of people. The Galaxy A13 5G also has a slightly different design, ironically with one camera sensor less than the 4G model we’re seeing here.

While not as impressive as the A33, the Galaxy A13 4G is likely to have a nice home in the budget category for a lot of people, especially with that extensive battery life. The release date is unknown for these devices, though they will likely be announced around the same time as the larger and faster Galaxy A53.