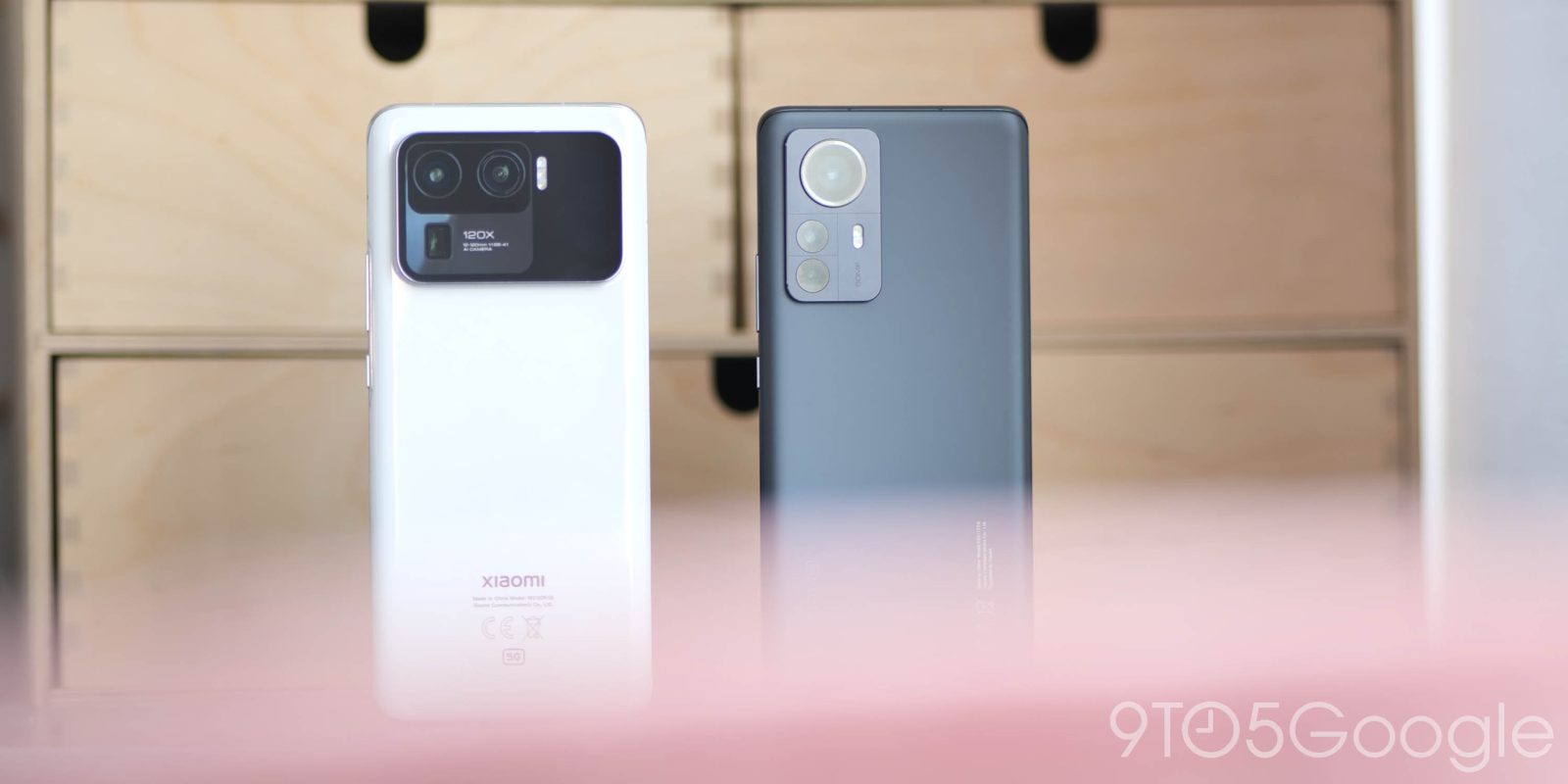 Xiaomi’s impressive sales records in recent years have been built upon the back of successful flagship-level devices such as the 12 Pro and Mi 11 Ultra — but which is the better device?

We’ve seen a surge in the sales of all guises of the “Mi” series lineup over the past two years. While the lineup is no longer tagged “Mi,” it continues to live on with solid phones at various price points. Technically released earlier this year in China, the brand new Xiaomi 12 Pro is now available in global markets. It’s the first flagship-level Xiaomi of 2022, and it even stacks up incredibly well against the excellent Mi 11 Ultra released last year.

Like the Mi 11 series from early 2021, the 12 Pro may not end up as the highest-end device in the Xiaomi lineup for 2022. That said, is the Xiaomi 12 Pro, with more than a few bells and whistles, a worthy follow-up to the Mi 11 Ultra? Let’s see just what has changed.

The usage of the new Snapdragon 8 Gen 1 processor definitely favors the Xiaomi 12 Pro from a pure internal hardware perspective, but it’s a much closer battle here than you might have initially thought. There is a new LTPO AMOLED display being utilized by the 2022 flagship here too. Elsewhere things are fairly similar:

Both devices include 120Hz refresh rate curved displays. This is great for UI smoothness and elevates every interaction with the benefit of the LTPO panel and smaller size favoring the 12 Pro slightly here. An LTPO display can dynamically drop the refresh rate on specific on-screen content to help reduce power draw. This might help as the battery size is almost 10% smaller on the newer model.

Toughened Gorilla Glass Victus is used across the duo, while this is said to be 2x tougher than Gorilla Glass 6, a curved screen is still prone to damage. It’s hard to tell the displays apart when side-by-side. At least on paper, the Xiaomi 12 Pro edges the Mi 11 Ultra. The Mi 11 Ultra is a heavily, chunkier handset though. In the hand, the 12 Pro feels positivity slender by comparison.

If you are just looking at the processor, the newer model is a far better choice courtesy of the Qualcomm Snapdragon 8 Gen 1 chip. However, the Qualcomm Snapdragon 888 is not too far behind, and because both devices use UFS 3.1 storage, performance levels in most cases feel very comparable. There is a definite gaming benefit to the newer chip, but it’s worth noting that the Mi 11 Ultra benefits from increased storage options. The base storage on the 12 Pro starts at 128GB versus 256GB on the Ultra model. There is no storage expansion, unfortunately, so it’s important to pick wisely.

Xiaomi’s devices now come with vastly improved haptic motors, meaning that haptic feedback is excellent and among the very best on Android. Crisp taps and touches are guaranteed with each and every interaction. Thanks to dual stereo speakers, the audio experience tuned by Harmon Kardon ensures that watching video content on either the Xiaomi 12 Pro or Mi 11 Ultra is an extremely enjoyable experience.

MIUI is easily one of the most feature-rich third-party Android skins available, and thanks to a recent update it technically comes in the same flavor on the Xiaomi 12 Pro and Mi 11 Ultra. That relies heavily upon the rollout of Android 12 to the Mi 11 Ultra — our own test device is still awaiting the OS update. There are also a few little differences courtesy of hardware changes.

Android 12 is not quite the same as Google envisions its own OS. There are plenty of tweaks to the visuals, and there are more than a few areas where MIUI 13 still feels like a homage to iOS. That said, there is a true wealth of added controls and functions that many of the lighter skins from other OEMs simply do not offer.

Biometrics are provided by an optical, in-display fingerprint scanner. This is fast and accurate on both handsets with little UI tweaks to the animations that you can apply here too.

A neat but limited secondary screen on the Xiaomi Mi 11 Ultra adds a level of intrigue. It can be useful for checking notifications and even as a framing tool when wanting to take selfies with the rear camera setup. While this additional screen is by no means a reason to buy the Mi 11 Ultra over the 12 Pro, it helps differentiate the design.

Xiaomi now offers 3 years of OS upgrades and 4 years of regular security patches and support for its flagship lines after making the change in late-2021. Both handsets get security updates on a 90-day schedule, which falls far short of the likes of Samsung which offers monthly patches and full updates in a timely manner. Although the Chinese OEM made this added support commitment it seems that the Mi 11 Ultra is set to cease getting software support from April 2024, while the Xiaomi 12 Pro should continue to be supported until April 2026.

It’s hard to deny that Xiaomi has helped lead the industry in recent years with regard to device charging speeds. It also helps that the firm is not afraid to throw huge internal batteries into their devices. With power-hungry 120Hz displays, you want to be able to rely on your smartphone to last all day, and the 5,000mAh and 4,600mAh internal cells are more than enough for heavy days — even with the full resolution and refresh rates enabled.

You won’t need to worry about charging speeds on either device. While the Xiaomi 12 Pro comes with insanely fast 120W wired charging. The Mi 11 Ultra includes rapid 67W wired and wireless charging while both handsets include the ability to reverse wireless charge at 10W speeds. The wireless charging rates are a little slower on the 2022 model, but 50W wireless charging is still a great option to have.

Despite an advantage in the internal cell size, the lifespan of both handsets is very close — especially when display resolutions are set to FHD+. With the full-fat QHD+ resolution and 120Hz refresh rate enabled, longevity is still within close limits. That said, it’s important to note that this is anecdotal given that daily usage will vary from person to person.

Xiaomi has been really pushing the idea that ultra-high resolutions are what we are all craving on our smartphones. The Xiaomi Mi 11 Ultra easily beats out the 11T Pro in the sheer variety of focal length even though the newer handset has a higher resolution main sensor.

The brand new Xiaomi 12 Pro is the first smartphone to feature the Sony IMX707 1/1.28-inch sensor and, therefore, drops the popular Samsung ISOCELL sensor series for the main lens here. It also means we won’t see any 108-megapixel sensors which have been used on the Xiaomi 11T Pro and Mi 11 series throughout 2021.

The huge new Sony sensor is great for light-gathering, image depth, and low-light performance on the Xiaomi 12 Pro, but the sheer flexibility of the Mi 11 UItra camera setups and its own impressive sensor selection means that it contends very well. While not perfect, the ability to get excellent results at up to 30x zoom, as well as the fun that comes with 120x zoom, is hard to be disappointed by. Digital zoom on the Xiaomi 12 Pro is still impressive but pales in comparison to the dedicated zoom setup of the 2021 flagship.

When you start to look beyond the main sensor, things are still tricky and it becomes harder to fully endorse the Xiaomi Mi 11 Ultra. The Xiaomi 12 Pro has a vastly superior selfie camera but the neat mini rear display is a great selfie-taking aid for the Mi 11 Ultra. No matter which setup you prefer, these are two of the best camera selections on Android.

The same camera app functions and features are present across both devices, minus some of the ultra zoom functions. This means that you can access things like the improved Night Mode, Dual Video recording, Long Exposure, Movie effects, and full Pro mode controls.

Xiaomi 12 Pro or Xiaomi Mi 11 Ultra: Which should I choose?

The retail pricing is very similar, but now that the Mi 11 Ultra is a little older, it is priced at a more accessible point. If you are happy to pick up a 12-month old device, this has its distinct advantages. However, the Xiaomi 12 Pro is priced well at $999. Disappointingly if you’re in North American markets, you won’t get to decide between either of these fairly solid smartphones.

Instead, you might want to look at the Pixel 6 Pro or recent Galaxy S22+ and S22 Ultra for a comparable smartphone experience. In global regions, the Xiaomi 12 Pro stands alongside the best in the business and is well worth a closer look. Ultimately the choice is yours, but with all of the above information, hopefully, you’ll now know all of the core differences to help you make the all-important purchase decision.

Unfortunately, if you’re in the United States it’s tough to get hold of Xiaomi products via official channels. However, the Chinese OEM does offer a limited selection of their products and smartphones via an official Amazon storefront. In some cases, we would advise against this due to certain devices lacking access to necessary cell network bands.

Alternatively, you can import the Xiaomi Mi 11 Ultra and 12 Pro from overseas retailers. You will lack official device support in this instance, which makes it hard to recommend unless you simply must have the latest Xiaomi handset.