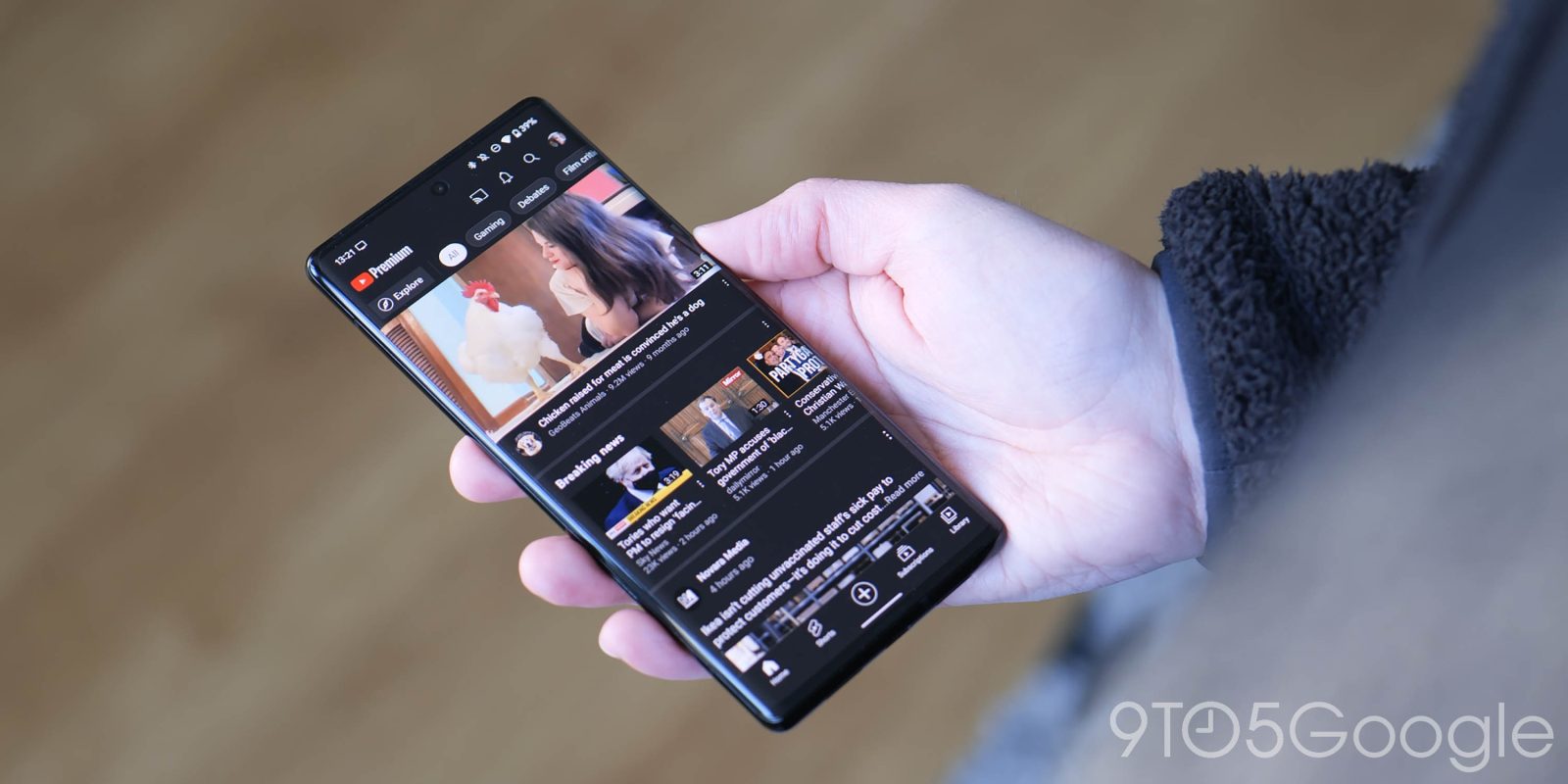 The latest UI test for YouTube on mobile makes yet more adjustments to the autoplay “Playback in feed” feature to make this more immersive.

Spotted by the team at Android Police, this latest UI change sees the autoplay feature add new in-feed controls for the volume and closed captions alongside the ability to tag a video to “Watch later” or skip entirely. It does this while dimming the rest of the YouTube home feed interface shortly after a video starts to autoplay. Accessing these controls requires a tap of the three-dot expanded menu option found alongside a video title, channel icon, and view count.

This is kind of like a watered-down version of the neat Turn Off the Lights extension for Chrome in that it dims all other UI elements except for the player. If you want to focus solely on the content in view, this is great. However, this seems a little counterintuitive given that the YouTube home feed is a discovery portal rather than the place in which video viewing ordinarily takes place.

It appears that some are seeing this quite prominently after updating to YouTube beta v17.10.35. However, it’s not available all too widely at this stage and likely part of an A/B test. One could easily foresee this being a frustrating move that is quite distracting when YouTube videos autoplay and dim the rest of your screen unceremoniously. At least at this stage, there does not appear to be any way to adjust or disable the feature for those seeing it on their Android devices either.

TikTok appears to be the influence, with the short form streaming app favoring video consumption in-feed rather than on dedicated pages or in dedicated players. YouTube has undergone a number of changes to just how autoplay is implemented with the feature enabled as standard on all Android devices. This could be a polarizing choice and one that, luckily, isn’t too widely spread at this stage.