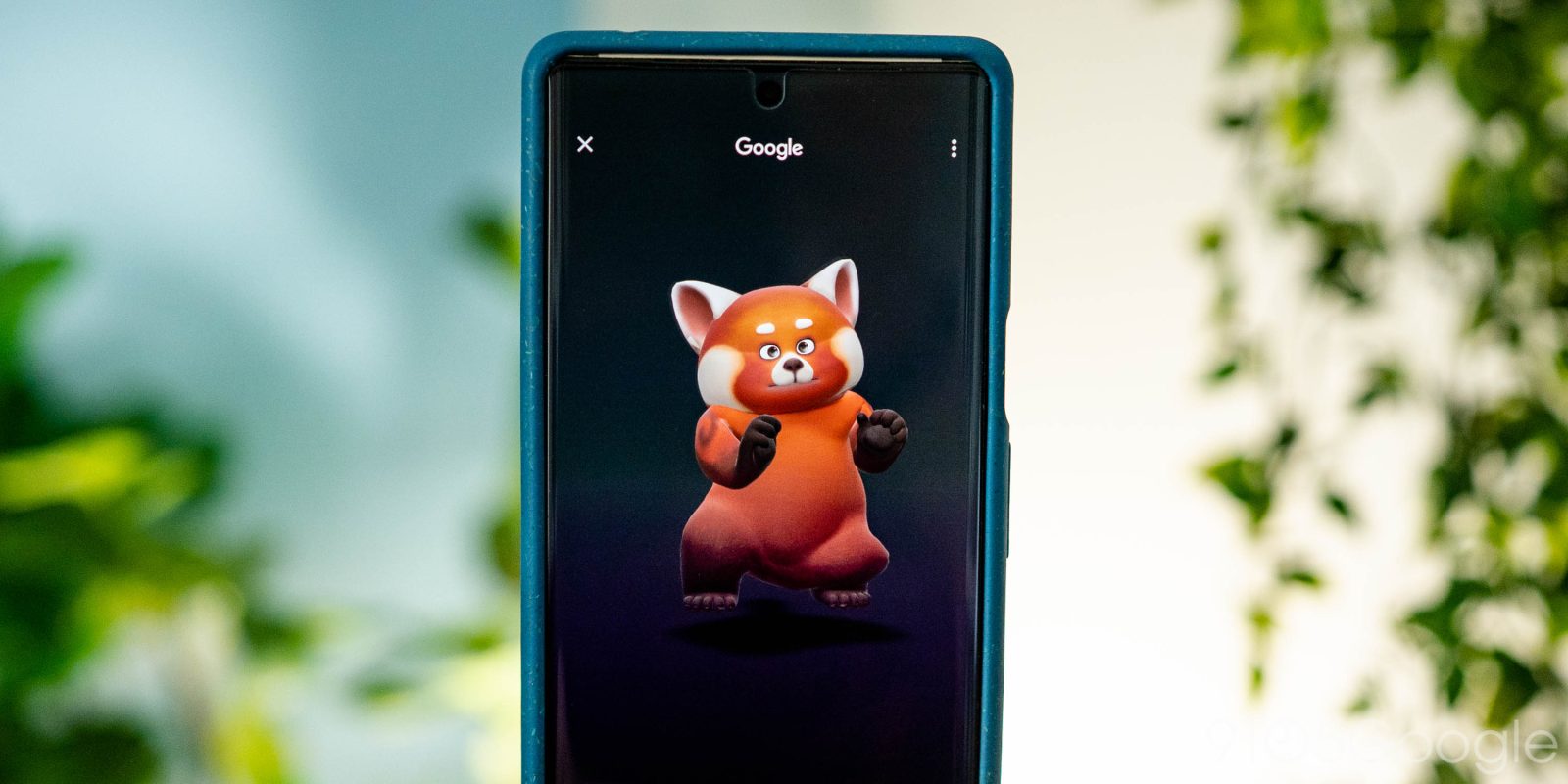 After going viral back in 2020, Google has slowly expanded its collection of 3D animals and objects in Search. Now, Google is adding a fun one: a 3D dancing model of Mei’s Red Panda from Pixar’s latest film, Turning Red.

Available now in Google Search on both Android and iOS devices, you can view a 3D model of the titular Red Panda character from Pixar’s Turning Red, both to see the character just on your phone, or using augmented reality to insert the character into the world around you with picture and video capture.

To access Mei’s Red Panda in 3D, simply head into Google Search on your mobile device and search for “Turning Red.” The 3D model will appear within the Knowledge Graph block for the movie, alongside details regarding the cast and director. The 3D character matches up pretty closely to what’s in the film, and dances around as it’s displayed.

Google announced the addition on Twitter last week, with a fun video to go along with it.