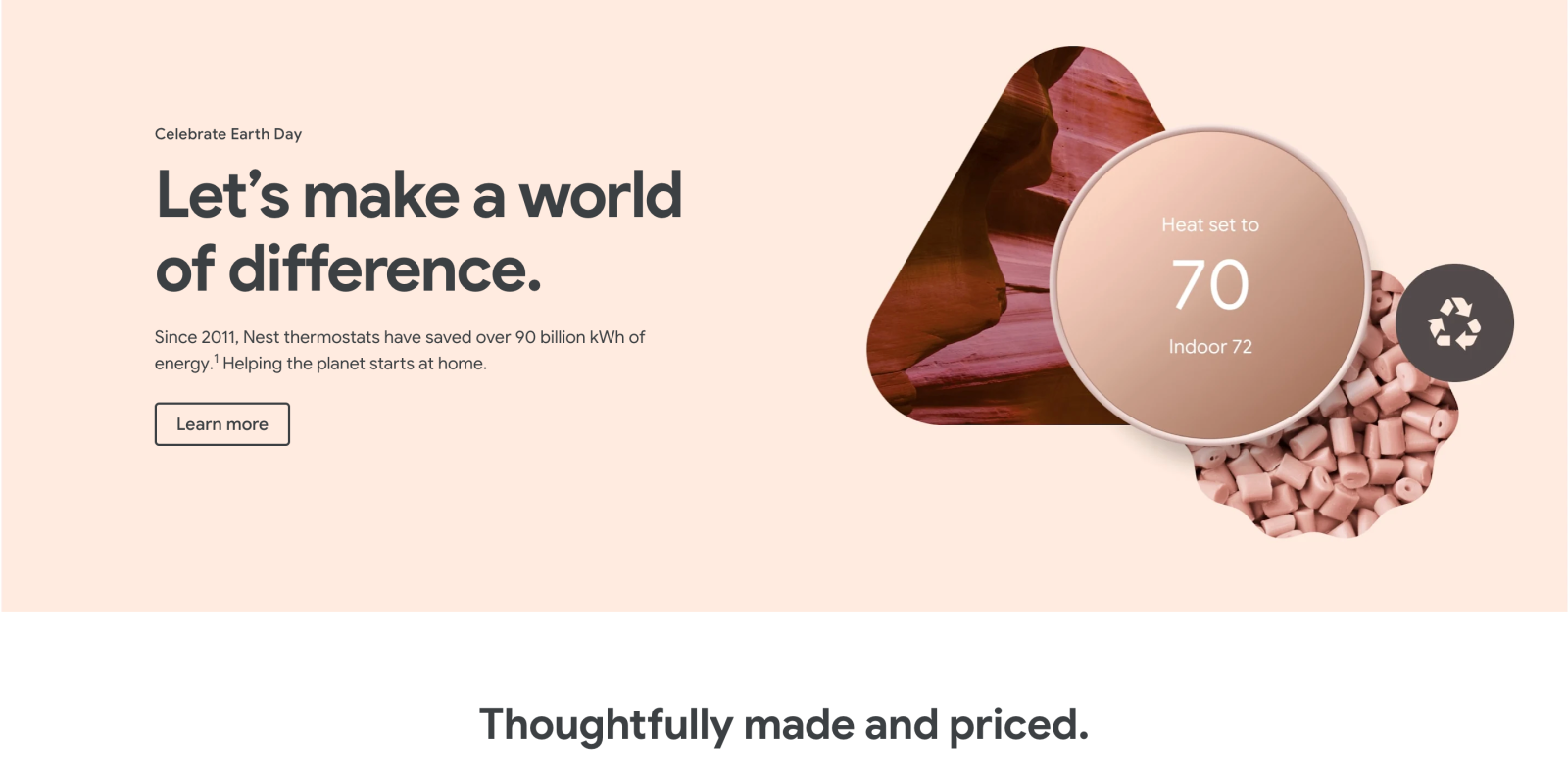 Following the last update two weeks ago, the Google Store this morning got another homepage refresh to “Celebrate Earth Day,” as well as deals on Nest thermostats.

The Pixel Pass advert is replaced by one for the $129.99 Nest Thermostat (in Sand) and a “Let’s make a world of difference” tagline in reference to how “Nest thermostats have saved over 90 billion kWh of energy” since 2011. The link takes users to the full product listing.

Meanwhile, the product carousel below has been interestingly rejiggered. When the top cover image was advertising the Pixel 6, there was a “New on Google Store” tagline. It then switched to “Made to be helpful” with Pixel Pass, and it’s now “Thoughtfully made and priced.”

The first part of that section title ties in with Earth Day on April 22, but the latter half is about cost and sees the Nest Learning Thermostat – $50 discount or $110 off when you purchase a two-pack – lead with the Pixel 5a next. This is followed by the sub-$200 line of Nest Cams and Doorbell. The Pixel 6 Pro, 2nd-gen Nest Hub, and discounted Chromecast with Google TV round out that list.

Google’s premium flagship sticks out in that lineup. The Pixel 5a, being the first phone, could reflect how the company wants to move inventory ahead of the Pixel 6a launch, while price-consciousness reflects the broader economic climate as of late.

The rest of this homepage includes a link to Made by Google’s sustainability page – there’s also a blue banner at the top – and Google Stop options for device recycling and trade-in. The NBA partnership advert is still also at the bottom.

This Earth Day update is the second in two weeks and could be Google taking a more curated, as well as active, approach with its Store. The UK storefront has been similarly refreshed.