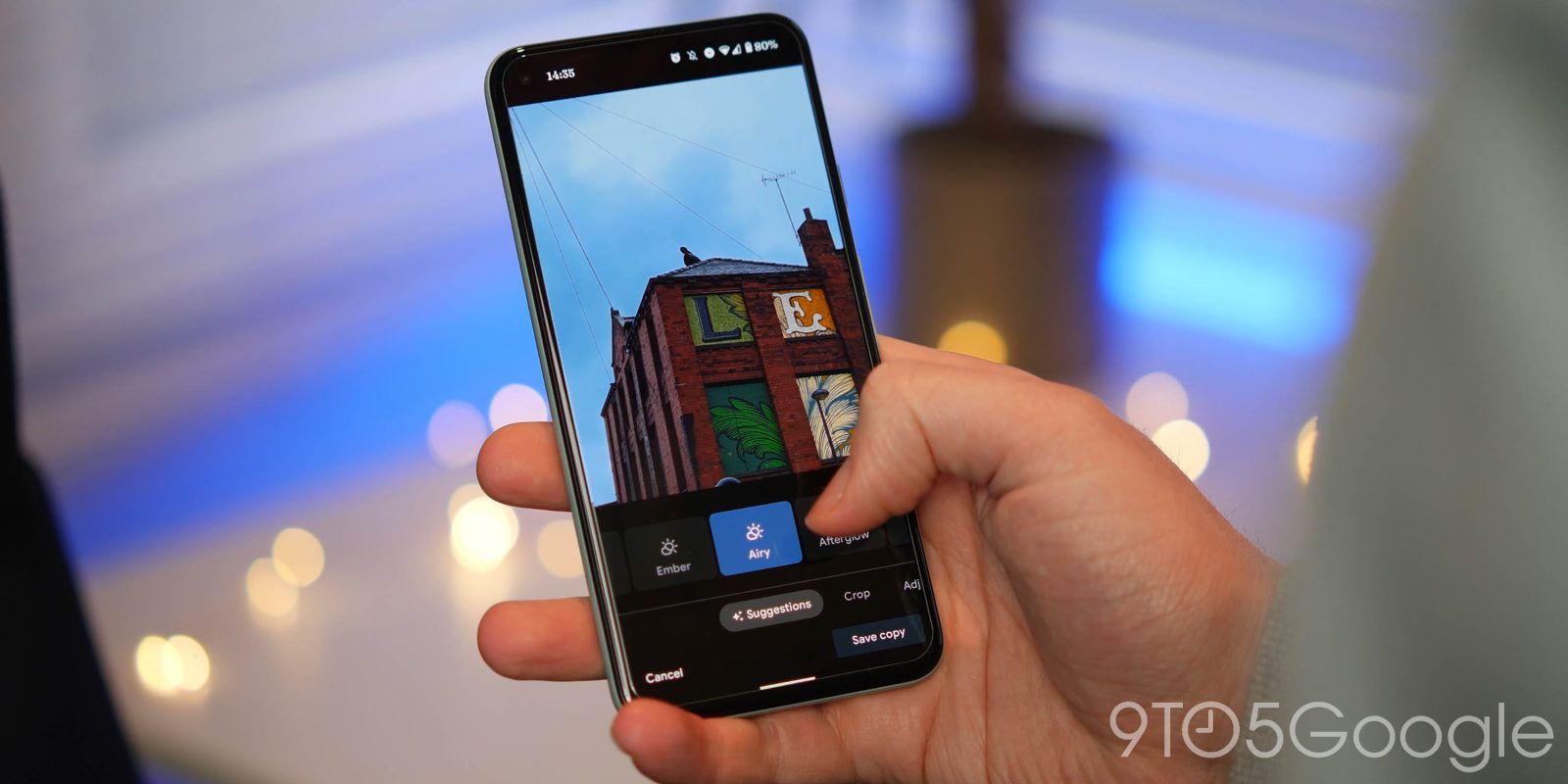 Google Photos makes it easy to backup, organize, and share your memories, but did you know it has handy edit options as well? Earlier this year, Google brought more editing features to users, but quite a few are locked behind a paywall. Here’s how to edit pictures in Google Photos and what Google One subscribers get as a bonus.

How to edit pictures in Google Photos

First things first, let’s go over how you can even edit pictures in Google Photos. The process is actually rather simple on both Android smartphones as well as iPhones. You’ll need an active Google account, of course, and then you’ll need the image to be backed up to Photos. After that, you’re ready to start an edit in Google Photos.

As pictured below, simply open the photo of your choice and tap the Settings button at the top of the screen. You’ll first see a set of suggestions, which may include altering the color temperature or just letting Google’s AI-powered smarts make a series of edits on your behalf with the “Enhance” option. Along the bottom, though, you’ll see a bar full of different sections, including: Crop, Adjust, Filters, and More.

Under the “Crop” tab you can crop the photo as needed or to a preset aspect ratio. You can also rotate the photo if perhaps it was taken in the wrong orientation. There’s even an option to crop to a specific shape.

Moving over to “Adjust,” you can tweak the brightness, contrast, white point, black point, shadows, or highlights of your image. These are handy tools for compensating for less-than-ideal conditions or when your camera just misses the mark. Finally, there are “Filters” that can quickly and automatically adjust any picture to fit a specific look. They’re useful for social media posts especially.

Google Photos, however, is smart enough to know what the subject of an image is, and in some cases, it can enable other features. A photo or a person, for example, can bring up additional “Adjust” options such as Portrait Blur, Color Focus, Skin Tone, and more.

What features require a subscription?

These features require at least Android 8.0 to work as well as 3GB of RAM.

Update: As of November 2021, Google has added a lot of these features to iOS, including Portrait light, Blur, Color focus, Smart suggestions, HDR, and Sky edits. iOS 14 is required for these features to work, and your iPhone or iPad will need at least 3GB of RAM.

If you own a Google Pixel smartphone, you’ll get all of these editing tools for free even if you aren’t an active Google One subscriber. The company has also previously made new tools available on Pixels first, so it’s possible that pattern could continue.

What is Google One?

Not familiar with Google One? Here’s the summary.

Google One is a monthly subscription that primarily handles storage on your account. This storage is a shared bucket between Gmail, Google Drive, and Photos.

To make the plans a bit more appealing, Google added a handful of perks. These perks include up to 10% back on products purchased at the Google Store, special discounts on hotels, faster customer service options, and even a VPN. Among the Google One perks are these additional edit options in Google Photos.

Pricing for Google One starts at just $1.99/month for 100GB of storage, going up to 2TB for $9.99/month. That’s about as much as most consumers would actually need, but there are 10TB, 20TB, and 30TB options for those who need the additional space.