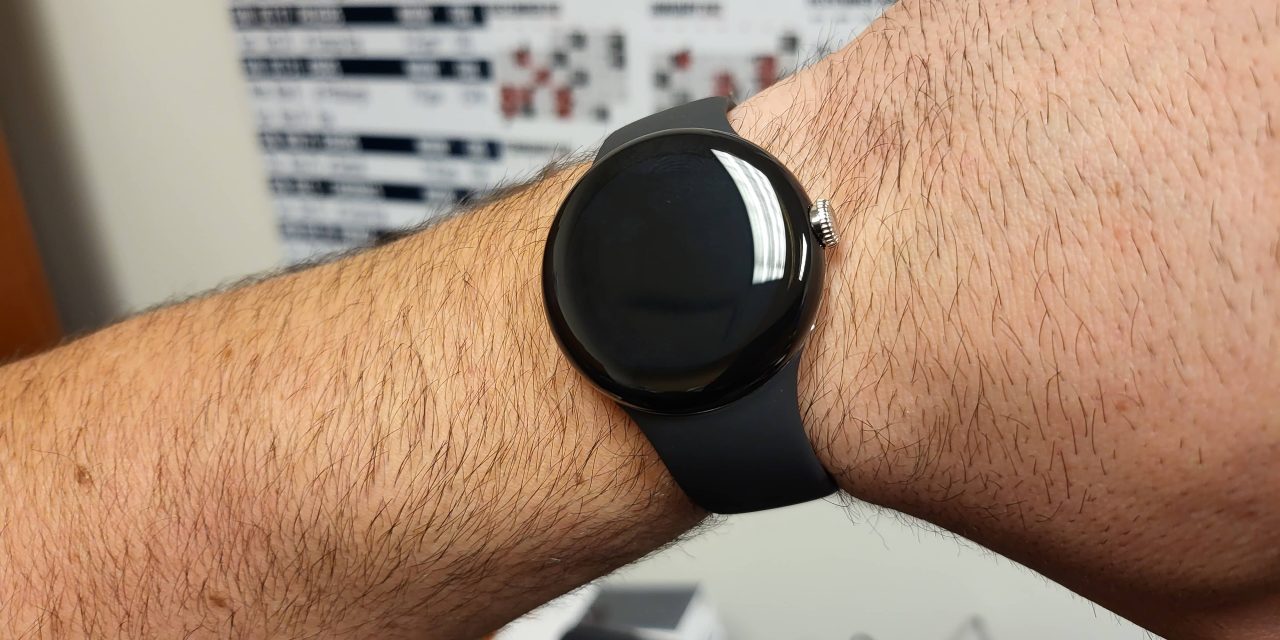 The last few days of Pixel Watch leaks have been solely focused on the pebble-shaped puck, but we now have a look at the Google-made band and several shots of the wearable actually being worn on a wrist.

These silicone Pixel Watch bands, which are presumably manufactured by Google, come in at 20mm and feature the proprietary connector that u/tagtech414 describes as being “kind of a pain to attach the first time,” but “extremely secure” with a button in each slot that locks everything in.

With the entire Pixel Watch now assembled and able to be worn — which is somewhat a fitting reflection of how this Redditor was not able to just use any old band due to non-default connection, the first impressions are as follows:

Most importantly, this is the most comfortable watch I’ve ever worn. It feels much thinner than the measurements would lead you to believe. Compared to my Galaxy Watch this feels like it’s not even there. And, big plus, the crown does NOT poke into the back of my hand when bending my wrist back or typing, which is something that drives me nuts on other watches.

There are upsides to the Pixel Watch being quite raised, especially for the bottle cap-shaped crown. From these shots, the 14mm thickness is not too apparent when looking at the 40mm watch head-on. The visible screen sans bezel is said to be 30mm, while the entire thing weighs 36g.

Off the wrist, especially in the third short below, the depth is more apparent. You can clearly see the screen layer, silver case, and bottom sensor stack, which we noted shares similarities with the Fitbit Charge 5 and Luxe.