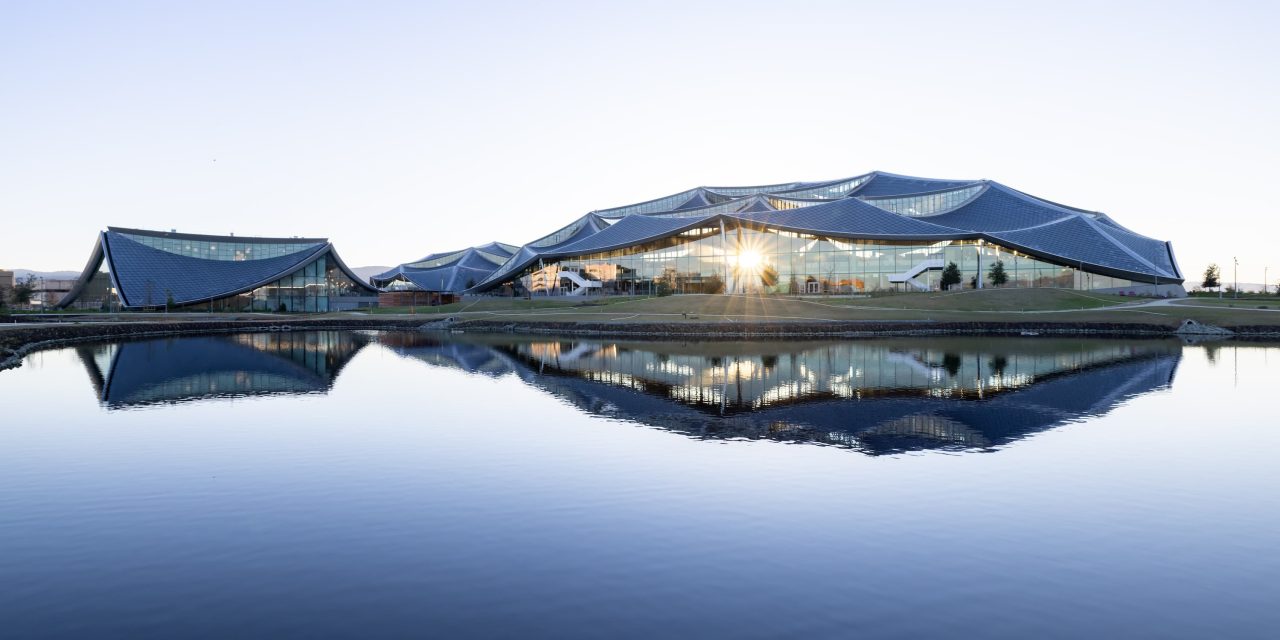 After nearly five years of construction, Google this month officially opened its Bay View campus in California. Besides an iconic design, it’s focused on sustainability and offering an “adaptable and healthy workplace.”

This marks the first time we developed one of our own major campuses, and the process gave us the chance to rethink the very idea of an office.

In addition to internal design and engineering teams, Google worked with architects Bjarke Ingels Group (BIG) and Heatherwick Studio on a 42-acre site for thousands of employees that’s adjacent to NASA’s Ames Research Center. The first plans date back to 2013, though things have changed since then.

There’s a tent/pavilion-like nature to Bay View’s roof, which takes advantage of “dragonscale solar skin” that traps more light compared to flat panels and reduces reflective glare for drivers and pilots. As such, it’s an all-electric campus that — along with wind — gets powered by “carbon-free energy 90% of the time.”

The solar shingles are arranged in an overlapping diamond configuration, which helps keep wind, rain, and ice from slipping through the cracks. Coupled with the canopy’s pavilion-like rooflines, the panels let us capture the power of the sun from multiple angles.

Other environmental highlights of Google’s Bay View campus include:

In terms of the workspace, the upper level houses team spaces and desks that are divided into “smaller neighborhoods separated by courtyards and connected via ramps that gradually rise as you move to the center of the building.” Meeting rooms and cafes are located below, while there are nine two-story elevators for getting around.

Google touts how every desk has greenery, natural daylight, and outdoor views to “improve the health and wellbeing of those inside,” while 100% outside air is used compared to 20-30% with typical ventilation systems.

Local residents can also benefit from the opening of the Bay View campus, including public access to expanded trails with panoramic views of the Bay, improved bike connections to Stevens Creek and Bay trails, and expanded car lanes and new bike lanes with the widening of R.T. Jones Road.

Google has also published a digital book about the Bay View campus with more about the design. Looking forward, Google says it is in the “final phase of construction” of Charleston East, which shares a similar design but is right next to the existing Googleplex (and Shoreline Amphitheater).