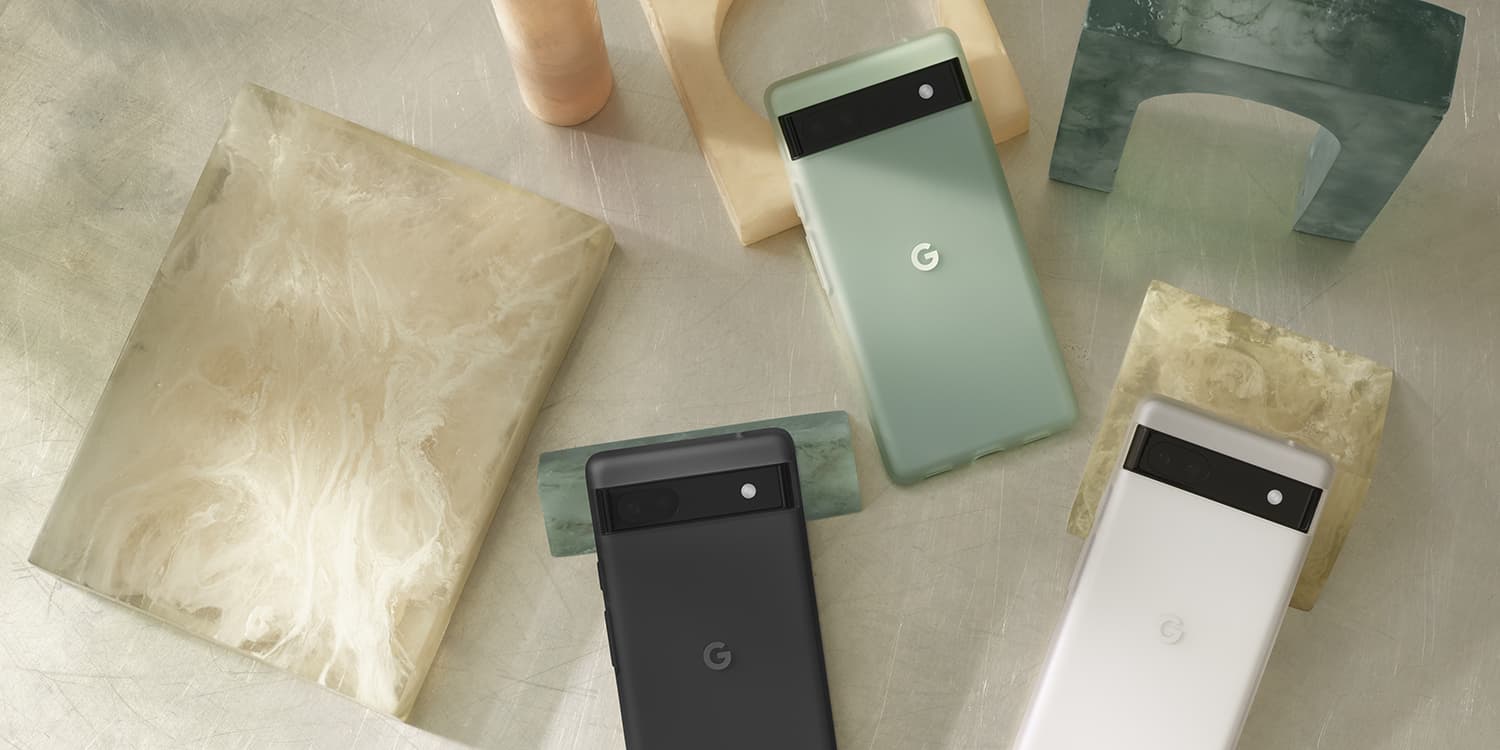 Google’s official Pixel smartphone cases were once praised for being a unique option, but that all changed with the Pixel 5a and Pixel 6 series. Now, we’re getting a closer look at the official Pixel 6a cases, which seem doomed to repeat history.

These are Google’s Pixel 6a cases

Back at Google I/O, when the Pixel 6a was first announced, we quickly spotted that Google was bringing back the same case design as was available with the Pixel 6, Pixel 6 Pro, and the Pixel 5a. The same polycarbonate design was making a return, and we weren’t very happy with it at the time.

Not long after that, the Pixel 6’s official case became the subject of heavy scrutiny, as many users and members of the media were highlighting that, several months later, the cases were left looking dirty and yellowed.

But, that was surely too late to change anything for the Pixel 6a.

Our good friend Max Jambor today posted a batch of official-looking pictures of Google’s official Pixel 6a cases in green and black colorways.

The new images don’t show off anything groundbreaking, but they give us a better look at the cases and their colors. Really, it looks just like the green and black cases Google sold for the rest of the Pixel 6 series, and the design as a whole seems unchanged.

Unfortunately, there’s no sign of these images for the white version of the case that we also know is coming.

Will Google solve the yellowing problem?

So really, at this point, the question just comes down to if Google has made any invisible changes to these cases.

Might there be a new coating or finish that prevents yellowing? It’s possible! But there’s nothing to indicate that just yet. But surely, the translucent version of this case with no coloring already in it will need some amount of protection, as it’s a magnet for yellowing.

With the official Pixel 6 cases, problems appeared for some in as little as a week or two, and never went away. For others, including our Kyle Bradshaw, yellowing and stains took a bit longer to really be made known, but they look incredibly awful now, as pictured below.

Google charges $29.99 for official Pixel 6 cases in the US, and it stands to reason the Pixel 6a will follow suit.