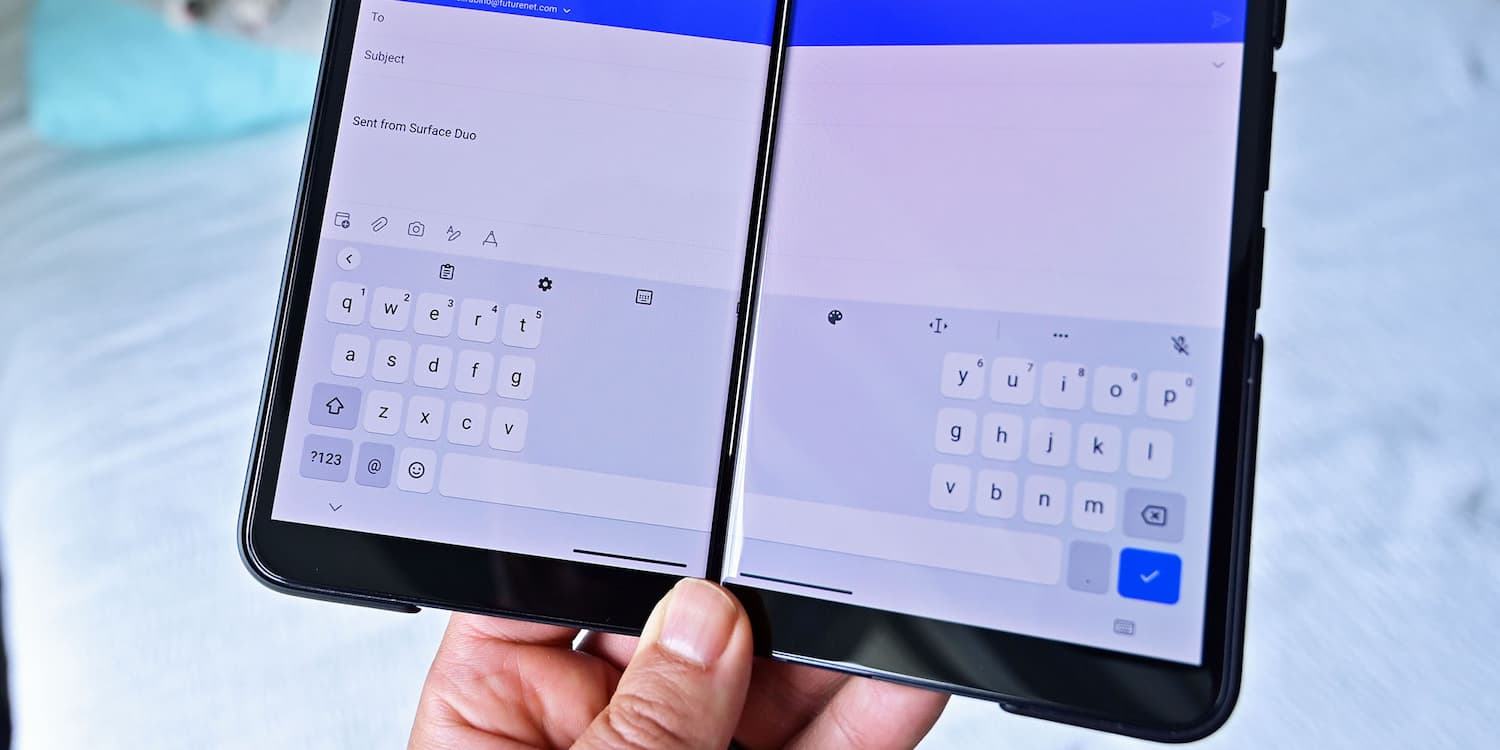 Last week Google’s Gboard keyboard finally launched a split keyboard option but only for foldable devices. As it turns out, the split keyboard in Gboard also works on Microsoft’s Surface Duo.

A split virtual keyboard isn’t a particularly uncommon feature for larger screens, with Apple’s iPad having offered the feature for years and third-party keyboards on Android also commonly having the option available for tablet users.

But it wasn’t until last week that Gboard finally added a split keyboard after a few months of the feature being in development.

At the time of launch, though, it was only clear that the feature was available to large-screen foldable devices, such as the Galaxy Z Fold 3. As highlighted by Windows Central, though, the split keyboard option in Gboard is also showing up and working for Microsoft Surface Duo owners.

Notably, the feature works when the Surface Duo is fully opened up, with the two halves of the keyboard showing up on either of the two displays. But it seems to only work when an app is spanning both displays, unlike Microsoft’s SwiftKey, which can use a split keyboard even if you’re only using an app on one display.

When using the device in “Compose” mode, though, the split keyboard is showing up, as Shane Craig shows in a video.

Alongside this newfound optimization from Gboard, it’s also been pointed out that the Surface Duo is getting some love from other apps in recent weeks. Whereseek, an app used to find nearby services and locations, added official support this week, while Talon for Twitter has also added support for the dual-screen device as has Sync for Reddit and others.