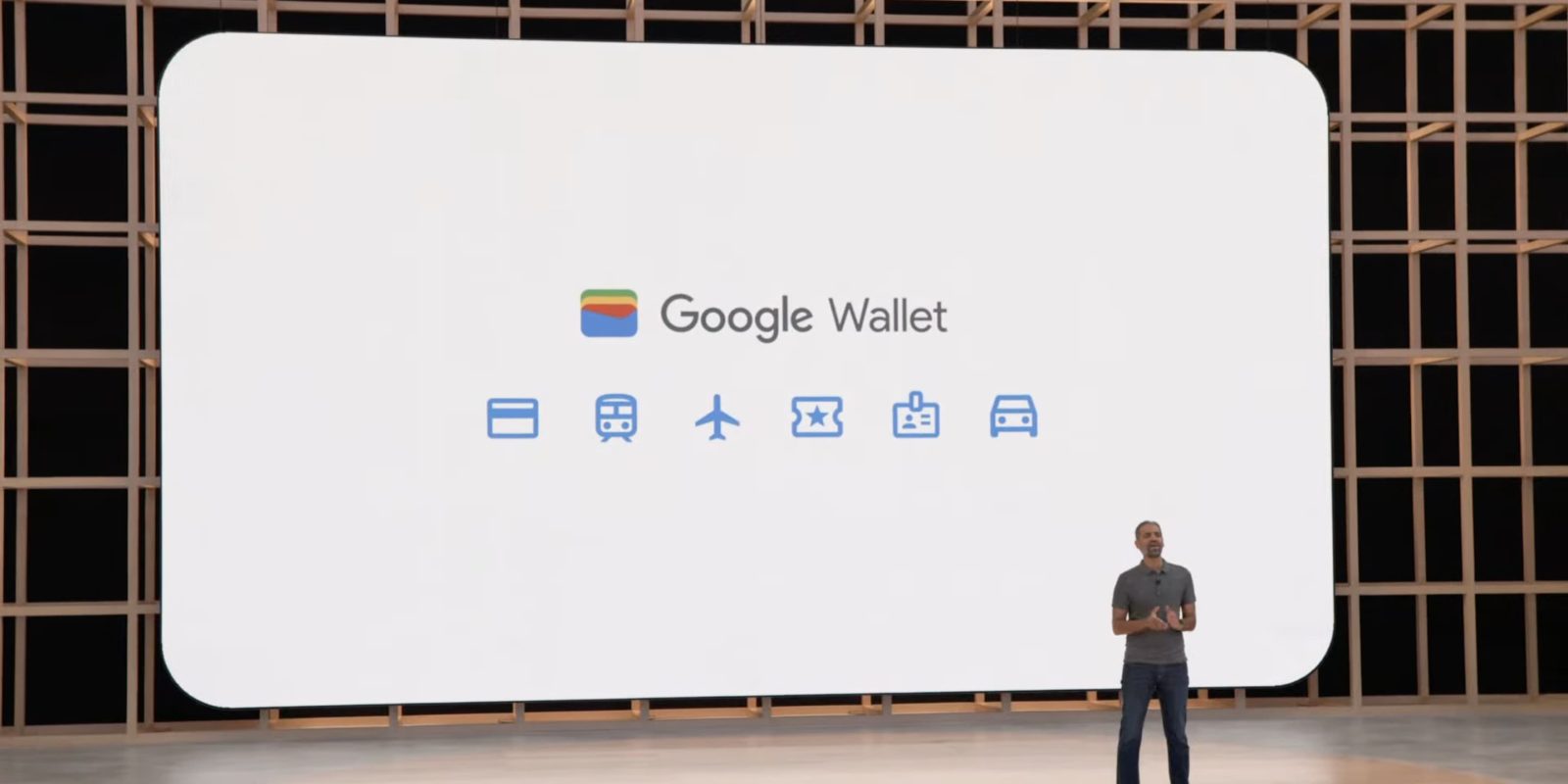 As announced at I/O 2022 in May, Google Wallet is rolling out today as an update to the old Google Pay app (which has the multi-color ‘G’ and “Pay” on a white background).

Update 7/20: As of Wednesday morning, the new Google Wallet is widely rolling out on Android and Wear OS. The Play Store listing has been updated with the new icon, description, and screenshots. Three tentpoles are touted: Convenient, Helpful, Safe & Private.

Google Wallet gives you fast, secure access to your everyday essentials. Tap to pay everywhere Google Pay is accepted, board a flight, go to a movie, and more – all with just your phone. Keep everything protected in one place, no matter where you go.

If you sideloaded on Monday, there’s another (minor) update today. It might take a moment for the updated QS tile and lockscreen shortcut to appear. On wearables, Google Wallet is initially focused on payment methods like before.

The app — which is just named “Wallet” — features Dynamic Color theming and has tap-to-pay cards appear in a carousel at the top. Various passes appear in the feed below, while you can “Add to Wallet” from the bottom-right FAB (floating action button). After updating, you’ll also notice the Quick Settings tile is now called “Wallet” with the new icon, which also appears on the Pixel’s lockscreen.

In the future, Google Wallet can store mobile driver’s licenses and state IDs, as well as hotel keys and office badges . The former is dependent on state DMVs (in the US) and is coming as early as “later this year,” with Android already supporting the underlying technology.

With the launch of Google Wallet, “Google Pay” will remain as what’s responsible for the actual transaction. That branding will appear as stickers in stores, payment terminals, and online as the “Buy with Google Pay” button. It’s basically like the iPhone: Wallet app and the Apple Pay service.

Google Wallet is rolling out as an existing update to the old Google Pay. Version 2.150.460235810 is not yet widely rolled out via the Play Store, but you can sideload via APK Mirror today.

Wallet is set to be available in over 40 countries, just like Google Pay. “GPay” with money management capabilities and P2P payments will remain accessible in the US, Singapore, and India. The latter country is not getting the new Wallet experience.