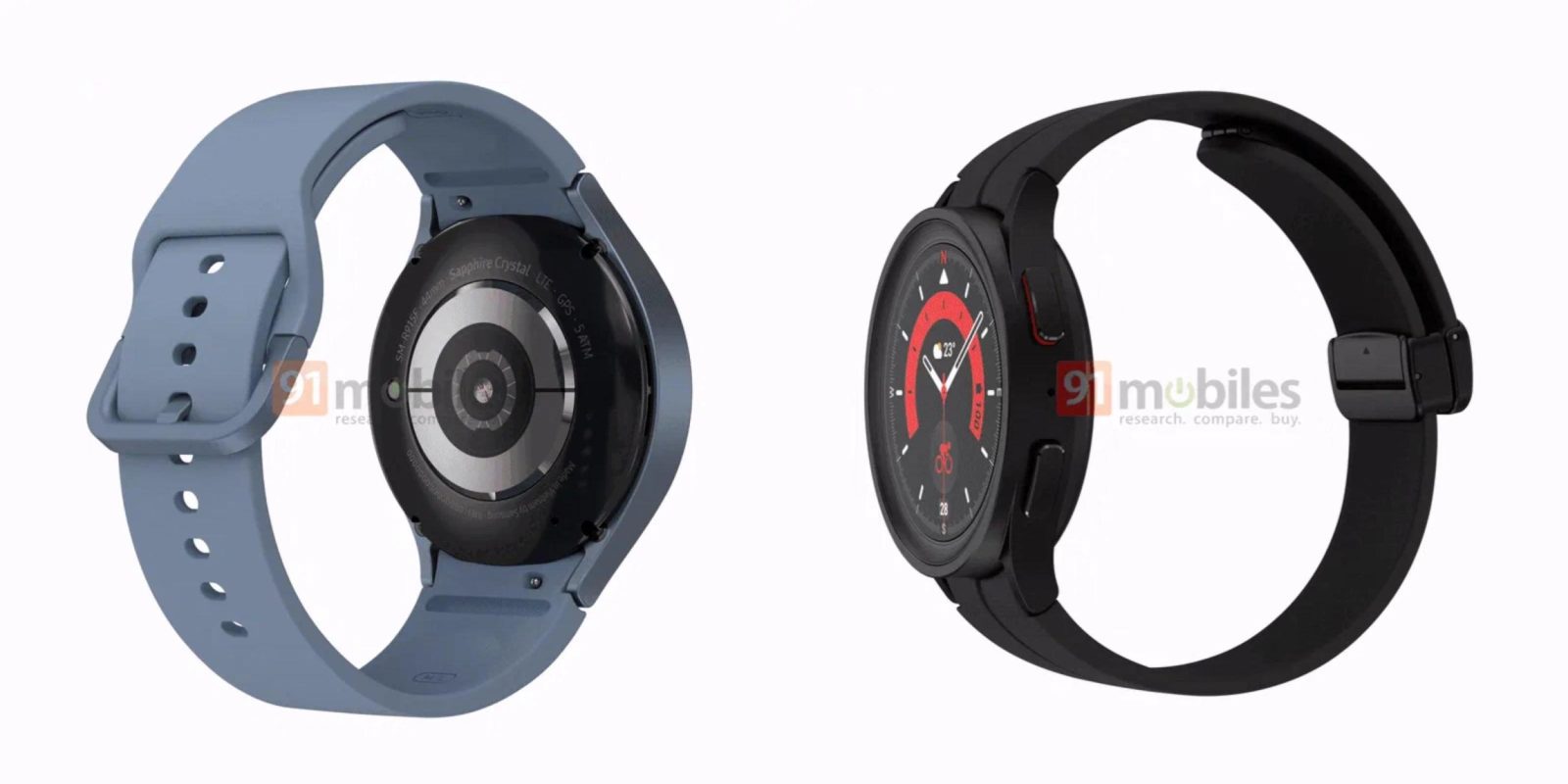 WinFuture today published a batch of Galaxy Watch 5 images and specs that include a fairly complete picture of what these smartwatches will have to offer outside of the software.

Notably, this report claims that Samsung is using sapphire glass, which is much stronger against scratches, on all Galaxy Watch 5 models. It was previously thought that this would be reserved only for the Pro model.

As for battery life, that’s where the fun begins. It’s been reported on multiple occasions that the Galaxy Watch 5 series would get boosts on battery capacity across the board, and that appears to be true. The 40mm Galaxy Watch 5 has a 284 mAh cell, with a 410 mAh cell in the 44mm option. Samsung has allegedly upped its quoted battery life from 40 hours to 50 hours as a result. The two models are both 9.8mm thick, the same as the Galaxy Watch 4.

The Galaxy Watch 5 Pro, on the other hand, is quoted for 80 hours of endurance according to this leak, thanks to the 590 mAh battery under the hood. As was confirmed in an earlier leak, charging speed has also doubled to 10W. The Watch 5 Pro apparently measures 10.5mm thick.

And beyond the battery in the Galaxy Watch 5, this leak also reveals that Samsung isn’t making any major changes to the core specs. It’s expected the Watch 5 will retain the same Exynos W920 chip as last year alongside up to 16GB of storage – RAM is not mentioned, but presumably unchanged.

Also mentioned is NFC, eSIM for LTE models, and a revamped health sensor apart from the sensors used for heart rate, ECG, and similar features. It might be related to the rumors of temperature measurements.

Samsung is expected to launch the Galaxy Watch 5 and Watch 5 Pro next week on August 10.