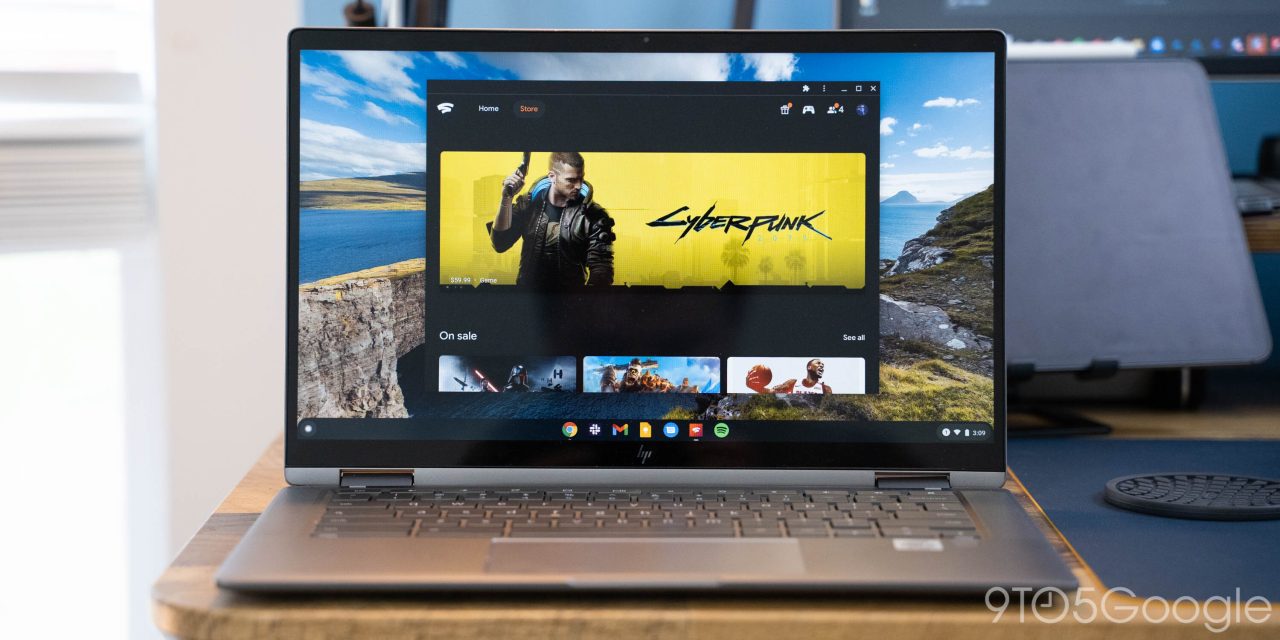 Google is rolling out a new desktop UI for Stadia that brings greater prominence to titles in your library and more.

The new desktop UI for Stadia was first spotted on the /r/Stadia subreddit and subsequently confirmed by Dan — an official Stadia community manager. This comes almost six months after the Store pages were given an overhaul and makes it even easier to jump into your games with a card-style layout and simple “Resume playing” buttons for recently played titles.

Rather than having a large thumbnail for your most recently played game(s), the new Stadia UI has a large “Game on” banner that lets you “resume playing or discover new games and players to play with.” Selected titles in your account may appear here prompting you to play with public open parties with the quick ability to join parties and jump in.

It also seems that free-to-play or promoted games will also appear in this list. This does not appear to be a library replacement as the “Your library” tab still lives underneath this revamped section. A new section you may notice on the Stadia “Home” section on desktop is a new UI portion called “Get to know Stadia.”

This appears underneath any of your in-game captures, recordings, and game states. These are simply quick knowledge panels that give you at a glance information on the platform, the benefits, costs, and much more.

Google has confirmed that Stadia’s new desktop UI is “slowly rolling out to everyone” and should be available to all users of the cloud gaming platform “soon.” This new-look interface certainly bears more of a resemblance to the mobile application and provides greater cohesion. We’re interested to see if this change makes the jump from desktop to the Android TV version of Stadia in the coming months.