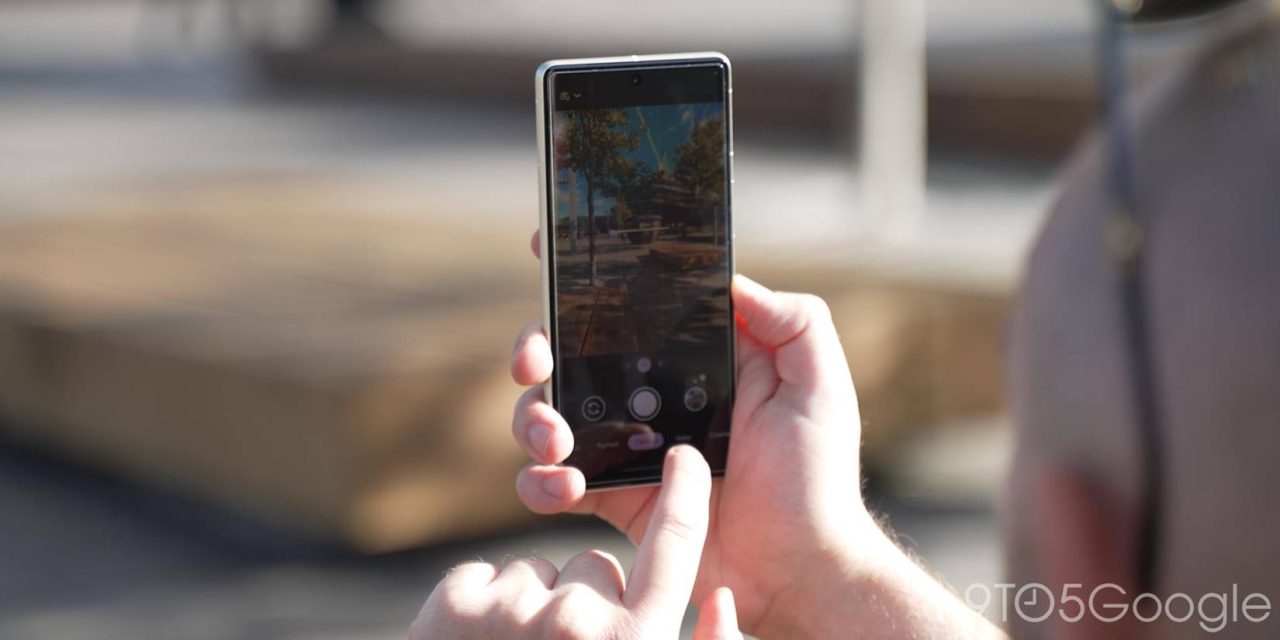 The Pixel 7 and 7 Pro are the first devices to run Google Camera 8.7 and there are a handful of functional and visual changes.

To presumably highlight the new zoom capabilities, opening Settings > Gestures reveals that “Double-tap action” is back with options including: Zoom, Switch Camera, or Off. Google removed the shortcut starting with the dual-camera Pixel 5 and 4a 5G.

Double-tapping lets you go between 1x and 2x (on a Pixel 7), with the new zoom UI appearing just above the shutter button.

In Settings, you’ll also notice the return of Frequent Faces after it was temporarily disabled in May. The feature “prioritizes the people you photograph most” when using Top Shot, as well as help the “camera show skin tones more accurately and recommend the best photos.” Frequent Faces data is only saved on a device, while turning off the feature deletes that information.

In the camera viewfinder, long-pressing no longer launches Google Lens, but rather gets you a tweaked focus lock that’s marked by a yellow square/icon versus the previous circular indicator. The first time you attempt visual search, the Camera notes how “Google lens has moved to Modes,” or rather stays there. This shortcut was certainly a power user feature, but one that most people do not know about. Meanwhile, there’s the QR code reader in Quick Settings with Android 13.

In terms of icon tweaks, Camera 8.7 swaps out the generic settings gear in the top-left corner for icons that identify your current mode. Similarly, the Motion mode gets a new icon (in the shutter button).

Meanwhile, on the Pixel 7 and 7 Pro, Night Sight offers Max/additional exposure times. What’s available depends on brightness level, and we’ve seen ranges from 2-3 and 3-5 seconds, while the “Max” should be up to 6 seconds. The overall improvement is that Night Sight can work faster, but Google is giving the option for improved quality.

Update: Leo in our comments spotted that Locked Folder is now accessed by long-pressing on the last shot preview. It’s a much more hidden access point, though somewhat appropriate for the feature, that addresses how not everyone wanted a persistent button in the top-right corner of the viewfinder.

Google Camera 8.7 is only available on the Pixel 7 series, and has not yet rolled out to older phones.