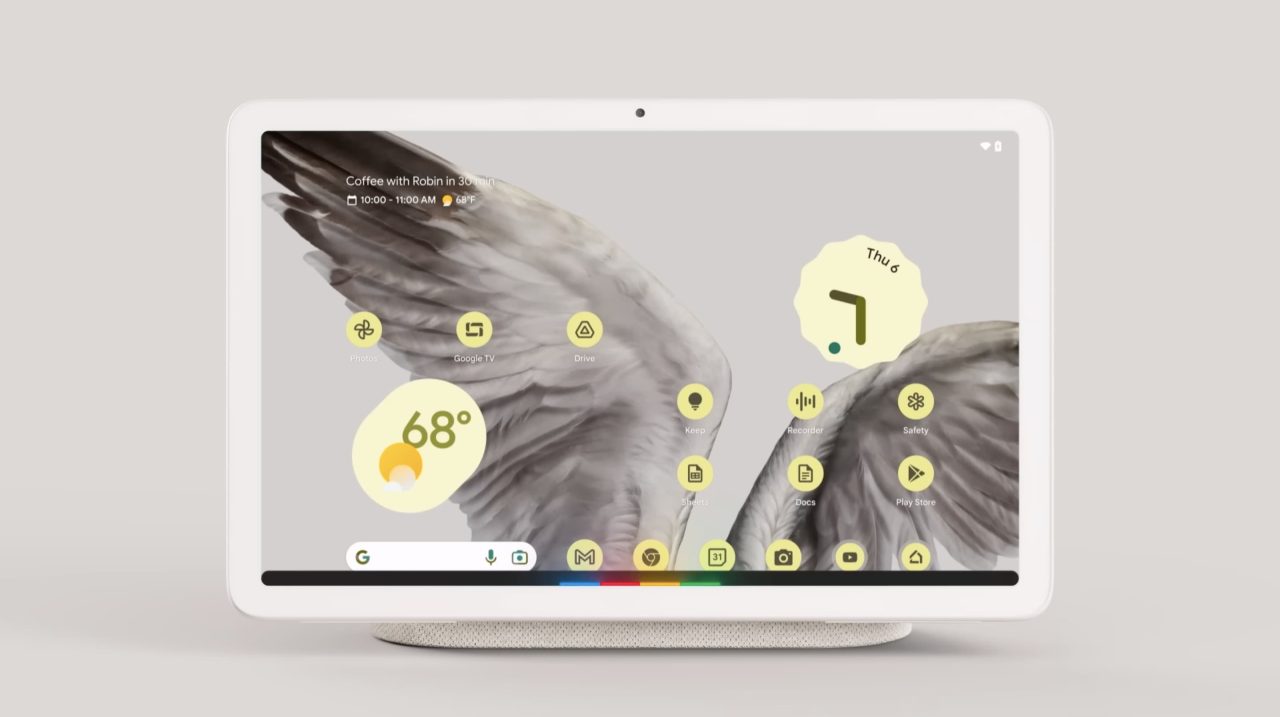 With recent updates to the Google Search app, Google has been steadily preparing redesigns of Discover and the Assistant for the Pixel Tablet.

As the company has shared on two occasions this year, a Google Pixel Tablet is set to arrive in 2023 and is intended to double as a Nest Hub display. For quite some time now, Google has been preparing for the Pixel Tablet between the large screen focused features of Android 12L and 13 and the device-specific animations spotted in other Google apps.

The latest set of Pixel Tablet improvements come from recent updates to the Google Search app, which is also responsible for Assistant and the Discover feed. With the latest beta, version 13.42, our team enabled two interesting new designs that are tied to using the Pixel Tablet.

For starters, we get a better look at what the next-generation Google Assistant — the Pixel-exclusive upgrade that debuted with the Pixel 4 — will look like on the Pixel Tablet. As previously revealed in Google’s official previews, the Google Assistant will maintain the “light bar” design, adjusted to use the full width of the tablet display.

Additionally, Google Assistant on Pixel Tablet will also show its answers on the right-hand side of the screen instead of taking up the center. This makes for a much cleaner design that also lets your current app remain within view.

Moving to Google Discover, the company’s feed of articles relevant to your interests, a new design is coming for the Pixel Tablet, albeit one that is still early in development. For now, the only Pixel Tablet exclusive change is the addition of a greeting along the lines of “Good evening, Dylan” added to the top of Discover, replacing the usual inclusion of a search bar and weather information. In many ways, the change is reminiscent of the Nest Hub’s greeting messages.

Another noticeable tweak is that Google Discover shows two columns of cards, instead of just one, making better use of the additional screen space.