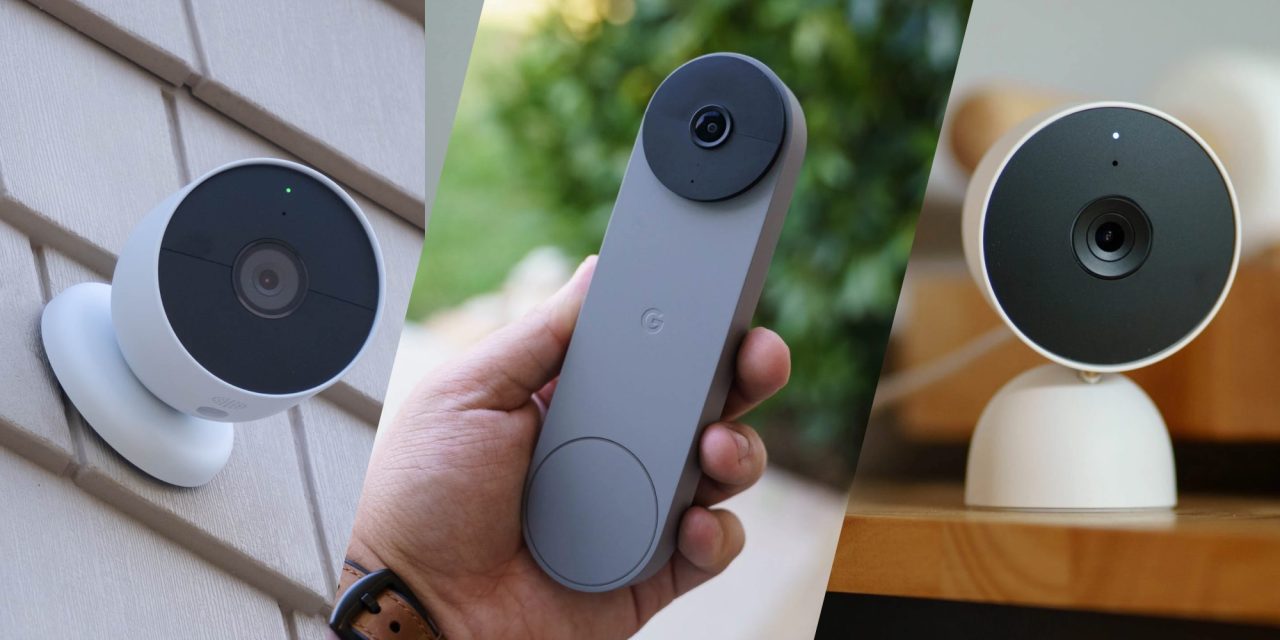 All of today’s best Halloween deals are now up for the taking and headlined by a series of all-time lows on the latest Google Nest Cams. There’s also a rare chance to save on the new Fitbit Sense 2 Smartwatch at $100 off, as well as the very first discount on the just released Chromecast with Google TV (HD) at $20. Hit the jump for all that and more in the latest 9to5Toys Lunch Break.

Starting off the week, price cuts are now going live on the latest batch of Google Nest Cam models courtesy of Amazon and other retailers. Shipping is free across the board. Headlining the price cuts is the latest Google Nest Cam Outdoor at $120 from Amazon as well as Best Buy. Normally fetching $180, this one has largely been going for full price for most of the year with today’s offer marking a return to the all-time low for only the second time. It was last discounted this much back in July, with only a couple of markdowns since. The Floodlight model is also on sale for $190, down from its usual $280 price tag as well. Featuring a weather-resistant build, this Google Nest Cam Outdoor can be mounted outside to survey your property with its 1080p sensor and night vision support. Its internal battery means you don’t have to run any wires, either, while still enjoying the full benefits of an Assistant-enabled camera. Our hands-on review offers some additional details.

Amazon is now offering the very first chance to save on the just released Fitbit Sense 2 Advanced Health and Fitness Smartwatch. Dropping down to $200, this is a new all-time low from the usual $300 going rate. As the latest flagship wearable from Fitbit, the new Sense 2 improves on the original by packing some new health monitoring tech into a slimmer wrist-friendly design than before. Alongside all of the other ways it has been able to keep tabs on fitness, there’s now a stress-monitoring EDA sensor, which joins the built-in GPS, heart rate sensor, and sleep monitoring tech. There’s still a six-day battery life as well as everything else – you can read all about in our launch coverage.

After seeing a price cut go live yesterday on the 4K version, Amazon is now discounting the just released Chromecast with Google TV (HD). On sale for the very first time, pricing drops down to $20. Normally fetching $30, today’s offer delivers the first chance to save with a 33% discount attached.

As the latest addition to Google’s stable of streaming media players, this new HD version of Chromecast arrives as a more entry-level offering for giving the TV some love. Sporting 1080p playback at 60 FPS, you’ll be able to enjoy all of your favorite content alongside the curation features that put all of the shows and movies in one place. We break down what to expect from the experience in our hands-on review.

Amazon is now offering the unlocked Samsung Galaxy S22 Ultra 5G 128GB Android Smartphone for $900. Delivering the second-best discount to date, this is now arriving at $300 off. Coming within $10 of the all-time low, we’ve only seen it sell for less once before and that was only for Prime members.

As the latest flagship handset in the Samsung stable, the Galaxy S22 Ultra arrives with a refreshed, yet similarly-squared off design as last year’s model. New this time around is an S Pen slot to channel some Galaxy Note energy, as well as a 6.8-inch SuperAMOLED panel and the recent Snapdragon 8 Gen 1 chip. That’s alongside 256GB of storage, 12GB of RAM, and an improved 5,000mAh battery backed by 45W charging. Our launch day hands-on review details what to expect.

Amazon currently offers the Sony XM4 ANC Earbuds for $180. Typically fetching $278, today’s offer is delivering a new all-time low at $98 off. This is below our previous mention of $198 from over the fall Prime Day event and a rare chance to save over the past several months. Delivering Sony’s latest pair of active noise cancelling earbuds, its recent XM4 arrive with a design thats 40% smaller than its predecessor while still packing IPX4 water resistance. Its companion Qi charging case delivers up to 24 hours of playback, and rounds out the package alongside a new Integrated Processor V1 for improved active noise cancellation. You can get the full rundown on features in our launch coverage, as well.