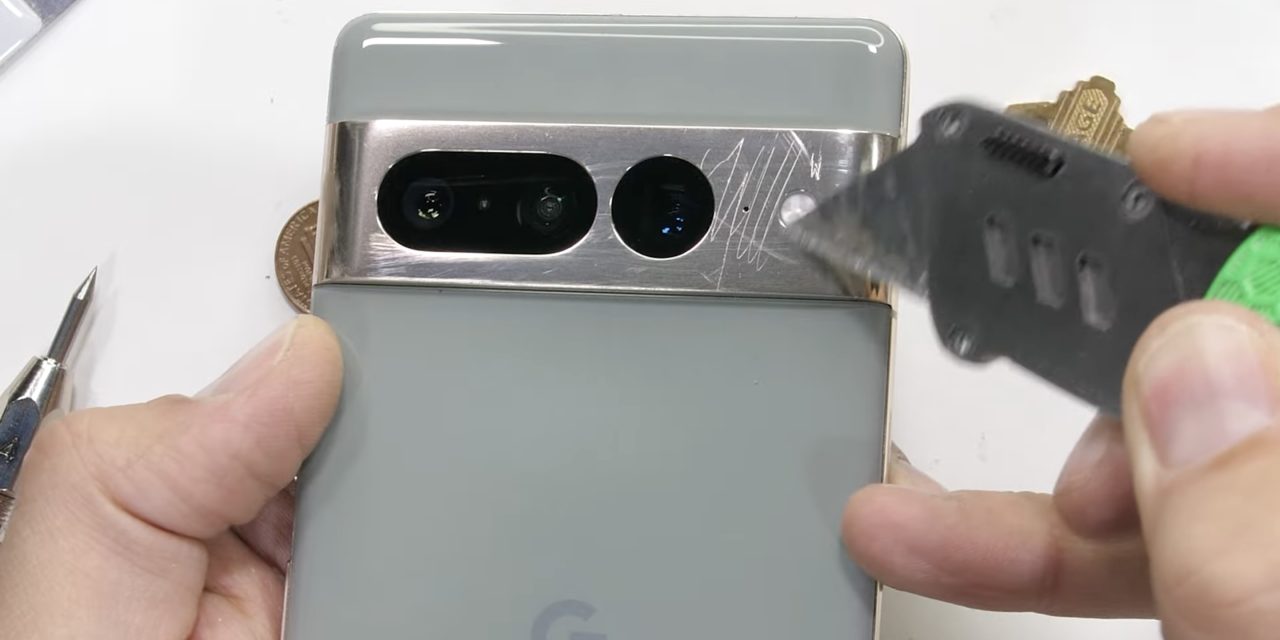 The camera bar is the Pixel 7 Pro’s most striking design element and its highly polished nature is prone to scratches. To find out just how much, check out Jerry Rig Everything’s durability test.

The Gorilla Glass Victus proves scratch resistant with the first signs of damage appearing at level six (on the Mohs Hardness Scale) with deeper grooves at level seven. That said, razor blades can very much leave scratches.

The cover image above is after the Pixel 7 Pro is subjected to scratching by keys, coins, sandpaper, and blades. Zach’s “prediction is that two years from now the Pixel 7 series of phones is going to aesthetically look pretty hammered, more so than even the glass lens Pixel 6 phones released a whole year before.”

Applying pressure to the rear causes bending and a break near the antenna line just underneath the camera bar that certainly impacts water resistance. Bending the other way does not result in too much movement, but a case is advisable for those concerned about moisture.

The Pixel 7 Pro does not snap in half nor break catastrophically, but Google is definitely snuggling up a little too close to that Nexus 6P standard of structural integrity.