Review: Montblanc Summit 3 is a stellar Wear OS 3 watch that’s probably not for you 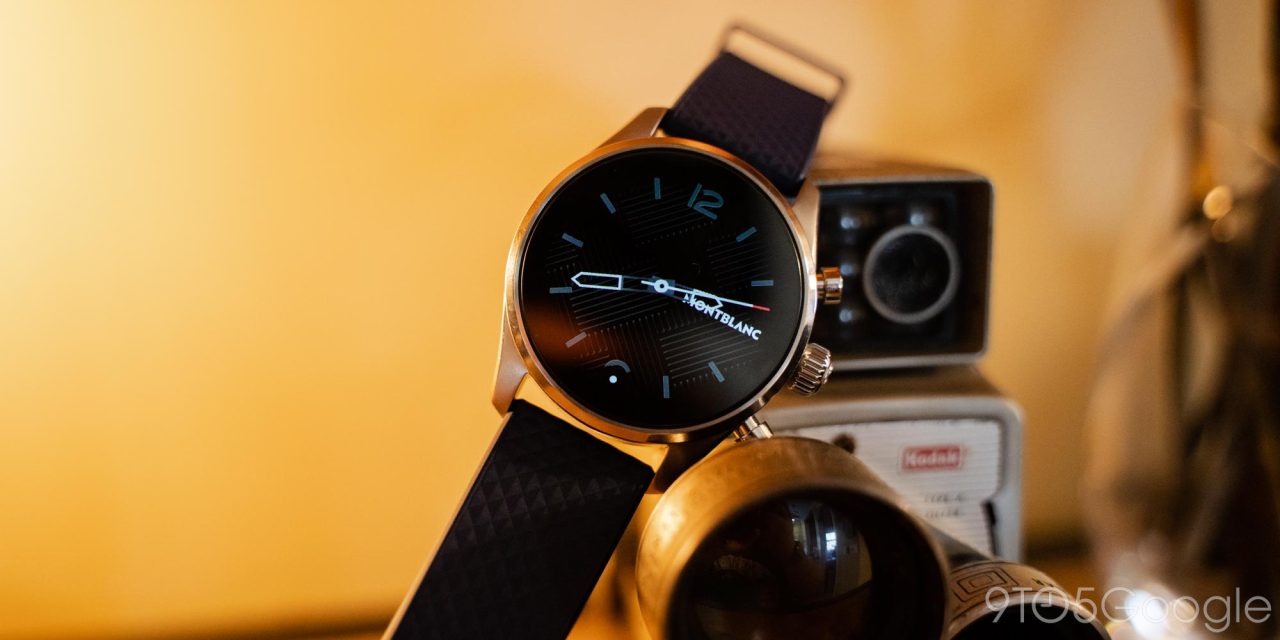 Wear OS has long been a platform for the many, not just one or two smartwatch models. It provides a ton of choice for customers, and with Wear OS 3, it’s also giving brands an easier path to crafting what their smartwatch experience looks like. The Montblanc Summit 3 is one of the first Wear OS 3 watches, and it’s an excellent entry but one that’s certainly not for most folks.

Montblanc is a luxury brand that says it “unites fine European craftsmanship with time-honored designs.” The company started making Wear OS smartwatches in 2017, back when the platform was still known as Android Wear. In the years since, we’ve seen a few Montblanc Summit smartwatches, and the brand also hasn’t been super shy about adopting the latest and greatest. The Montblanc Summit 2, for instance, was the first Wear OS watch with a Snapdragon Wear 3100 chip.

That continued into the latest release, with the Montblanc Summit 3 being the first Wear OS smartwatch running Wear OS 3 outside of Samsung’s Galaxy Watch 4 series.

But, being a luxury brand, the Montblanc Summit 3 also comes with a heck of a price tag. The $1,300 smartwatch quickly prices itself out of consideration for most folks, but is there anything that actually makes it worthwhile? Over the past couple of weeks, I’ve had the pleasure of testing out the Summit 3 to find out.

Starting with the hardware, the Summit 3 is a hefty watch. It measures in with a 42mm case size and is just shy of 14mm thick. What’s more noticeable, though, is the weight. Montblanc doesn’t publish an exact weight, but using a simple scale I came up with a weight of just over 77g, including the band. By comparison, the larger Galaxy Watch 5 from Samsung weighs in at just 54g, including its stock band. 20g is a pretty big difference, and it’s something you’ll feel! That weight primarily comes from the titanium build, which is obviously a much heavier, but also more premium, material from the typical aluminum you’d find on average smartwatches.

Despite the added weight, the Summit 3 actually felt quite comfortable to me after a few hours of wear. The included silicone band doesn’t really feel all that premium, but it’s definitely comfortable for all-day, all-condition wear, and looks quite nice too. There’s also a black genuine band included in the box if you choose to go that route.

But in either case, the look of the Summit 3 is certainly on the dressy side. I felt a little silly wearing such a fancy smartwatch in casual environments and even more so when doing “active” things like playing sports. That said, it does hold up well to those kinds of scenarios, but it kind of kept me away from wanting to use the built-in fitness tracking features. I used general step and heart rate tracking, but that was pretty much it. The heart rate monitor was perfectly in line with a Fitbit Versa 4, but I noticed that step tracking was often drastically different from the Fitbit

Along the side of the Summit 3 are three buttons, one of which is surrounded by but technically “inside” a rotating crown. The buttons aren’t mushy, but aren’t super clicky either. The main button has multiple purposes including going back to the watch face, accessing the power menu, and a shortcut to Google Wallet. The top button is dedicated to the purpose of accessing your recent apps. The bottom button can be customized to your liking.

One thing I’ve noticed throughout my testing is that the two buttons on the top and bottom are quite easy to press by mistake. The bottom button in particular seems to trigger quite easily for me just when I bend my wrist back. The rotating crown also occasionally suffers from a very long-standing Wear OS bug that stops the crown from interacting with the main UI when on the watch face. A reboot almost always fixes this immediately.

Staying on software, Wear OS 3 on the Montblanc Summit 3 is basically identical to what you’ll find on the Pixel Watch. From the watch face, there are quick settings to the top, notifications to the bottom, and an assortment of tiles in either direction. The main differences are that, unlike Google’s watch, most of the services you’ll find in the tiles are from Montblanc. There’s no Google Fit (though it can be installed), with Montblanc offering its own, surprisingly well-designed, fitness suite in its place.

Everything moves pretty smoothly through Wear OS 3 as well. The Snapdragon 4100+ under the hood is technically an older chip, but it gets the job done wonderfully. I noted a few hiccups here or there, but I had fewer software qualms on the Summit 3 than I have had on the Galaxy Watch 4 and 5. Of course, there is one major omission in Google Assistant, which isn’t built into Wear OS 3 and not yet available on watches outside of the Pixel Watch and Samsung’s options.

Montblanc’s pairing app is also pretty good overall. I noticed a few hiccups with animations and certain functions while using the built-in watch face customizer, but it works! And something worth noting is that this is one of the few Wear OS smartwatches left that works with both Android and iOS, which is good when you consider the target market.

And speaking of watch faces, Montblanc has an assortment of included faces that are quite striking. Virtually all of the faces are analog, fitting to the overall design aesthetic. Most of them are good, though I ended up sticking with the “Energy” face which is an analog/digital face with three complications. I used this one primarily because a lot of the other analog faces don’t allow for any complications, which is a shame. Perhaps the single coolest face was “Exploration,” which shows the time, forecast, elevation, and a live compass. These all look great on the OLED display, too, which was bright enough indoors and out during my testing.

I was quite shocked at how long this watch lasts given it’s using the Snapdragon Wear 4100+ that I’ve not had great experiences with in the past. It’s easily a full-day watch even with the always-on display enabled, something that I rarely require but would feel awkward not using in conjunction with such a fancy design. I was usually seeing around 40-50% battery remaining by bedtime, but I never used the Summit 3 for sleep tracking. It’s just too big and bulky.

The verdict really comes down to this. For the vast majority of people, it makes absolutely no sense to buy a $1,290 smartwatch.

But time and time again, the luxury watch market has proven that there are buyers out there for these products. And, frankly, this isn’t even on the high end of that market either. For those buyers, the Montblanc Summit 3 is a solid product without any glaring flaws. I wouldn’t drop the money on it, but if you value style and the brand name above all else and are willing to pay for it, the Summit 3 is excellent. You just have bear in mind it’s not like a traditional timepiece, and probably won’t hold the same functionality a decade from now. Montblanc’s previous Wear OS watches are essentially abandoned at this point, unable to upgrade to the latest software because of the chipsets inside.

You can buy the Montblanc Summit 3 directly from Montblanc and from other retailers such as Macy’s as well.