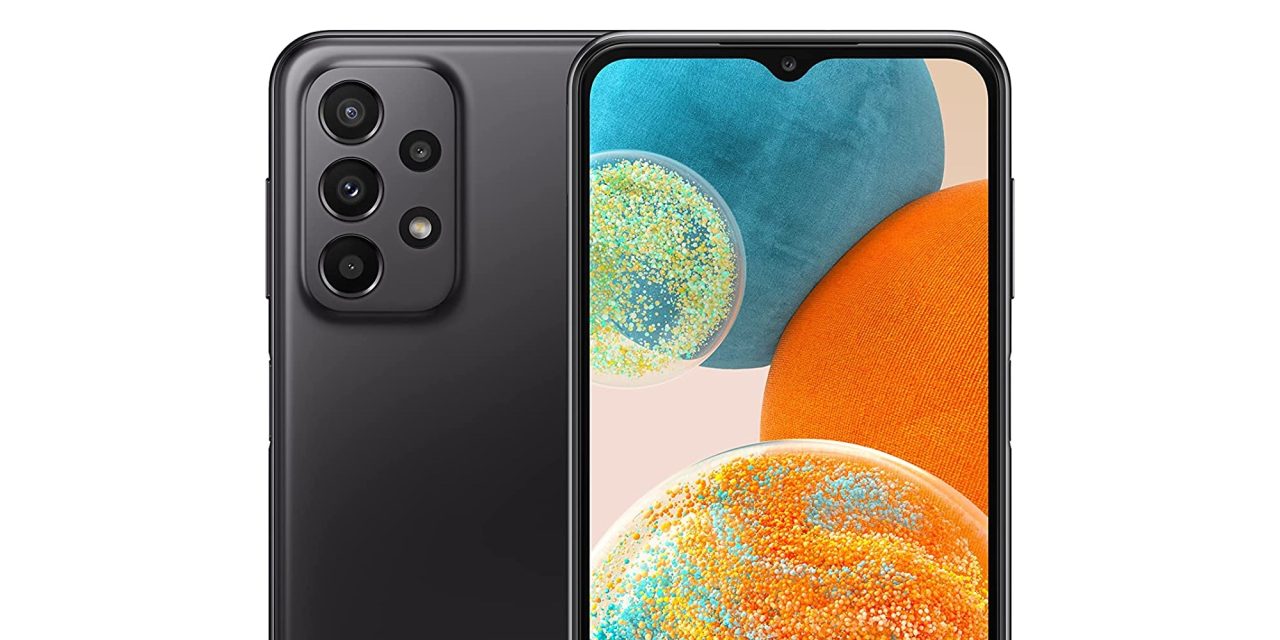 All of today’s best deals include the first discount on Samsung’s new Galaxy A23 5G smartphone at $250, which is joined by the brand’s Galaxy Chromebook Go dropping to a new low of $214. Then go lock in an even deeper price cut on Chromecast with Google TV (HD) landing at $18. Hit the jump for all that and more in the latest 9to5Toys Lunch Break.

Amazon is now offering the unlocked Samsung Galaxy A23 5G Android Smartphone for $250. Hitting a new all-time low, you’re looking at the first notable discount from the usual $300 going rate. This $50 in savings makes the already-affordable smartphone that launched back in September even more compelling for those after a budget-friendly handset.

Despite its more entry-level price point, the Galaxy A23 still arrives with some flagship-caliber features like a 6.6-inch FHD+ display backed by a 120Hz refresh rate, as well as 5G connectivity. The Snapdragon 695 processor is also supplemented by 64GB of onboard storage, and if that isn’t enough room, there’a support for microSD card expansion to round out the package alongside 4GB of RAM and four years of guaranteed updates. Get the full scoop on what to expect in our launch coverage.

Amazon is now rolling out a new all-time low on the Samsung Galaxy Chromebook Go. Dropping down from the usual $300 price tag, the latest release is now sitting at $214. That’s good for nearly 30% in savings while undercutting our previous mention by $36 in order to sit at the best price yet.

Delivering Samsung’s most compact Chrome OS machine yet, its Galaxy Chromebook Go lives up to the name for a design that’s perfect for tagging along to the classroom or really just browsing the web and more away from the desk. Its 14-inch ‎1366 x 768 display is paired with other features like Wi-Fi 6 as well as USB-C connectivity and 12-hour battery life for all-day usage. Dive into our launch coverage for all of the details.

After seeing a price cut go live yesterday on the 4K version, Amazon is now discounting the just-released Chromecast with Google TV (HD). On sale for the very first time, pricing drops down to $18. Normally fetching $30, today’s offer delivers the first chance to save with a 40% discount attached. As the latest addition to Google’s stable of streaming media players, this new HD version of Chromecast arrives as a more entry-level offering for giving the TV some love. Sporting 1080p playback at 60 FPS, you’ll be able to enjoy all of your favorite content alongside the curation features that put all of the shows and movies in one place. We break down what to expect from the experience in our hands-on review.

Amazon is now offering one of the very first chances to save on the new Samsung Galaxy Watch 5 Pro. Dropping the new 45mm smartwatch down to $419, today’s offer is down from its usual $450 price tag for only the second time and delivering the second-best discount to date. Samsung’s flagship Galaxy Watch 5 Pro delivers all of its usual fitness tracking tech, but with an even more premium and rugged design. The titanium case protects all of the new features inside like the circular sapphire glass display and 3-in-1 bioactive sensor for handling all of your workout measurements. There’s also an even more accurate body temperature sensor to complete the package with a larger battery to boot. You can learn all about the Wear OS experience in our hands-on review.

If the more rugged build isn’t a must, Samsung’s standard Galaxy Watch 5 models are also on sale right now. Also hitting the second-best prices to date at Amazon, pricing starts at $249 for the 40mm style while stepping up to $279 for its larger 44mm counterpart. Both of these sport much of the same features as the lead deal, just with designs that aren’t quite as suited towards more rugged endeavors.

Amazon now offers the GoPro HERO 11 Black Action Camera for $399. Delivering an all-time low from the usual $500 price tag, today’s offer amounts to $101 in savings while delivering only the second chance to save. This is an all-time low and $51 under our previous mention, too. GoPro HERO 11 Black arrives with a set of refreshed features that all come centered around the same design as previous-generation models.

The real star of the show is the 1/1.9-inch sensor which can handle taking 27MP photos at an 8:7 aspect ratio. Throw in 10-bit color, as well as SuperPhoto and HDR modes to make full use of the GP2 chipset. Then there are a collection of new software features that make it easier than ever to share photos and videos to social media or to your device to edit. Our hands-on review breaks down exactly what to expect from all of the new features, as well.