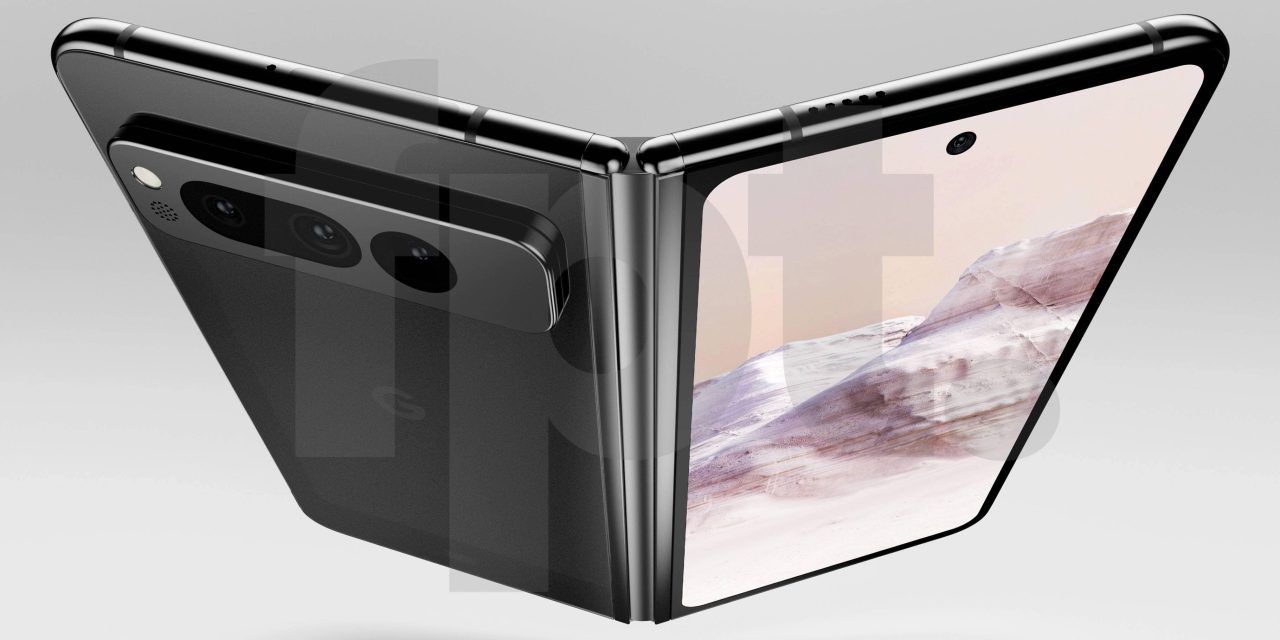 At the start of this year, we reported that the long-rumored Pixel foldable would look more like the Oppo Find N than the Galaxy Fold, and a leak today shows the first design renders of the “Pixel Fold.”

From our best analysis, Google is on its third foldable attempt, having started and then stopped development on Passport and Pipit. As such, specifications and marketing plans have changed in key ways across the iterations.

Front Page Tech today shared design renders of Google’s third version, which should be codenamed Felix. One thing that hasn’t changed from what we reported in January is how the Pixel Fold is like the Oppo Find N in that it’s wider than the narrower, more pocket-friendly Samsung Galaxy Z Fold that most of the world is familiar with.

Starting with the device in its closed state, the cover display has an under-display camera (said to be 9.5MP) with the frame visibly featuring two antenna lines on the top, right side, and bottom when looking at the device head-on. On the back, we have a raised bump (or mesa) with rounded corners that takes after the Pixel 7 Pro’s left pill followed by a circular cutout at the right. Small holes for the flash and microphone cutout (presumably) appear at the very left. A glass rear with the “G” logo appears below that with white and black colors shown.

The inner display opts for top and bottom bezels that span the entire width instead of an under-display camera. This bezel camera is also 9.5MP. The USB-C port is on the right-side bottom edge, while there are five small holes at the top – next to the mmWave antenna – and bottom.

Other rumored details today include the fingerprint sensor being integrated into the side lock button with the volume rocker below, and that the device is heavy given the metal frames. Lastly, the hinge, if these renders stand, would be notable for being rather minimal.

According to FPT, the “Pixel Fold” – though the name hasn’t been finalized, and we heard “Notepad” as a possible candidate for an early iteration, will cost $1,799 and launch in May, alongside the Pixel Tablet. This would line up with a Google I/O 2023 announcement.