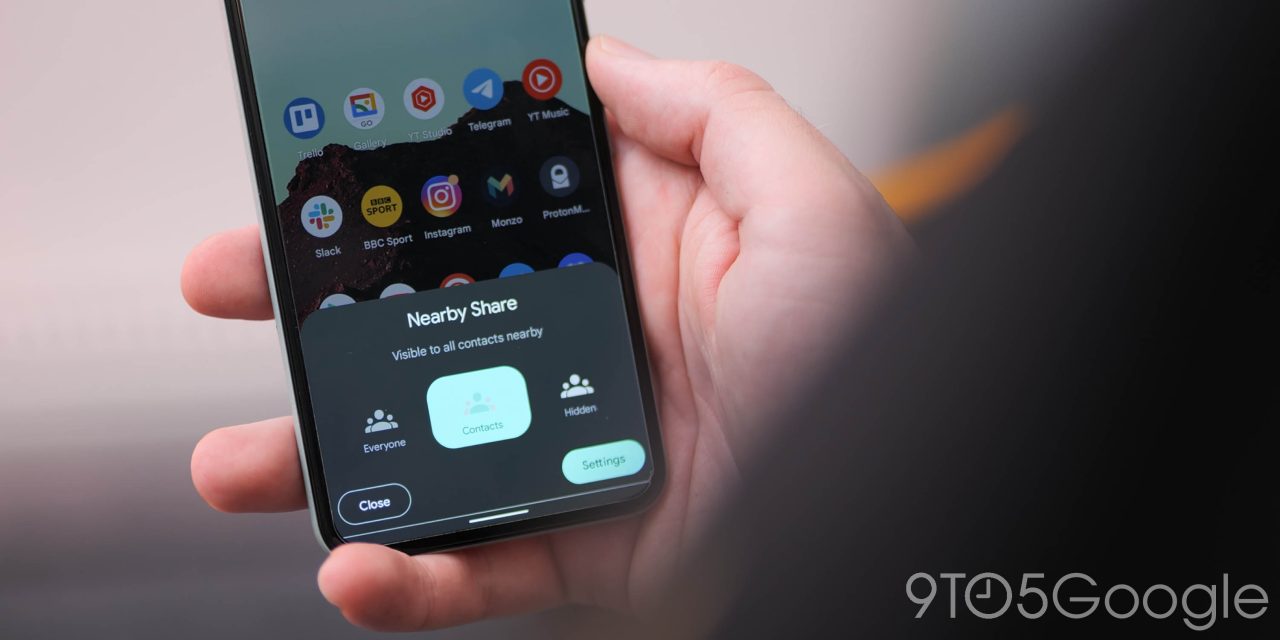 Back in September, Google announced a few updates to Nearby Share, including sharing to your own devices. Another upcoming change will have Nearby Share “show in the first row as a sharing option” in the system Android sheet.

At the moment, “Nearby” appears prominently at the top of the share sheet next to the “Copy” button on Pixel phones, and it’s given similar prominence by other Android OEMs.

It now seems that Nearby Share will appear alongside other share targets, which are presented by larger, circular app icons. “First row” could refer to the line between Direct Share and the alphabetical grid, or the Direct Share row itself.

From Google’s brief announcement, it’s not clear if Nearby Share will take a permanent spot (1-4), or if it will be ordered by frequency but remain in that row regardless of usage. (For example, infrequent usage will see it always stay in the fourth position.) Another possibility is that Nearby Share will initially be placed in the first row as part of this update, but could disappear if it goes unused.

The same double helix icon will presumably be used. It’s a curious move by Google, but appearing as a standard share sheet target could result in higher usage since it’s more familiar to users than the current position above the share grid. It does result in users losing one spot, though putting Nearby Share in the Direct Share row would lessen the outrage.

Google says this phone feature, listed in the changelog under “Device Connectivity” is rolling out with version 22.46 of Play services starting today. (22.43 looks to be the current stable.) That new release also brings: