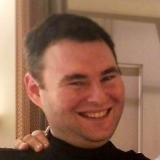 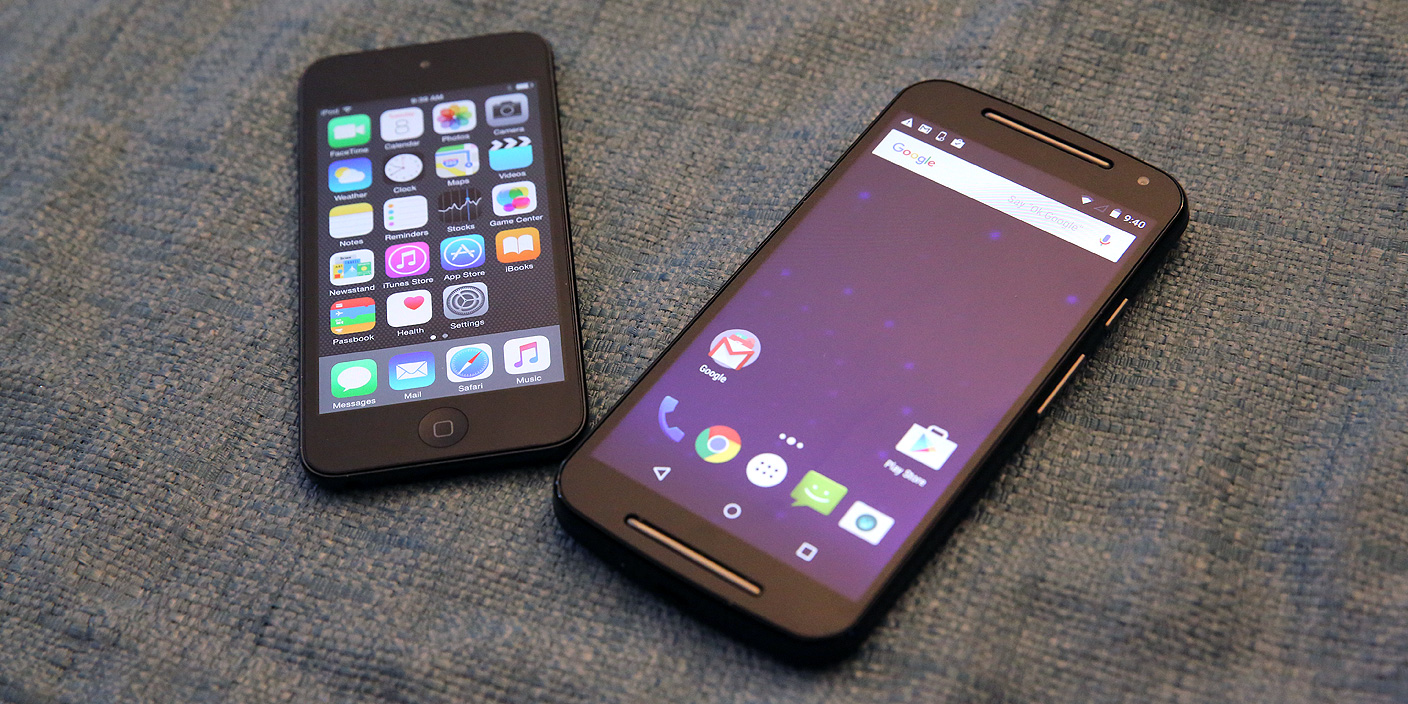 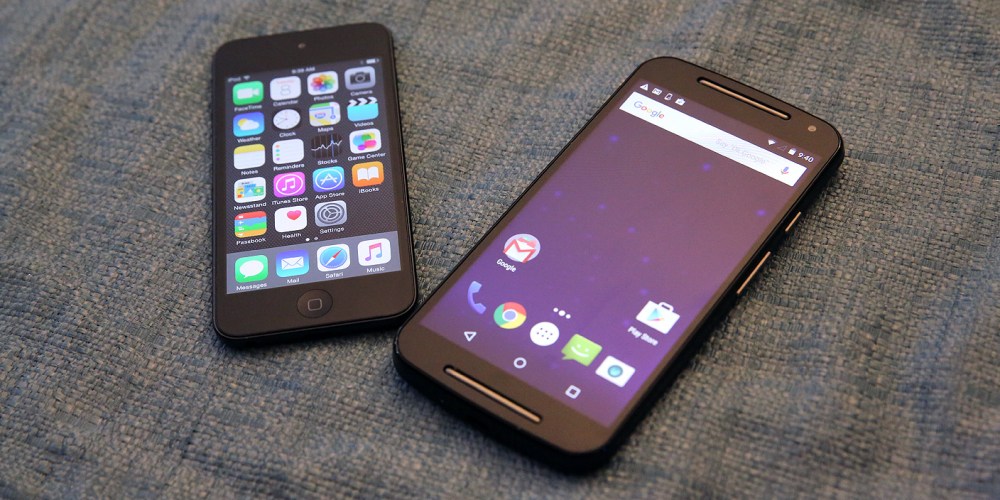 I’ve been an iOS user since day one — back when it was called “iPhone OS” — and haven’t had any reason to leave Apple’s camp. Each day, I use iOS devices and apps, and for the most part, they “just work.” You could offer me a cheap Android phone or tablet and I wouldn’t have much use for it.

Or so I thought. Just in time for the holidays, 9to5’s publisher Seth Weintraub sent me an unexpected gift: a $99 Motorola Moto G (2nd Gen), also available on Amazon. That price isn’t a typo — for under $100 (half the price of the recently released sixth-generation iPod touch), Motorola is selling a full-fledged smartphone with a larger, higher-resolution screen than the $199 iPod, and for that matter the old iPhone 5c I decided to replace it with. You’ve probably heard that Amazon is trying a similar tactic with its $49 7″ Fire Tablets, which so radically undercut the price of Apple’s iPads that you can buy five for the same price as an entry-level iPad mini 2… and still have change left over. Since these products were developed by well-established companies, they’re budget-priced, but not junk.

I wanted to see whether the Moto G would have any value in my life, and how it would stack up against lower-end iOS devices. What I found was exactly the reason Apple leads the cellular industry in profits yet continues to lag behind Android in market share: the Moto G offers a more than “good enough” alternative at a price that anyone can afford. From my perspective, the existence of a good $99 smartphone is precisely the reason the iPod family has all but disappeared, and why even iPad mini pricing is arguably unsustainable…

END_OF_DOCUMENT_TOKEN_TO_BE_REPLACED 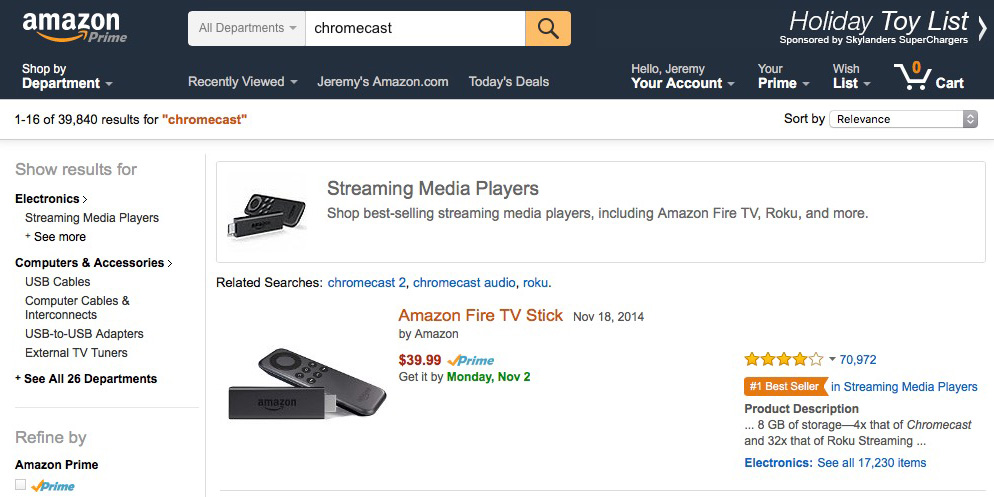 Following through on a threat made earlier this month, Amazon has pulled Google’s Chromecast hardware from its online stores, regardless of whether it was being sold by Amazon directly or third-party vendors in Amazon’s Marketplace.

END_OF_DOCUMENT_TOKEN_TO_BE_REPLACED 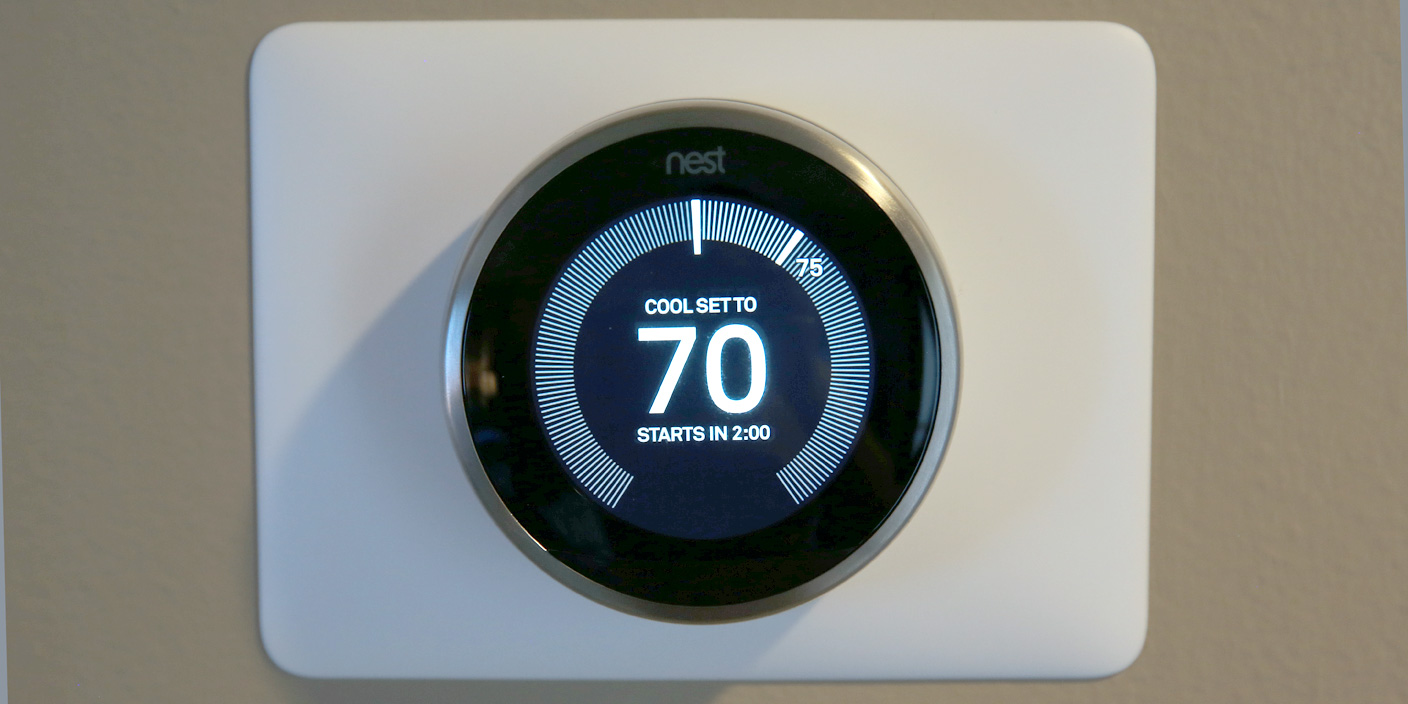 Yesterday, the company announced and released the Nest Learning Thermostat 3rd Gen ($249), which looks familiar at first glance. Still shaped like a metal-clad circle, Nest’s latest Thermostat is a hint thinner than its predecessors, yet sports a larger, higher-resolution screen that can optionally be used as an analog or digital clock. As a satisfied user of the 2nd Gen Thermostat for my home’s downstairs heating system, I bought the 3rd Gen Thermostat to replace the old control panel I had upstairs. Here are my thoughts on Nest’s latest product…

END_OF_DOCUMENT_TOKEN_TO_BE_REPLACED

iPhone 6 is now considered a ‘Vintage’ product by Apple

Snapseed, the excellent free photo editing application, today received its first major update since Google purchased developer Nik Software back in 2012. Version 2.0 arrived in the Play Store with a brand new user interface and a huge collection of new features, most notably including spot healing, lens blur effects, perspective transformation, and a non-destructive editing system that can copy edits from one image to another. The app has been refreshed has a minimalist UI with Material Design influence on Android.

Snapseed’s unique ability to selectively fix small parts of photos — such as improving the brightness level of one dark face in an otherwise bright image — has kept it relevant as a key photo editing tool for years. Snapseed 2.0 expands upon that feature, letting you apply filters and brushes selectively with a brush tool. You can also go into individual layers and make adjustments to changes that were previously applied during the editing process.

Snapseed 2.0 is available for free from the Play Store now, although it’s still rolling out so it may not be available for your device just yet. Additional details are after the break…