Photo of purported Samsung Galaxy F leaks, borrows a bezel from the iPhone 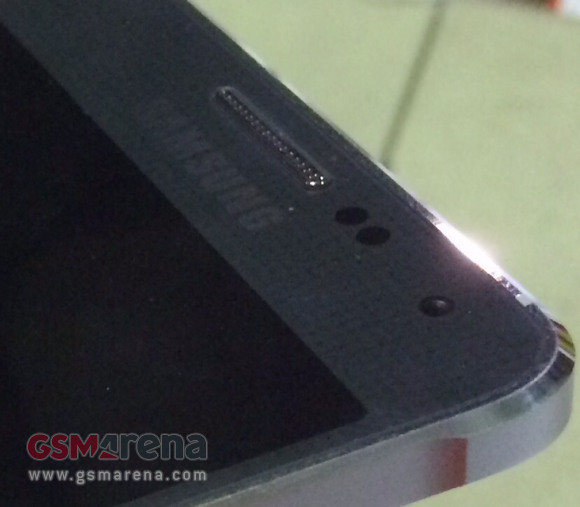 Another alleged live photo of the rumored Samsung Galaxy F device has appeared (via GSMArena), and it appears to sport a bezel that looks very similar to another smartphone we all know very well. The rumored-to-be premium version of the Samsung Galaxy S5 has appeared in countless other leaks and live photos, but this is the first we’ve seen of the device close up like this.

We can’t really glean much from this photo, but it’s plainly obvious that the bezel of this device is shockingly similar to the bezel of the iPhone 5 and 5s. Notably, this device seems to have a sharper corner than the evleaks photo seen most recently. While Evan doesn’t have a perfect track record, only one of them can be the real thing — but there’s not really any way of knowing which as of yet.

The Samung Galaxy F is said to resemble the Galaxy S5 in some way, and will supposedly sport a plastic removable back and an aluminum frame. Definitely take all of these rumors with a pound of salt; it’s only a matter of time before we find out what is and isn’t legitimate.