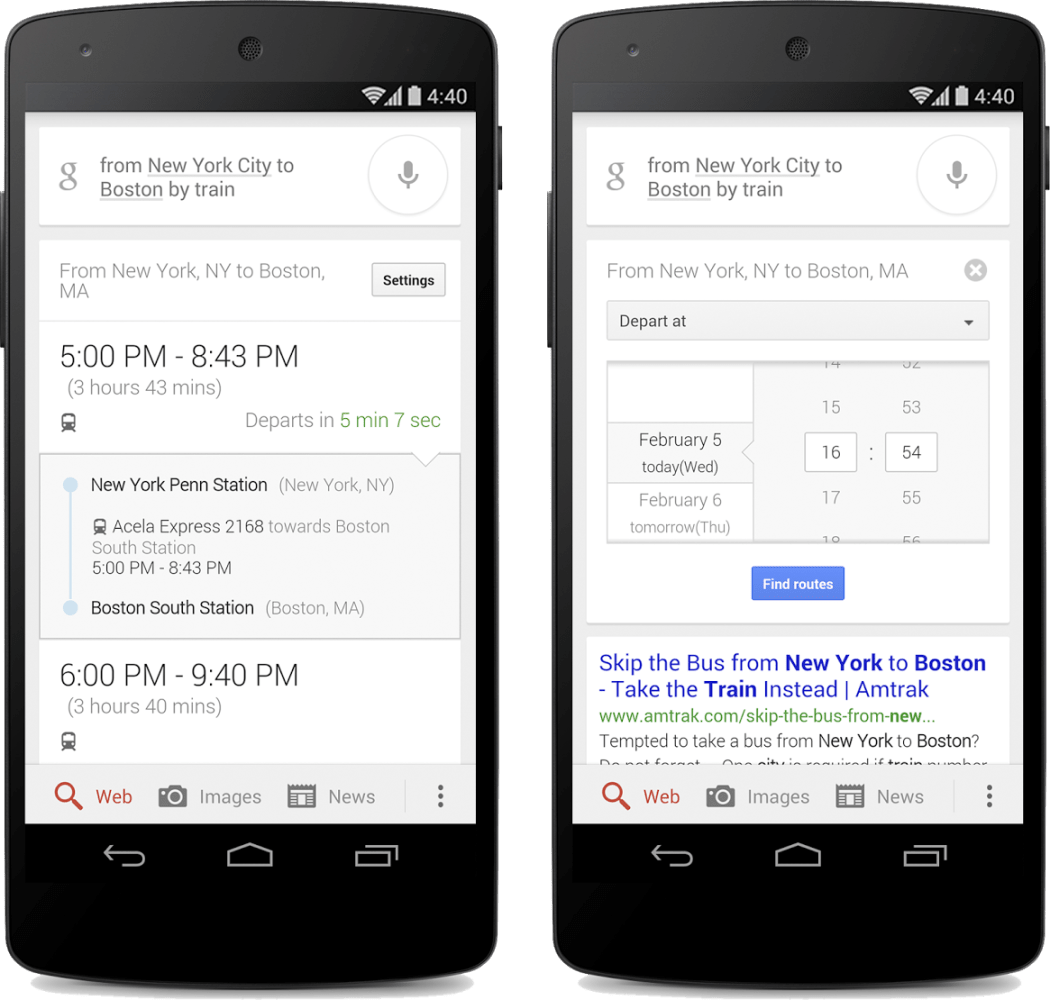 If you’ve ever been using any form of Google voice recognition and gotten frustrated that the friendly female on the other side just can’t understand you, you may be happy to know that a quick command can now fix misheard words. Previously, you would have to start the query over completely, but the Google Search app can now fix its blunders on the fly using a natural corrective voice command.

For instance, if you’re trying to search for the nearest bars, you might say “find me the nearest bars.” Whether it’s your fault or a problem in Google’s voice processing, there’s a chance that the app might interpret your query as “find me the nearest cars.” Using the command “no I said” in a new search will let you replace just that one word. To fix the search, say “no I said bars” and chances are that Google will fix it right up.

Ultimately this is a great and useful update because it makes our interactions with the voice assistant much more natural. Every update that comes to both Google Now and Apple’s Siri seem to make these virtual helpers more and more human like, which in turn make them much more useable. This new feature works in both the iOS and Android versions of the official Google Search app.