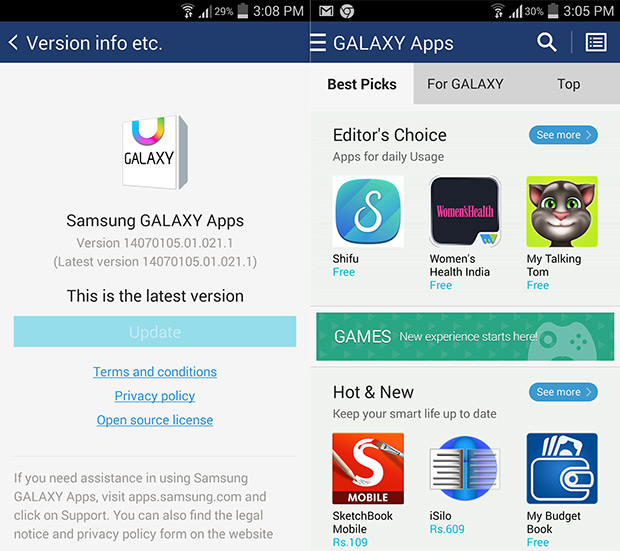 Samsung’s app store, previously called “Samsung Apps,” was announced to be getting a rebrand to be “Samsung Galaxy Apps” right around the same time as the release of the first Tizen-based smartphone. That change happened on the web side on July 1st, but is today being pushed to the smartphone side as well (via Sammy Hub).

The update not only changes the name of the service to “GALAXY Apps”, but packs a few additional performance updates as well. Notably, the interface of the store is flatter, more streamlined, and reportedly a bit more responsive during use.

If you want to grab this update, it will be pushing automatically to users over the next few days. But if you’re an avid Galaxy Apps user and especially eager to get the new design, you can go to the Version Info menu and update manually.