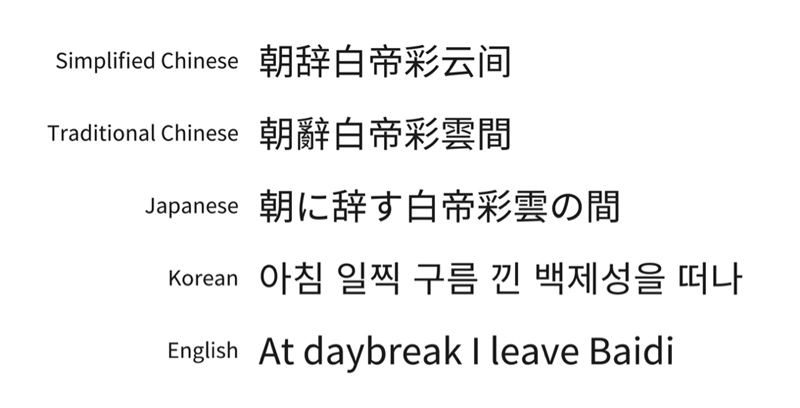 Google explained the technical details of the font family in a recent blog post:

Noto Sans CJK is a sans serif typeface designed as an intermediate style between the modern and traditional. It is intended to be a multi-purpose digital font for user interface designs, digital content, reading on laptops, mobile devices, and electronic books. Noto Sans CJK is provided in seven weights: Thin, Light, DemiLight, Regular, Medium, Bold, and Black.

Fully supporting CJK requires tens of thousands of characters—these languages share the majority of ideographic characters, but there are also characters that are unique to only one language or to a subset of the languages. One of the primary design goals of Noto Sans CJK is that each script should retain its own distinctive look, which follows regional conventions, while remaining harmonious with the others.

Adobe has released the same font family under the name Source Han Sans.