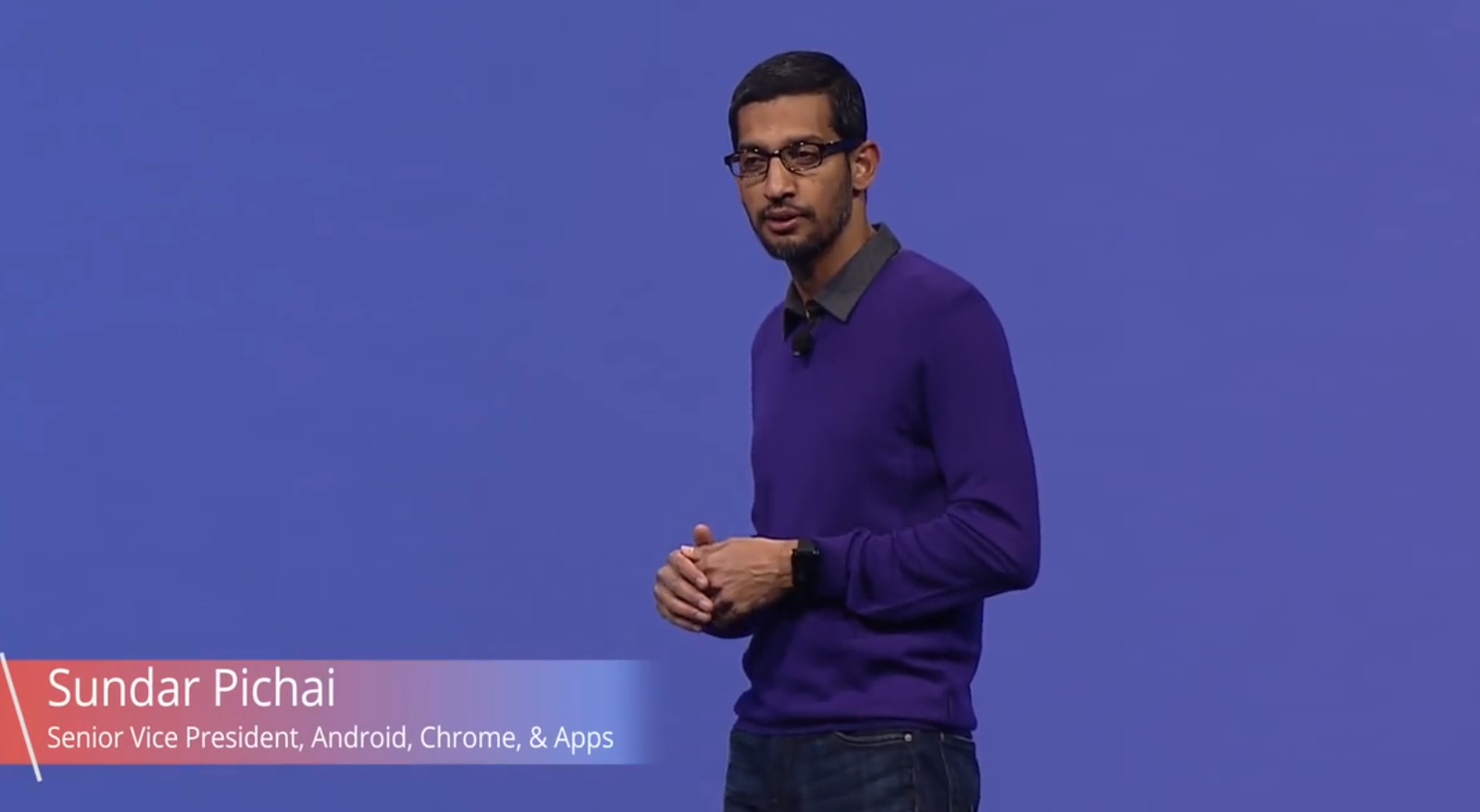 Google’s executive team has undergone a shakeup according to a new Re/code report. CEO Larry Page has apparently decided to hand control of many of Google’s products over to SVP of Android, Chrome, and Apps Sundar Pichai in order to take a step back and guide the ‘big picture’ of the company’s future.

Page has reportedly been concerned for some time that as Google ages it will become less and less innovative. The executive reorganization is designed to help him ensure that doesn’t happen. Pichai will take over what Re/code refers to as “core Google products,” except for YouTube, which will remain under Page’s control.

Other, newer or more experimental areas such as Nest, Google X, and Calico biotech division will also remain under Page’s command as he attempts to prevent any stagnation of the company’s product line. Re/code notes that this doesn’t necessarily mean Pichai is now heir to the Google throne. He’s simply a reliable VP that Page felt comfortable handing the reins to.