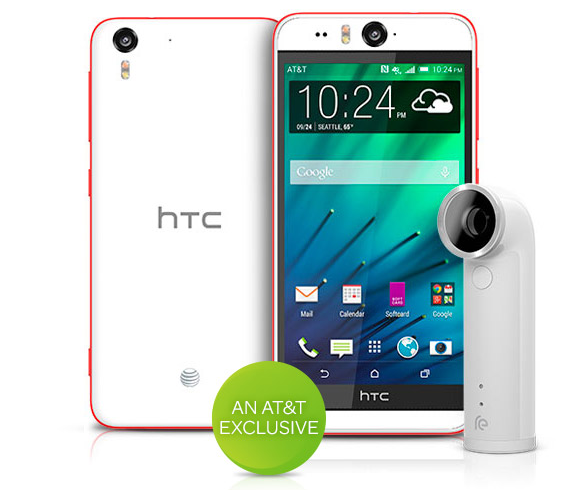 Last month, AT&T confirmed that it was going to exclusively carry the selfie-focused HTC Desire EYE and today the carrier announced that it will start selling the device on November 7th for $150 under a two year service agreement. Ma Bell is also pushing HTC’s new smartphone through its Next program for $22.92 per month (20 months) or $27.50 per month (24 months). However, if all of the aforementioned purchase options sound too complicated, you can just buy the handset with no strings attached for $550.

Also, if you purchase HTC’s trendy new smartphone, AT&T will give you a $50 discount on the Taiwanese manufacturer’s new RE camera bringing its price down to $150. In addition to its front and rear-facing 13-megapixel cameras, the Desire EYE sports a 5.2-inch 1080p display, a 2.3GHz quad-core Snapdragon processor, 2GB of RAM, a 2,400mAh battery and Android 4.4 KitKat.

As for HTC’s new point and shoot camera, it’s waterproof with an 820mAh battery and is capable of recording up to an hour and 40 minutes of 1080p HD video.