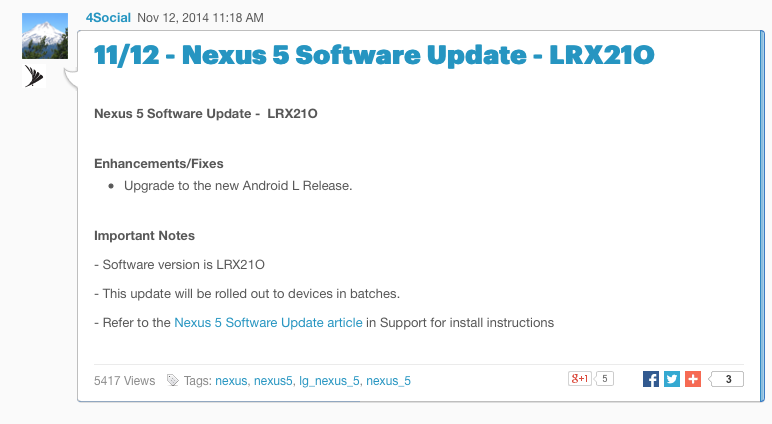 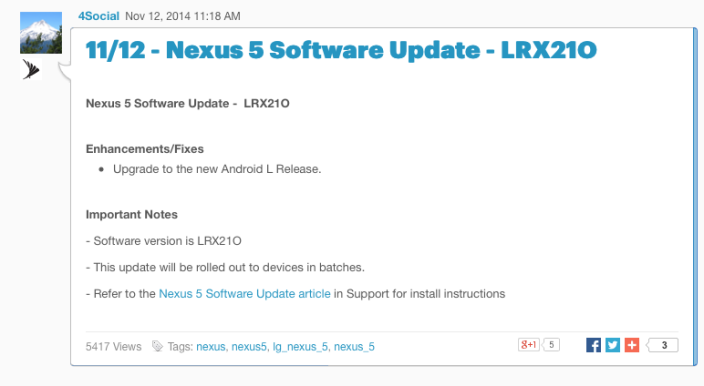 A new post has appeared on the Sprint community written by user “4Social,” with the title listing the Nexus 5 LRX210 software update as happening today, November 12th. The Android community as a whole has been expecting today to be one of the best “update wednesdays” ever (in light of the recent slew of Lollipop update leaks), but it looks like this is further confirmation that the Android 5.0 Lollipop update should be hitting at least one of the Nexus devices at some point today.

The post lists “Upgrade to the new Android L Release” as the main feature of the update, and the software version LRX210 is notably a couple of weeks old—meaning that no major changes have occurred since. The update will supposedly be rolling out to devices “in batches,” as expected. And with this being evidence of the update for the Nexus 5 landing today, it wouldn’t be a stretch to assume that the update will start rolling out to the Nexus 4, 7, and 10 very soon as well.