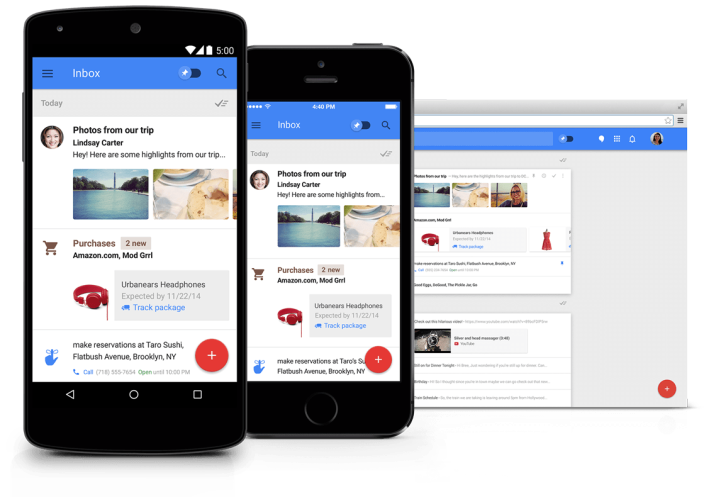 Google, as part of its Update Wednesday regiment, has started rolling out a new version of its Inbox app on Android. Inbox is Google’s latest attempt at making it easier to manage email. The app initially launched back in October and is still accessible by invite-only. Today’s update to Inbox adds a handful of notable features:

For one, Google touts that the tablet experience has been improved with minor interface tweaks and performance improvements. The update also adds suggestions as you type when creating Reminders, which Google says greatly reduces the time it takes to create a reminder.

Google has also greatly enhanced Android Wear support for Inbox with this update. Previously, Inbox supported Android Wear, but in a very basic and clunky manner. Today’s update optimizes Inbox notifications for Android Wear. You can now reply to, view, and mark messages as done without taking your phone out of your pocket.

The update is rolling out now to the Play Store. As with most Google app updates, however, it appears to be a staged roll-out, meaning that it may take a while to hit your device. Nevertheless, you can check the Play Store now.