Bloomberg is reporting that the Samsung Galaxy S6 will be released in two versions, one of them with a wraparound screen similar to the Note Edge but curving around both left and right sides of the display.

Samsung Electronics Co. plans to release two new versions of its top-tier Galaxy smartphone next month, including a model with a display covering three sides, according to people with direct knowledge of the matter […] The second model to be unveiled at the Mobile World Congress in Spain will only have a front-facing display.

Earlier claimed renders had also suggested a curved screen, though with some confusion about whether the wraparound would be on only one side, like the Edge, or both sides as now claimed by Bloomberg … 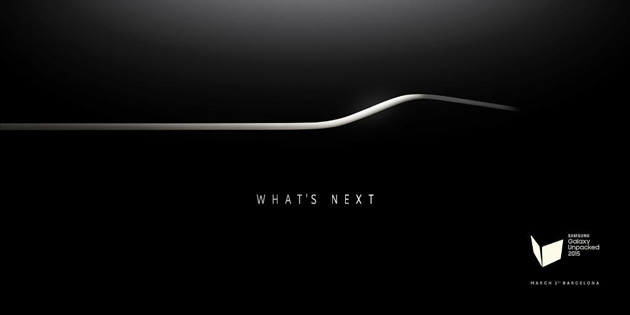 Samsung had strongly hinted at a curved screen in the teaser image it sent for its launch event at Mobile World Congress scheduled for March 1st.

Samsung has been struggling to compete of late, facing pressure from Apple’s new iPhones on one side and Chinese competitors like Huawei and Xiaomi on the other.

“Samsung need a model with new technology to stop the iPhone juggernaut and to distinguish it from others,” said Lee Sang Hun, a Seoul-based analyst at HI Investment & Securities Co. “Although Samsung is continuing to release cheaper models globally to defend its market share, the next S phone is more important because that’s where they make money.”