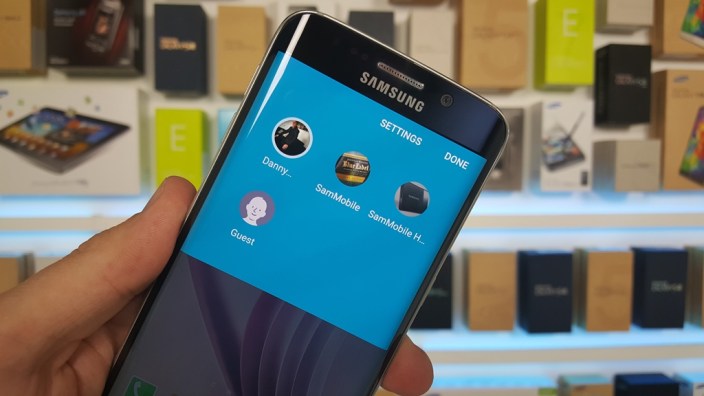 With Android 5.0 Lollipop, Google added support for multiple users sharing a single device. In its own infinite wisdom, however, Samsung decided not to include this feature on its Android 5.0 devices. According to a report from SamMobile, Samsung plans to add Guest Mode to its device with Android 5.1.

Specifically, SamMobile says it can confirm that Guest Mode will be added to the Galaxy S6 and Galaxy S6 Edge with their respective Android 5.1 updates. The feature supposedly works the same with TouchWiz as it does on stock Android devices. Each user has his/her own personal account with the ability to install their own apps and create their own homescreens. Each individual user can also add their own fingerprints to their account and allow it to only be accessed with that fingerprint.

It’s unclear at this point when Samsung plans to start rolling out Android 5.1 to its devices. We would expect the company to continue its trend of rolling out the update internationally and then bringing it to the United States.