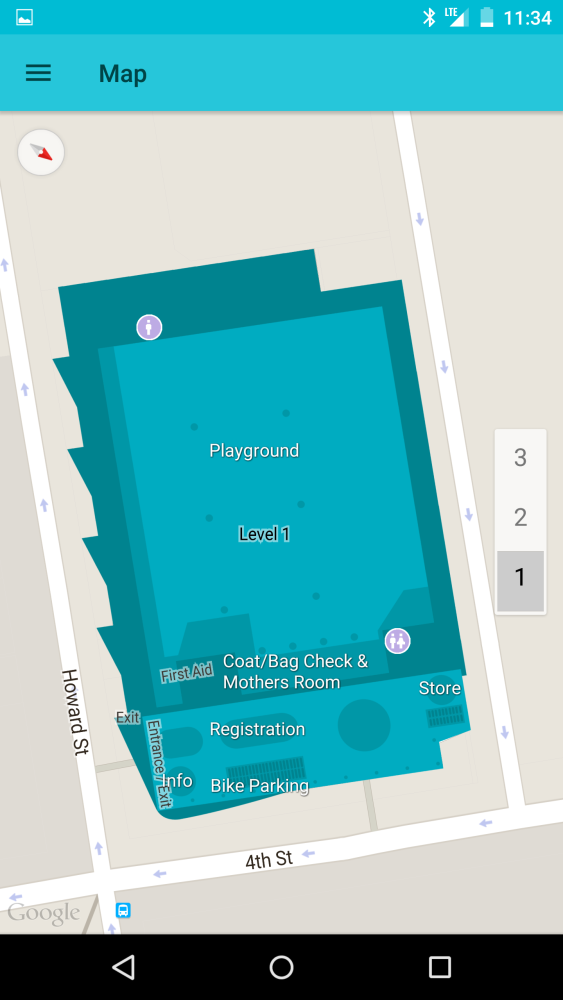 The Google I/O app has received a few major updates over the last few years, each one landing right around the time of Google’s huge developers’ conference taking place in San Francisco, California. Now, some users who joined the beta channel of the Google I/O app last year have started receiving the update to its Google I/O 2015 version, and it packs a nifty super-Material redesign…

There’s not much new to learn about I/O 2015 in the app, as the directory of sessions in-app is pretty much the same as the directory online. What you will find is quick access to your I/O schedule, an “Explore” section for finding sessions that you might want to attend, and in interactive map of the Moscone convention center. On the map, you can select between the three main floors and find out what’s happening on each.

There’s also a “Videos” section for watching sessions from current and past years, a “Social” tab to quickly tweet and post to Google+ using this year’s official hashtags, and a “Settings” page to configure the app to your liking. If you aren’t going to be at I/O (like most won’t), then you can uncheck the box (or choose the option when the app launches) to only show live-streamed sessions as opposed to all of them.

The I/O 2015 update for the I/O app hasn’t rolled out to the Play Store, but some users who signed up for the beta channel for last year’s app are now seeing the update. Sadly, sign-ups for the beta channel are seemingly closed, now, so the only way to get the new version is to manually download the .apk file. You can find that download, version 3.1.2 of the app, over at APKMirror.