Controversial Adblock Plus just launched its own mobile browser for Android

“Adblockers,” browser tools which work to hide ads from the web browsing experience, are a controversial topic of discussion among those in the media industry. And for good reason, as the media industry as a whole is in the midst of a large shift from creating content for – and earning a vast majority of revenue from – the print and desktop mediums, where large boxy ads have long reigned king. But when we talk about adblockers, the one tool we’re all probably referring to, the one which has become synonymous with the term, is Adblock Plus (ABP), and the company behind it has released a dedicated browser for Android…

It’s called Adblock Browser and entered beta today. To give it a spin, you need to join ABP’s Google+ Community, where you’ll then receive a special link to the Google Play Store to download the beta app.

The company notes in a blog post introducing the browser that Adblock Browser is based on Firefox for Android – it’s really just Firefox 37 for Android with Adblock Plus baked in, actually. The company attributes its admiration for Mozilla as a key reason for choosing to use Mozilla’s open source browser with this project. “Mozilla’s openness is what made Adblock Plus possible in the first place. And since we have to bet on one platform, we decided to bet on Firefox,” the company said.

Fans of ABP may remember a time when the company offered both a Firefox for Android add-on and standalone app for blocking in-app ads. The latter was removed from the Play Store by Google for “interference with another service or product,” according to the notice Google included with its removal. In regards to the former, ABP says that building a standalone browser versus offering an extension for Mozilla’s official mobile browser “gives us a lot more freedom to integrate adblocking as a first class feature that’s easy to understand and configure.”

The new browser does indeed offer deep integration of some of the advertising controls Adblock Plus users have come to love. By default, Adblock Browser blocks all of what the company considers “intrusive” web advertising and leaves up what it deems to be “non-intrusive.” Included in the settings drop-down is a toggle for enabling and disabling ads on the website you’re currently viewing. If you really dislike web advertising, you can go into the Settings menu of the browser and block all advertising including ads deemed by the company to be “non-intrusive.” 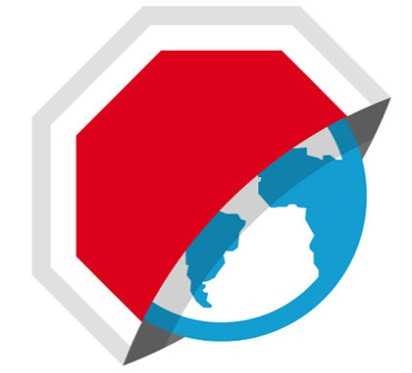 Adblock’s guidelines state that “non-intrusive ads,” or ones that will be shown by default, are “static, non-animated ads that never obscure page content, don’t appear in the text area, don’t require scrolling to get past when placed in a header, and don’t take up more than a third of horizontal space in a page.” Websites with ads that fulfill the criteria for “non-intrusive” must submit their website for review to be considered for whitelisting, however, as Adblock doesn’t do it by default. The company has come under fire in the past for charging some companies to be whitelisted, which surely hasn’t helped with its controversial image.

At the end of the day, the controversy surrounding adblocking all falls into a gray area between morality and subjectivity, which makes this a difficult, nuanced conversation. For readers it’s a mostly passive experience, visiting websites – often nowadays through a link on social media – to see what’s happening that day in the world of news and entertainment.

The reader doesn’t see the complex content-management-systems used and long hours spent hunting down individuals to get one quote for a story, or the going back and forth with an editor to find the right persuasive angle. It’s real people spending their lives doing real work and while many publishers are increasingly diversifying their income with events and/or “native” ads, traditional display advertisements that are found on nearly every website around the Internet are still vital sources of income that pay real salaries for these real individuals.

The obfuscation of the process behind the work (like writing this story) makes that hard to see, though, and with all forms of media grabbing for people’s attention these days (see: Snapchat, YouTube, Netflix, etc) it’s nearly impossible to justify trying to charge consumers actual money for access to what looks like bunches of text. As a result, many publishers seek out ads as their next best bet. Many will reflexively say that the ads they see online are horrible and they couldn’t imagine browsing the web with these ads in view.

If we’re being honest, however, the web works well with ads displayed and your browsing experience with them on is (probably) just fine. There will always be edge cases wherein the ads are exceptionally bad (read: auto-playing video ads), but in those cases the publisher should know better and rightly deserves to be starved of their traffic until they fix the problem.

At the very least, understand that much to the chagrin of some web developers like myself, mobile is taking over and the next 4 billion people to come online will have a smartphone or tablet as their first internet-connected device. Online display ads are a buoy for many publishers while they work on transitioning to newer, cleaner ways of monetizing their content that work well in native mobile apps. The display ads of today won’t work in the mobile-centric world of tomorrow because they were designed for an era where we were all spending most of our Internet-connected time viewing it through large monitors with much more screen real-estate. A world where display ads are a thing of the past is just on the horizon.

In the event you do choose to use Adblock Browser for Android, maybe when you’re looking at our website from it you’ll pop open the drop-down and turn off ad-blocking?