Today we’re getting a look at an upcoming new version of the Google Photos app courtesy of some screenshots obtained by AndroidPolice. The app features a new Assistant mode that appears to replace the old Autoawesome feature with a more manual editing experience, as well as something new features and tweaks to the overall user experience.

The new Assistant features appears to largely replace what was previously known as “Autoawesome” and in the process offers some more manual controls for the feature that allow users to turn photos into albums, movies, animations and more. Here’s a look: 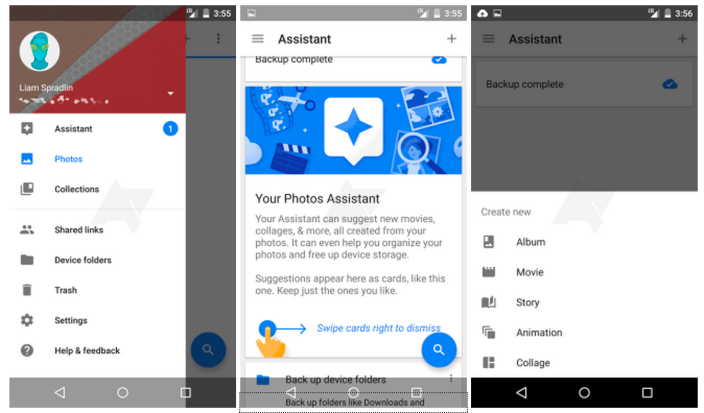 As for the new user experience, Google is including a number of new view modes for organizing content using various layouts and the ability to create sharing links for photos and videos with privacy controls. In addition, the app adds some new gestures that make hopping in and out of photos possible via pinching, as well as other quick touchscreen gestures for things like selecting multiple photos.

Head below for more screenshots of the new, upcoming Google Photos app for Android: