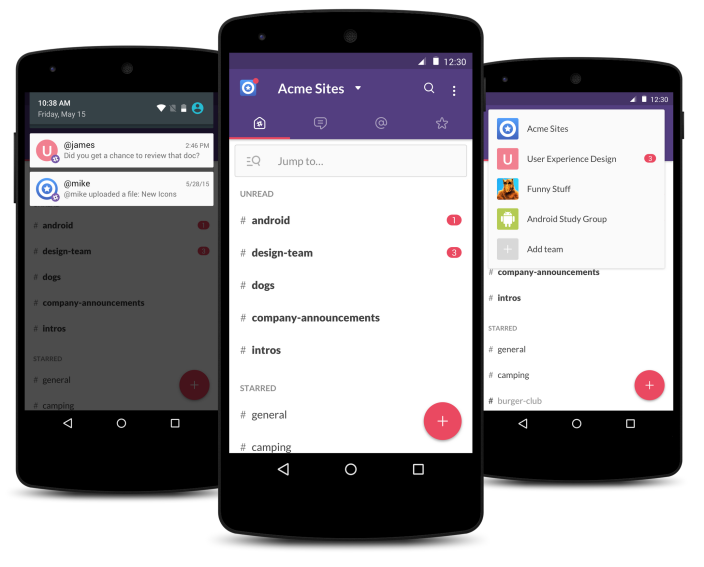 Slack, the workplace communication service that has taken the corporate communications space by storm, has released what is says is a “better, faster, and all around Android-ier” Slack app for Android, rewritten from the ground up. The biggest changes to come with this new version are a faster user experience for navigating around the app and the introduction of new user interface elements which follow the Material Design guidelines set forth by Google.

First off, Slack has ditched the old hamburger-menu left and right drawers for accessing channels, direct messages, starred items, and mentions inside groups in favor of a simpler tabbed navigation which will be familiar to users of apps like Twitter for Android.

They’ve also added a dropdown for fast switching between all the Slack teams you might be in, a new button stuck to the bottom right of the app for quickly locating or creating channels, DMs or groups, a notification system which groups all your notifications by team, and improved search, to name just a few of the changes. A lot of the transitions between screens now follow Material Design standards found in the Animation section of Google’s guidelines about moving without hard cuts, properly directing the users attention during transitions, and more. 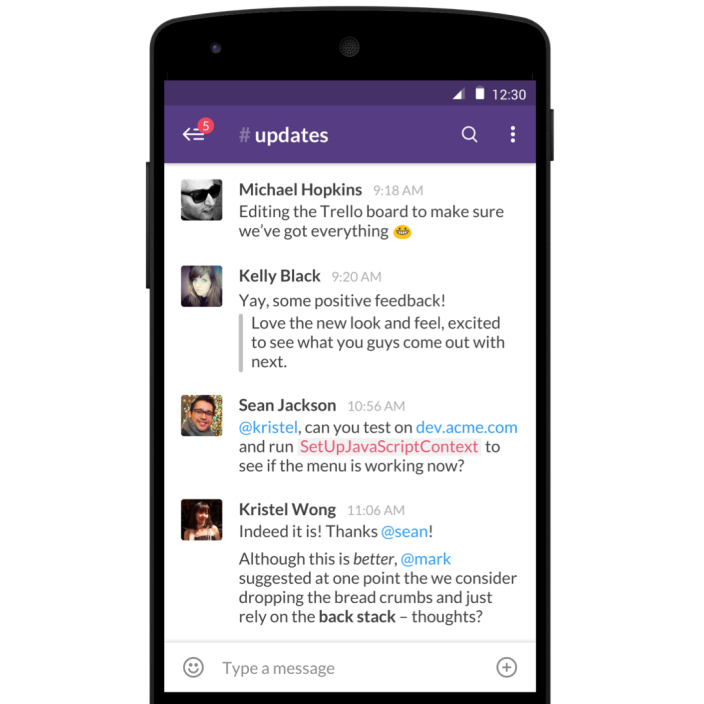 Finally, Slack for Android users can now modify the format of text – typing things like *bold* to make text bold – and actually use emoji in messages.

All-in-all the big focus of this update was speed, with Slack finishing the announcement by saying that they’re continued focus going forward is “working on making performance on low memory devices better and optimizations around initial load time.” And with the company having raised $340 million in funding since its founding in 2013, corporations can rest easy knowing they should be around for quite some time to follow through. The update should be available soon from the Play Store.