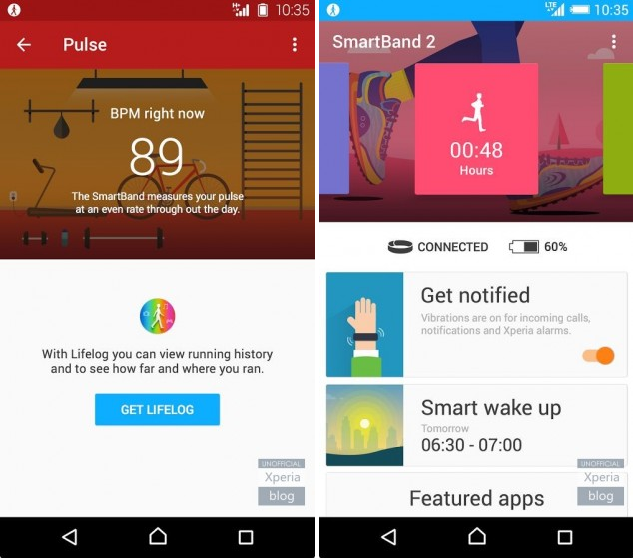 While Sony has yet to officially announce a second generation SmartBand fitness tracker, it briefly released a companion Android app this evening for the device before quickly taking it down. The app, no longer available in the Play Store, was simply titled SmartBand 2 and gave a handful of features we can expect to find in Sony’s upcoming wearable (via Xperia Blog).

First off, the description of the app touted that the SmartBand 2 is able to measure your pulse at an even rate throughout the day using the heart rate monitor on the bottom side of the band. The app also has a “smart wake up” functionality that gradually wakes you up every morning in your lightest stage of sleep.

While the app says it is optimized for the Xperia line of devices, users report that they have been able to install it on any Android device. Sony has yet to officially announce the SmartBand 2 but with the app already seemingly in its final stages of development, the device shouldn’t be too far off.