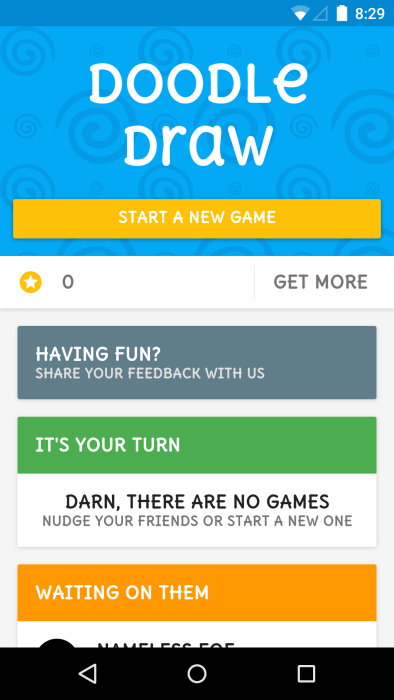 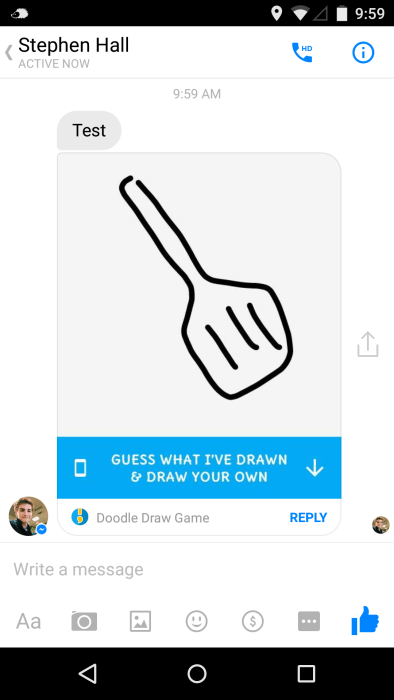 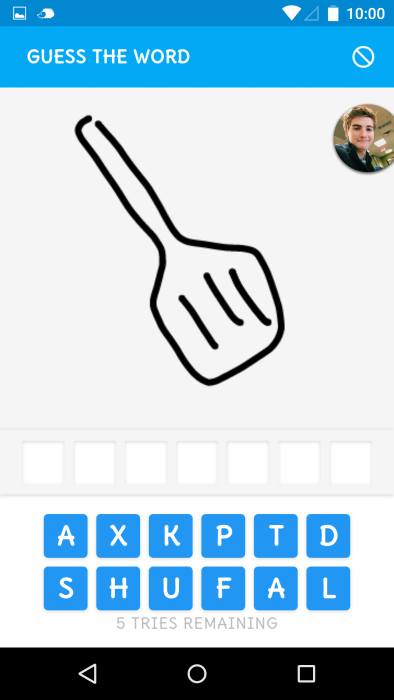 Back in March, Facebook made much noise with its unveiling of Facebook Messenger Platform, a way through which developers can integrate their third-party apps into the company’s popular Messenger app, creating new uses and features for the messaging service. Now, the platform is seeing its first Android game in the form of Doodle Draw.

Similar to Draw Something, Doodle Draw allows users take turns drawing a picture of something with their opponent having to try and figure out what exactly they drew. In the example above, I received a drawing from my partner and had to use the letters presented to me to try and determine what it was (a spatula). Players earn stars that can be redeemed for new drawing colors by choosing hard things to draw and guessing their opponents drawings correctly. 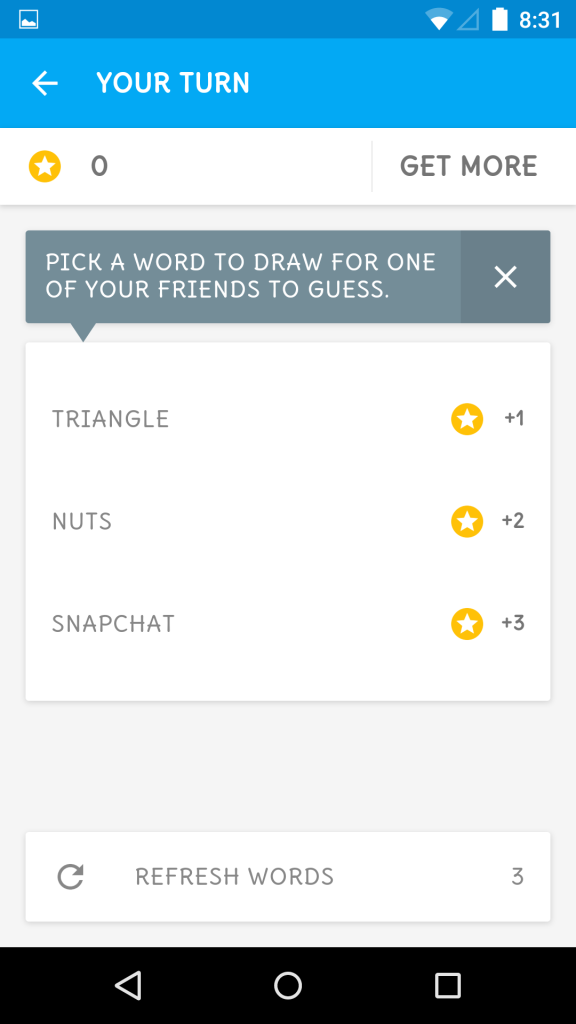 There really isn’t much unique or special about the gameplay in Doodle Draw – what’s notable is the integration with Facebook Messenger. Notifications from the app are powered by the messaging app, and the thinking goes that these kind of integrations will both increase the richness and engagement of messaging with friends (beyond just sending emoji back and forth) as well as provide another avenue through which developers can find virality for their apps.

This kind of asynchronous gameplay makes sense for a messaging application where the sender and recipient aren’t always looking at their messages at the same time, so it’s not surprising that this game –which reminds me of a party board game like Taboo – is the first to be tightly integrated with Messenger on Android. Hopefully the next ones will be more interesting and unique, though.