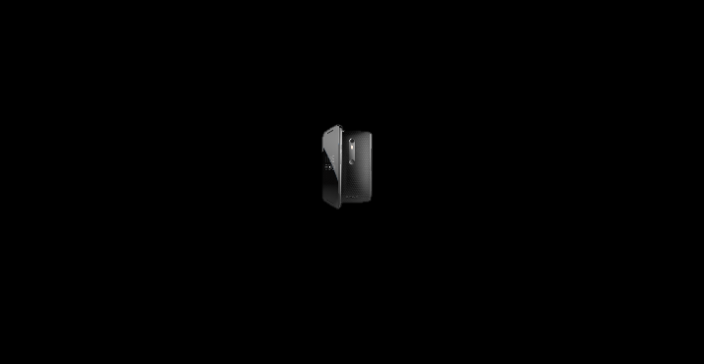 So let’s take a look at what we might know about the next Moto X, given this new image…

To preface this post, it’s worth mentioning that there’s a reason we’ve passed on these leaks from “Total Tech” over the last couple of weeks. The guy behind Total Tech, known as “TK”, has a history of stealing content from genuine leakers and claiming it as his own, and is accused of using Evan Blass’ health situation to steal thousands of dollars from generous givers. There’s a reason we passed before, and that should be kept in mind as we dig deeper into the things he has shared about the upcoming Moto X.

According to TK’s leaks, there are going to be two variants of the Moto X 2015. The first of which, a larger 5.7-inch model, he claims he has seen in the flesh. He has shared several photos on the web of this device, although they’re very blurry thanks to the many identifying barcodes and patterns that can be found all over it. While many would consider this to make the leak even more sketchy, I can personally confirm that Motorola is very liberal about the possibly identifying markers that they place on their devices. I’ve saw them personally on the early Nexus 6 that I leaked—via a quick mockup—last year. 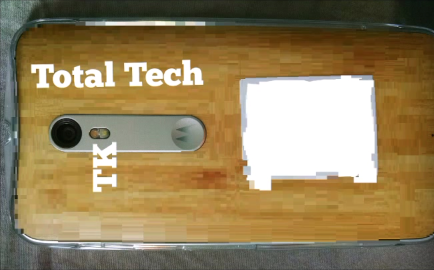 The Moto X 2015 prototype in question

According to TK, the device above has a 5.64-inch QHD Display, a Snapdragon processor, 32 GB storage, 4 GB RAM, and what he says is “amazing” camera hardware that is equivalent to or surpasses that of the LG G4. The device is available in plastic, leather, and wood (as is the current-generation Moto X), but TK says that there’s at least one more rear plate type that isn’t yet available. Additionally, TK says that the device “might” ship with USB Type-C. As I mentioned, the device is rumored to be shipping in the 5.7-inch range, and there will also be a variant that’s closer to 5.2-inches.

Whether he has all the details right or not, the above leaked prototype from TK definitely matches up with the tiny image we’ve now seen from Upleaks. But assuming TK actually does have his hands on the next Moto X (or at least a couple pictures of it), we need to dig a little deeper into what he’s said to see what else he might know. According to his other videos (you can find them below), the next Moto X has a camera app with manual controls and “crazy slo mo effects,” and there’s also a new “Moto Wear” app on the way with support for a non-Android Wear wearable.

As for a timeline for this device, TK says that he’s been tipped an August timeframe. As I’ve said, this is only worth taking with a grain of salt, but his sources apparently claim that Motorola is hoping to beat Samsung’s Galaxy Note 5 to market with their duo of smartphones. He may have a rough past, but this time TK has been corroborated by Upleaks—and that’s saying something.